Driving in France: how to get a French ‘permis de conduire’ 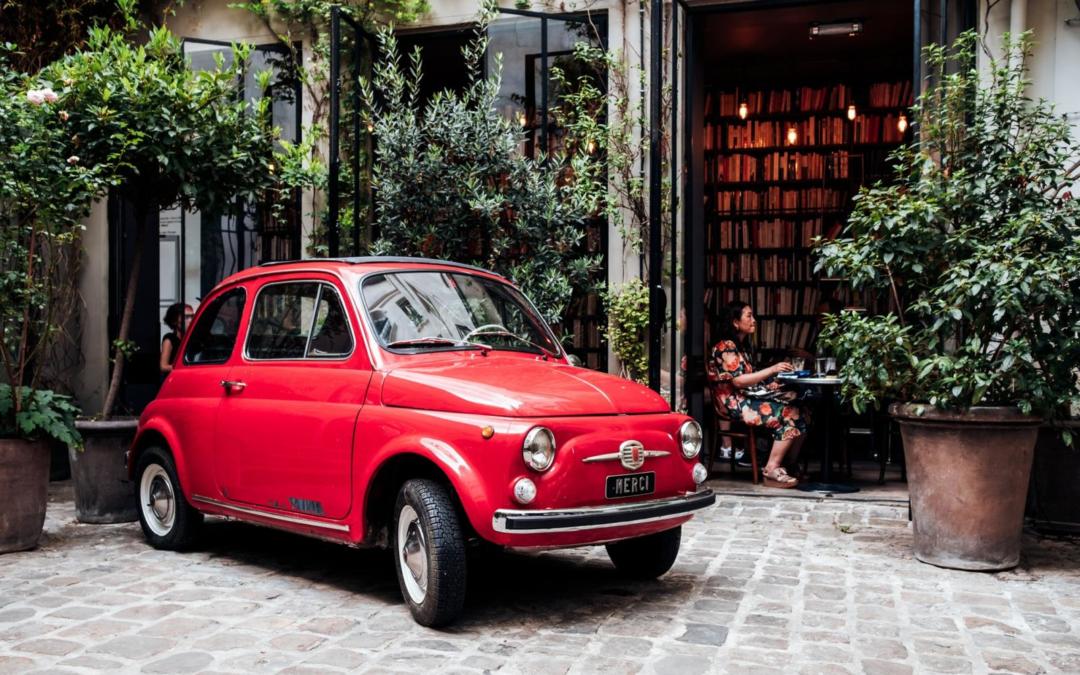 I highlight this tiny difference as an introduction to a much bigger one! Those of us who own a driving licence (UK/EU), may swap it out for a French licence (permis de conduire)…as long as it is ‘clean’. For those holding a driver’s license (US/CAN), it’s not always as easy: Some states/provinces operate a licence exchange program with France. However, those of you from non-exchange states will only be able to drive in France with your current licenses for one year, after which you will need to take the French driving test to get a valid permis in France.

(I’m a Brit writing this, so I’m going with the UK spelling of licence for this article.)

As the spelling takes the middle ground, so do the exchange rules – these licences are exchangeable but only within a year of your OFII-stamped arrival in France.

Here is the list of all countries, including states and provinces, with a French driving licence exchange agreement in place.

US and Canadian licence-holders

If your state or province isn’t on the exchangeable list, and you haven’t moved to France yet, I know what you are thinking. What if I move to a state or province with an exchange program, get a licence from there, then move to France? Genius! Only there’s a snag. You must prove you’ve lived in that state/province for at least 6 months before arriving in France.

But there’s an additional warning for Canadian licence-holders. Canadians have a year to exchange their licence if their issuing province has an exchange program with France. If the issuing state is not in the exchange list, you have only THREE MONTHS to register with a French driving school and subsequently take the French two-part driving test.

The driving test is in French and consists of:

You need a clean licence to exchange

Remember any licence you wish to exchange should be clean; that is, free of any penalties, endorsements or suspensions. To prove this, you need to submit a document provided by the licence-issuing body in your home country. These documents must be under three months old at the time of exchange request.

UK Case study: You have an old-style UK paper licence which has expired points still showing on it. To prove that your licence is now free of endorsements, you should ask the DVLA to send you a Certificate of Entitlement (request by phone, post or online).

US Case study: You have had a Maryland licence since you were 16 and have now decided to retire in the Mediterranean sun. Contact the Motor Vehicle Administration in Maryland and order an original of your Certified Driving Record online.

If I can exchange my licence, how do I do this?

The procedure to exchange European-issued licences is different to that of non-EU licences. The French government has recently changed the system, so now you can only exchange a European licence by sending the application by post to a special processing center in Nantes. Then…

If you hold a non-European passport and have a non-European licence, in principle, the request should be handed-in at your préfecture by appointment. However, each préfecture has different rules, and some allow you to drop your paperwork off for processing. Also, there may be a cost to exchange your licence, but this also varies by préfecture.

If you have an EU passport and a non-EU driving licence, you need to provide the same documents as those required for a non-EU passport-holder, but you can post them to the processing centre in Nantes.

Here’s a simple table to clarify.

Exception for Paris residents who wish to exchange any type of foreign licence. This should be done by post.

When should I apply?

You need to supply proof of at least six months of French residency, so you cannot apply before then. As an EU-licence holder, you are not obliged to exchange your licence as long as you keep your (driving) nose out of trouble, as stipulated here: https://www.service-public.fr/particuliers/vosdroits/F1758.

Note: in France, you start with 12 points and they take them off as you commit infractions. You lose your right to drive when you reach zero.

However, with Brexit looming, we do recommend exchanging a UK licence sooner rather than later. Non-Eu licence holders should apply as soon as possible after six months’ residency in France.

You may have heard other foreigners say they’ve driven for years in France on their old licence. However, see the two points below for incidences where the repercussions for not having exchanged your licence can lead to problems:

Scary point for EU licence holders! If you commit an infraction that incurs a fine whilst driving in France, you are legally obliged to exchange your licence within the next 12 months. If you do not, and you try make the exchange more than a year after your infraction, you will be denied a licence and must take the driving test in France (yes, in French!).

Warning! If you commit an infraction or have an accident, and your driving licence is not valid in France, your car insurance will not cover anything.

And what if I want to continue my rights to drive a 16-wheeler?

For those wishing to exchange a licence for driving a vehicle other than a car or motorbike, such as heavy goods vehicles or larger passenger vehicles, or for towing over 3.5 tonnes, for example, you will need to pass a medical examination. Extra forms need to be completed and after your appointment with a doctor chosen from a dedicated list, you will continue your application paperwork as per the formalities for your country’s licence exchange procedure.

And if I need help?

We can guide you through the process step-by-step, completing forms for you, advising which documents you need and which rules apply to your case.

Also, after the successful release of our Health ebooks, we are now working on our Driving ebook package. Watch this space or let us know if you are interested in pre-ordering. The Driving ebook pack will include ebooks on:

Note that all information is correct at the time of going to press, however these procedures are susceptible to continuous change. To be sure, contact us for absolute up-to-date information if you wish to obtain a French driving licence.

If you need a hand applying for your French driving licence, whether that be through exchange or taking a French test, Renestance can guide you through the process.

More information for UK licence holders – DVLA: https://www.gov.uk/contact-the-dvla/y/driving-licences-and-applications
More information for Australian license holders: http://france.embassy.gov.au/pari/driving.html
Further information from the New Zealand Embassy: https://www.mfat.govt.nz/en/countries-and-regions/europe/france/new-zealand-embassy/living-in-france/drivers-licence/
More information on the IDP for South African license holders: https://www.aa.co.za/products/membership/international-driving-permit
For further information about provinces with three months’ driving validity see this link from the Canadian Embassy in France: http://www.canadainternational.gc.ca/france/consular_services_consulaires/driving_other-prov-conduire_autre.aspx?lang=eng
For information from the Canadian Embassy in France on licenses with a year’s validity: http://www.canadainternational.gc.ca/france/consular_services_consulaires/driving_other-conduire_autre.aspx?lang=eng