Discovering Capitelles in the South of France

If you’re lucky enough to be traveling around the South of France, you might spot fields of lavender and sunflowers. Around the vineyards, you could come across low, dry stone walls and huts dotted across the landscape. 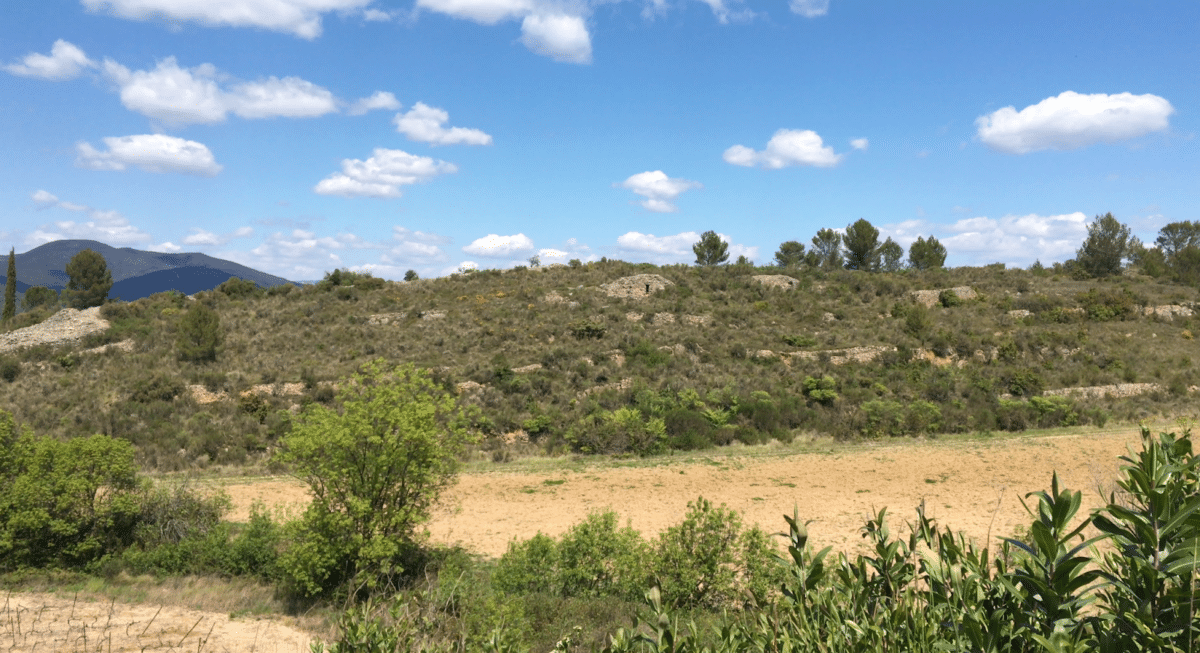 These stone structures have been in existence for centuries, made by hand from the stones cleared from the vineyards. Without mortar or cement, the art of building and balancing these structures, stone by stone, is part of France’s rich agricultural and viticultural heritage. 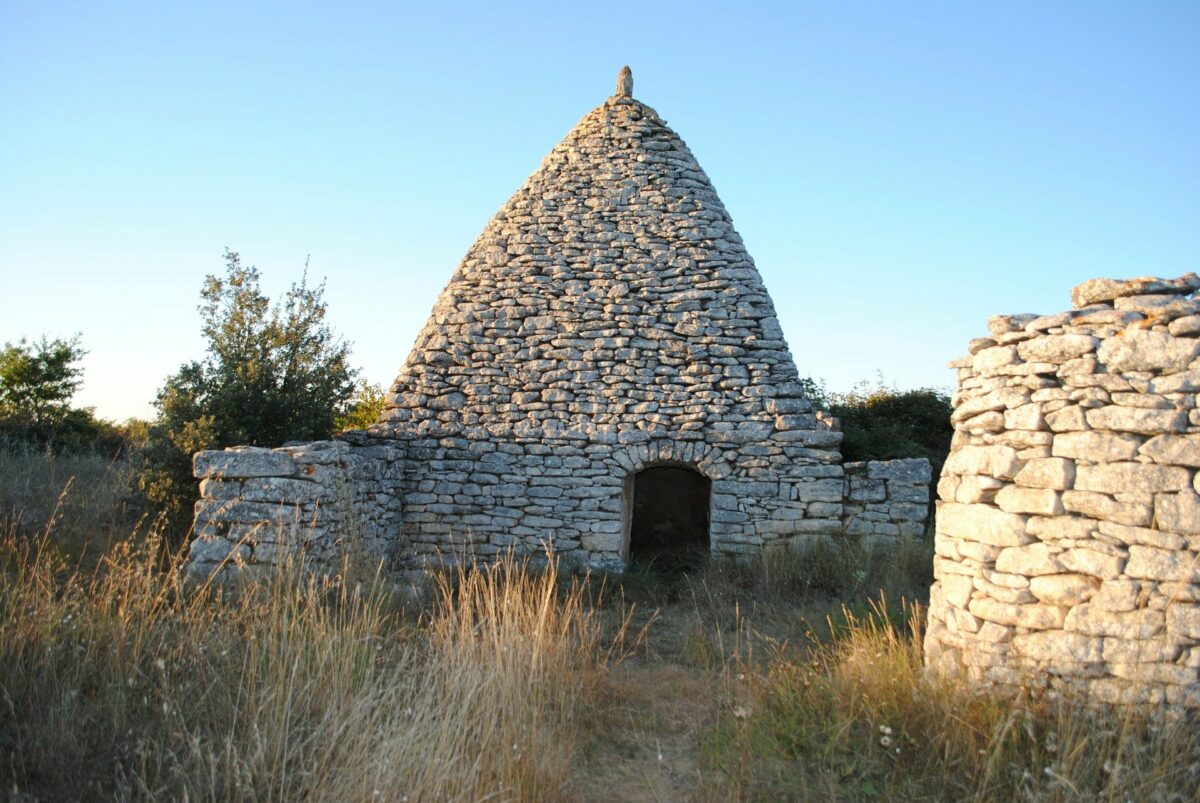 In Languedoc, these huts are called Capitelles – taken from the Occitan word capitello, meaning vineyard hut.

Originating in Nîmes in the Gard department of Occitanie, the ‘slang’ term Capitelle was adopted by neighbouring départements (Aude, Hérault etc) to describe these small vaulted structures. Often with cone shaped roofs and built on land at higher altitudes, they were used to store tools, the harvest, or to protect the workers from thunderstorms or the summer sun. 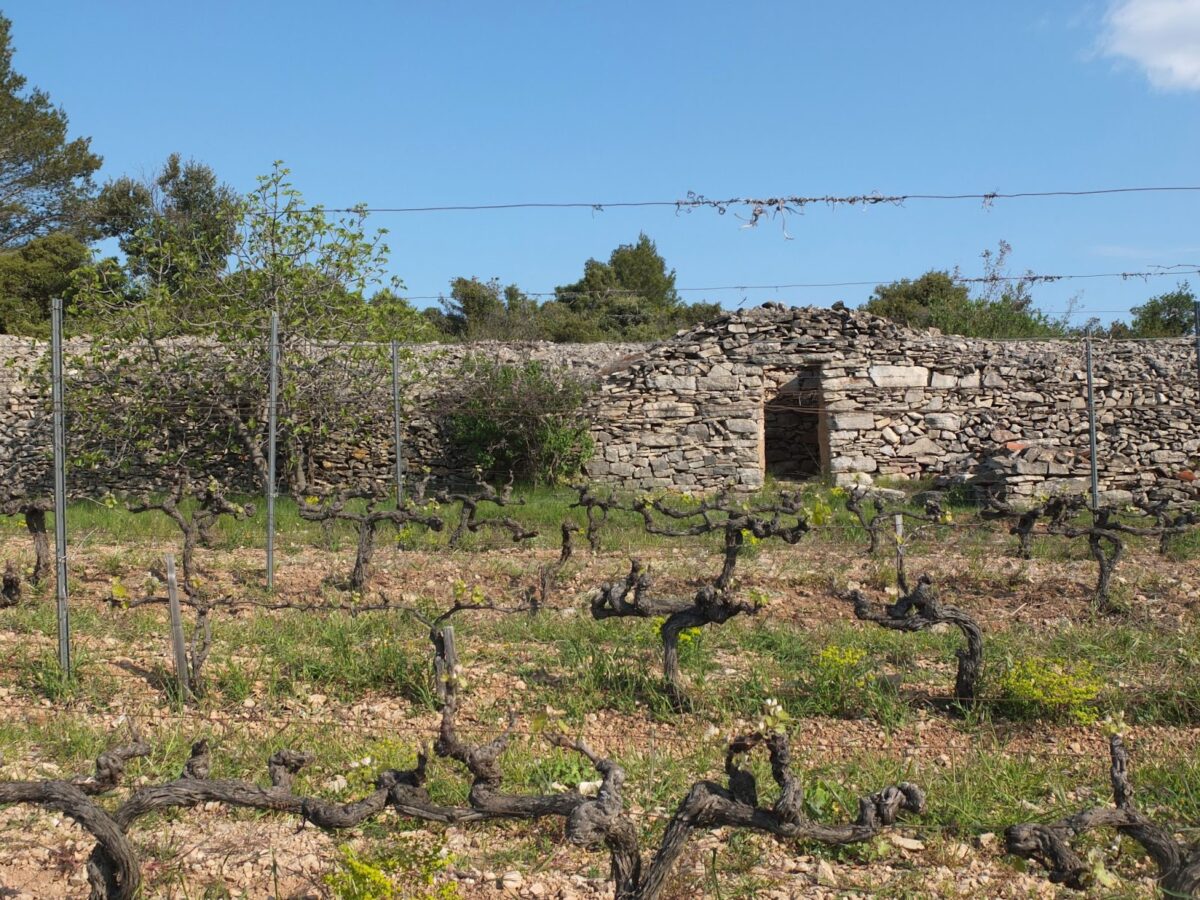 Where will you find a Capitelle?

Usually where there are expanses of vineyards and scrubland at a higher altitude, often referred to as la garrigue.

The Saint-Chinian area, (considered one of Languedoc’s most popular towns for retirement), is world famous for its wines. The grapes grown here are strongly influenced by the surrounding garrigue and the shale stones and wildflowers that line the vineyards. 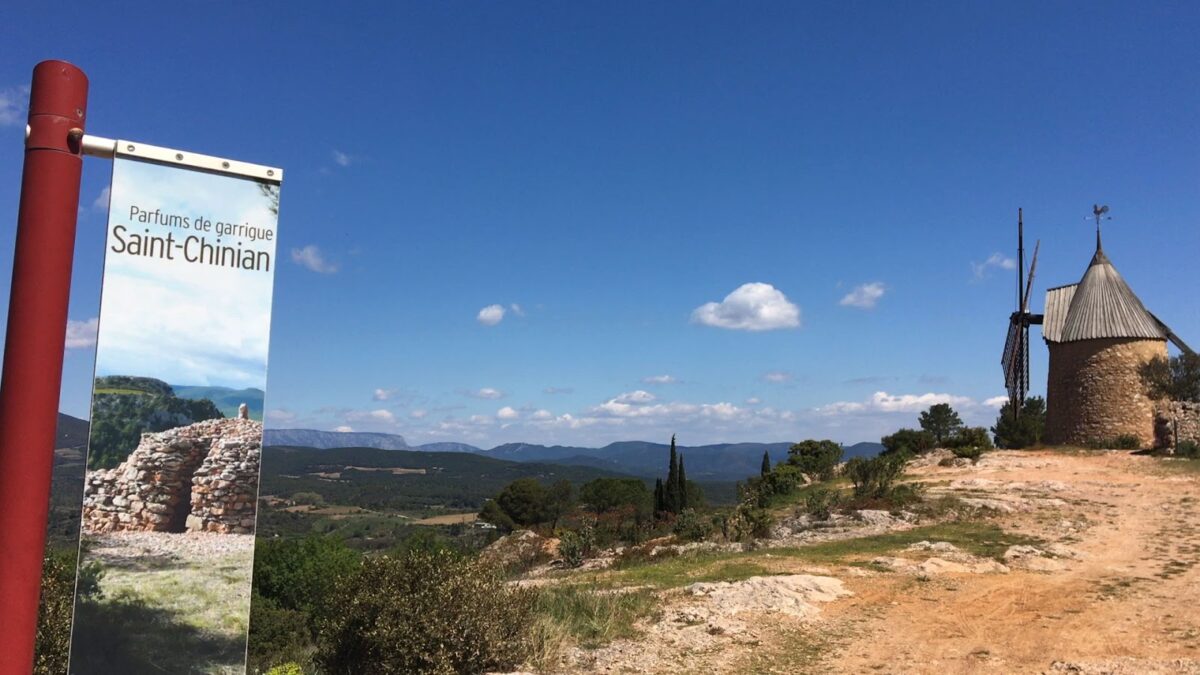 From the windmill Moulin du Rocher overlooking Saint Chinian, you can follow a well marked trail Parfums de Garrigue to discover a series of Capitelles where you can step inside some of the different stone structures dating back centuries, some fully restored. The walk has stunning views over Saint Chinian and the valley, and to Mont Caroux in the Black Mountains beyond.

Also in Languedoc, in the hillsides of Faugères, another famous wine-growing area, you’ll find other restored windmills and Capitelles.

For walk routes and guides see:

In other areas of southwest France where the French language has other influences, the term for these dome shaped structures is ‘Borie’. You can visit an entire village of Bories at an open air museum near Gordes in the Luberon, Provence. 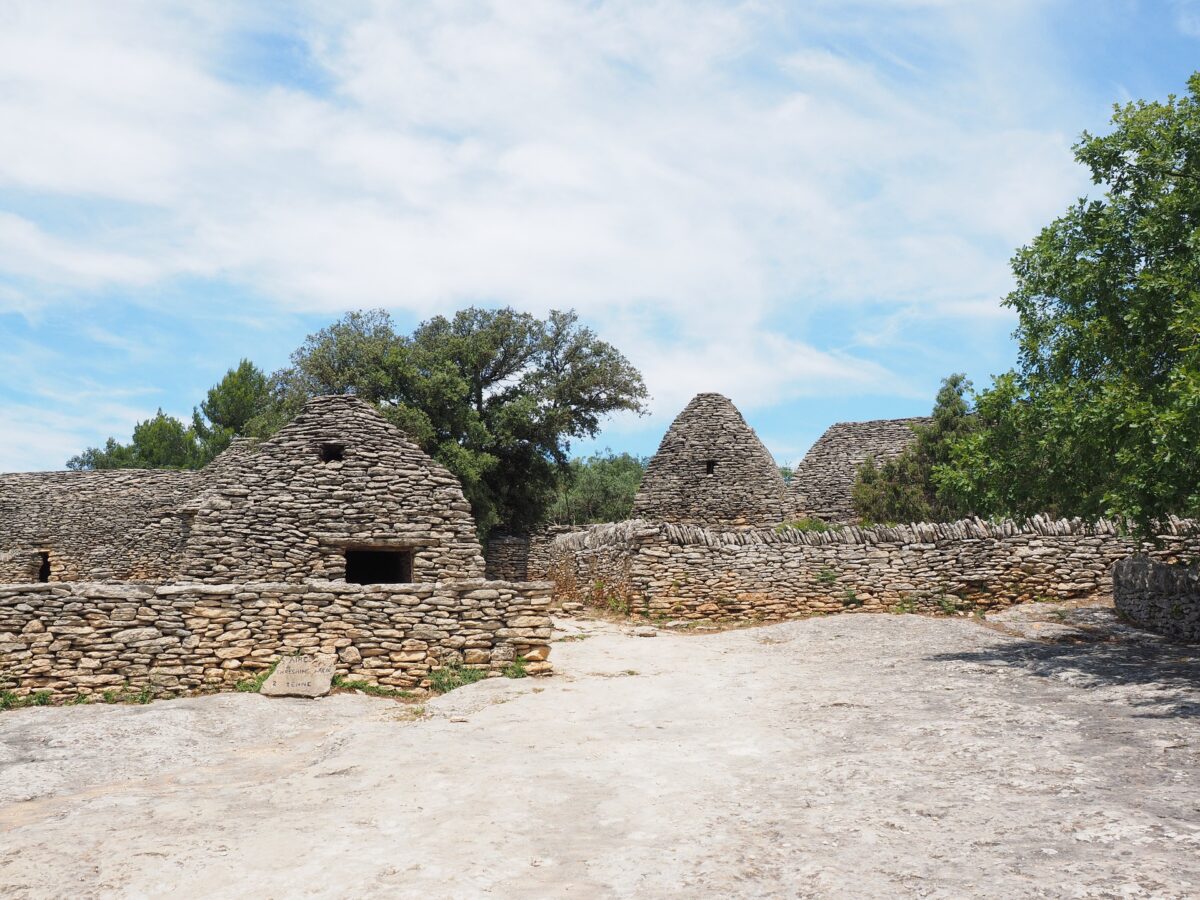 They are fascinating to visit, not just for their structural quality but for the walks, wildflowers and wines you may also discover along the way – bonne visite !