8 common clichés about France and the French 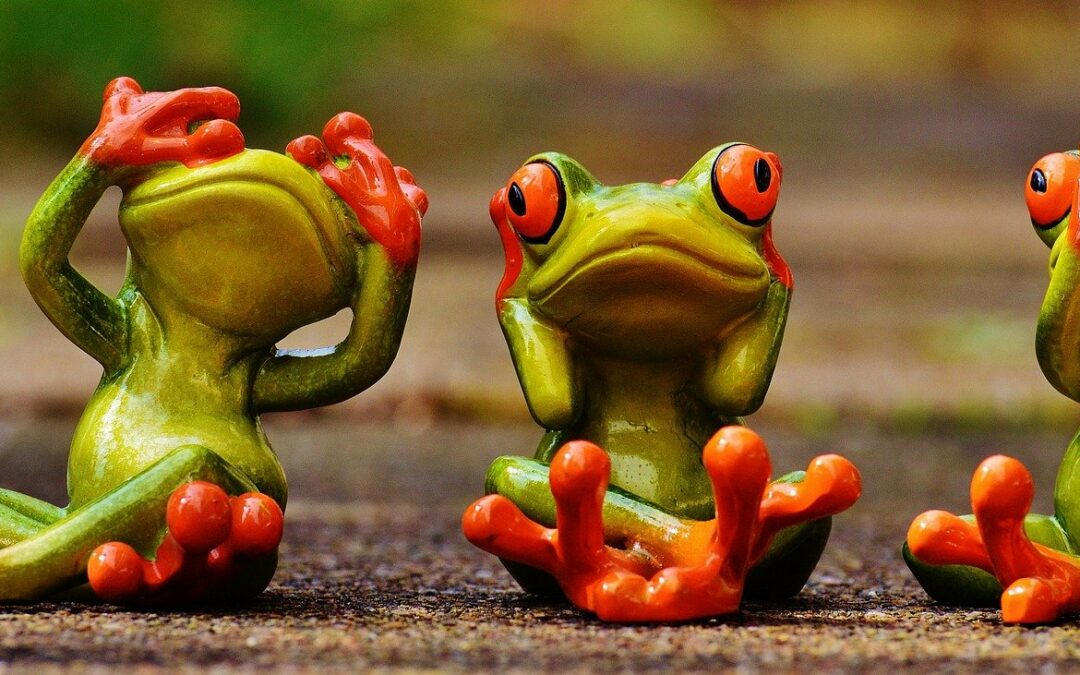 Much as we may not like to admit it, clichés do have a hint of truth about them, which is why comedians and cartoons love stereotypes! For example

In heaven: the mechanics are German,
the chefs are French,
the police are British,
the lovers are Italian,
and everything is organized by the Swiss.

In hell: the mechanics are French,
the police are German,
the chefs are British,
the lovers are Swiss,
and everything is organized by the Italians.

We thought we’d take a closer look at some classic French clichés and just how much truth lies behind the stereotype!

1. Everyone eats frogs legs in France

The French import about 4000 tons of frog legs a year, however, you won’t find them regularly on French dining tables. They are mainly eaten south of Bordeaux and around Lyon, by preference prepared with garlic and parsley, but the rest of France will have them only very occasionally, if at all.

2. The French eat the most cheese

With 26 kg of cheese gobbled per person annually, the French are big consumers of cheese, but not the biggest in the world. The Danes, the Finns and the Icelanders eat far more cheese, in fact.

However, France is the country that produces the most different types of cheese in the world, and cheese is considered a course in a meal. The French expression entre la poire et le fromage originates from the Middle ages, when pear and cheese were considered good against gastric reflux. It means “towards the end of the meal” or a more relaxed moment.

Many find it quite shocking, but a lot of French cheeses are made from raw, unpasteurized milk. Isn’t that bad for us? Well, it depends. It can be, if cheesemakers aren’t careful about sanitation, but because the stakes are so high most responsible cheesemakers are obsessive about cleanliness. Many people also hold the belief that bacteria found in unpasteurized milk actually helps fight disease and allergies…plus it makes the cheese taste much better! And the French certainly aren’t against pasteurization in general, as it was invented by Louis Pasteur in 1863.

3. The French are lazy

In Europe, employees work on average 40.5 hours per week. The French? 36! They also have the most paid holidays per year and often take a 2 hour lunch break. And they still love to go on strike!

The result? French productivity is among the highest in Europe!

It is true that most shops are closed at lunchtime. The lunch break is sacred. A three course lunch needs time to prepare, eat and digest! Foreign visitors are also frequently shocked that most shops are closed Sundays – but that’s the law. Everybody has the right to at least one rest day per week. After all, if you live with less stress, you will live longer and healthier. It may take a short while to adjust to, but the ‘lazy’ life is often a feature of the #Frenchdreamlife we find so attractive. It’s the flip side of the slower pace of life you’re looking for! 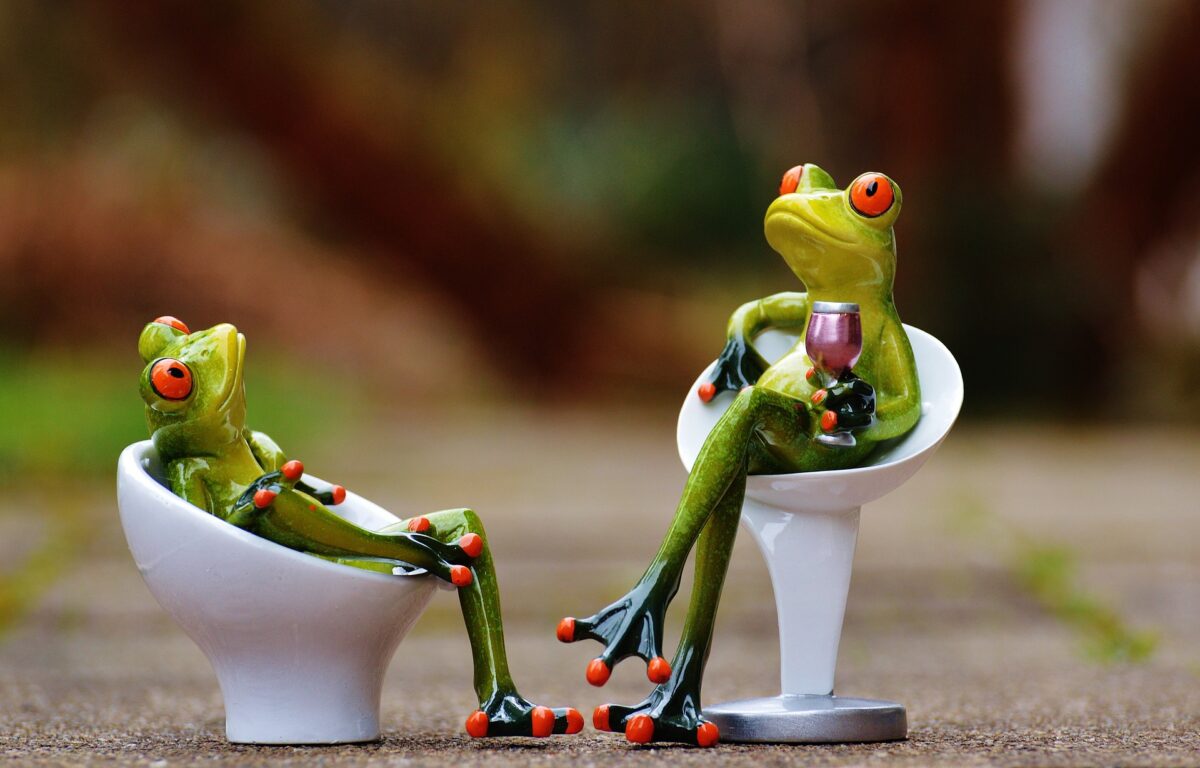 4. All you can drink is red wine

The French drink a lot of wine. A glass for the aperitif, a glass with lunch and probably a glass or two at supper. If you drink like this in France, you will not be considered an alcoholic. The body has sufficient time to get rid of the alcohol, and some – even doctors – consider it healthy. The figures also show that the French drink less and less wine. In 2019 the average was 51 liters per person, a 60% drop in 50 years.

So whilst wine is part of the culture and dining experience, in recent years many French have also discovered craft beer. France has one of the fastest growing and most exciting craft beer scenes in the world. They are brewing, testing and tasting at a huge rate. Every week, 5 new craft breweries are founded in France. Many bars and restaurants will add a couple of local craft beers on their menu and bigger cities will have craft beer bars and brewpubs. The French drink on average 30 liters of beer per year, so in fact it’s becoming more important in wine – in percentage terms.

5. The French are rude

Personally, I think the French are quite friendly and helpful. When entering a shop, even a supermarket, people will greet you with a Bonjour. It’s when you don’t reply to this friendly greeting that they consider you rude and react accordingly! Even if you don’t speak French very well, people will be honored that you are at least trying, and in my experience, they will be very helpful and friendly towards you.

Some English-speakers find it offensive when a French person responds to them in English. However, this may simply be because they don’t have much opportunity to speak English and will grab any chance to do so! At that moment, the best thing to do is to explain that you would like to speak French to them, to practice, but they are free to reply in English, so they can practice too. They will love you for the opportunity.

6. The French are all slim and healthy

You’ve probably heard that for breakfast, the French eat croissants and pains au chocolat with a big bowl of coffee. At lunch, they have a three course meal cooked in olive oil and washed down with wine. And in the evening, another three course meal, now with cheeses and again – wine. Yet the French are healthier, slimmer and they live longer than many people who live on a no-fat, no-dairy, gluten free, vegetarian, vegan, macrobiotic diet!

In reality the French may have croissants at breakfast maybe once a week; the three course meal at lunch time with a single glass of wine can be healthier than copious amounts of fat and a whole bottle of wine in the evening. Children will have a three course meal at school, accompanied by tap water, no soft drinks. Yes, sometimes they will order a pizza for supper, but then it’s usually one or two pizzas for the whole family. It’s widely considered unhealthy to eat a lot before you go to bed.

The French are as capable of being healthy and slim as anybody else, but they also like good food, excellent wine and great company. They have found a balance between excessive celebrations and daily healthy habits. They also tend to eat smaller portions and quite slowly, so the stomach has time to send the signal to the brain that it’s full, which prevents overeating.

When you watch an American movie, there is often a scene in the French countryside. A local Frenchman is driving an iconic 2CV wearing a beret, smoking a Gauloise caporal and carrying a baguette under his arm. The Citroen 2CV – “La Deudeuche” was invented in France by Citroën and while there have been almost 10 million built worldwide, they are now a collectors item and only about 100,000 remain. Most of them are stored safely, only to be driven on very special occasions – nowadays they are considered an investment rather than a means of transportation!
Fewer and fewer French still smoke the heavy Gauloises bleues and as for the headwear, hardly anyone wears a beret either, unless they are in the military or an older gentleman playing pétanque. 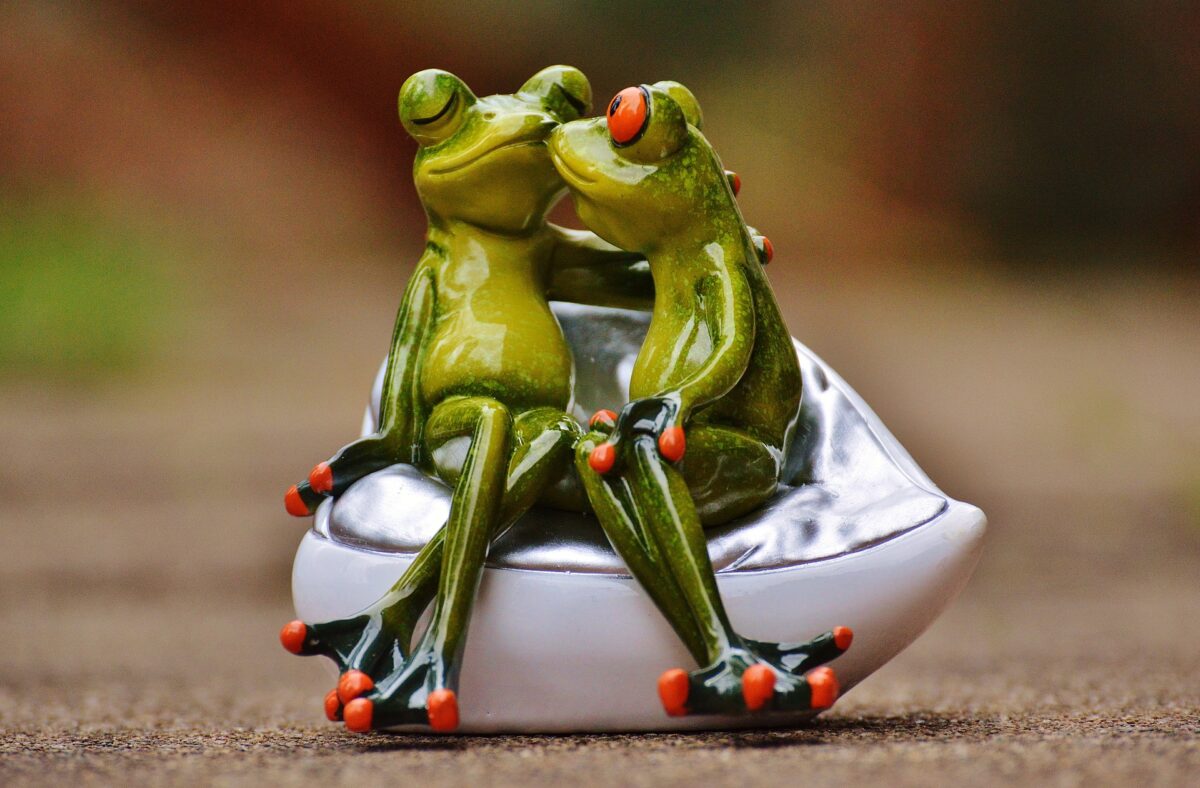 8. French kissing is the norm

First of all, everybody kisses everybody in France : women, men, children. The general French word for ‘to kiss’ is embrasser.

When greeting friends or family, it is customary to kiss on the cheek. Two, three or four kisses, depending on where you are in France. This friendly kiss is called une bise. (When renesting in France, it can be complicated to find out how many times you kiss on the cheek, because it differs from one département to the next!).

A kiss among family or close friends is called un bisou. When you are in love, you kiss on the mouth and that is called un baiser (not to be confused with the verb baiser). Don’t kiss children on the mouth, unless they are your own…and even then, the French might find it strange.

Finally : ‘French kissing’ or un patin or une pelle is reserved for lovers. Don’t ever French kiss your boss or your mother in law ! At least, not without their consent 😉

Do you have any other clichés about French life you’d like to add to this list? Let us know in the comments and we’ll do our best to investigate!

A long time ago, when animals still spoke, I grew up in the absurd and imaginary Kingdom of Belgium. A miraculous world of the Smurfs and Tintin, birthplace of Audrey Hepburn and Manneken Pis, where chocolate rivers flow and the jam is being pumped. All this made me want to become the jester eating frites and drinking beer, mocking the lord, secretly conjuring a smile on the face of the beautiful yet sad lady. 7 years ago, I left these mystical wetlands and I arrived in the land of wine and honey which turned out to be equally as mysterious as my birthland. I’m a tourist guide in ‘Montpelhièr’, where I tell stories about nice and weird and fuzzy and crazy people wearing hats or crowns or berets. I show travelers where the gargoyle dragon sleeps it’s eternal sleep, but only if they promise not to wake it. I lead the way through the narrow and winding roads of the medieval city. I engage myself in helping newcomers that – just like me – have fallen madly in love with this sunlit region. Whether you need shelter or a guide through the dazzling yet maze-like world of French administration, I’ll be there for you.

All articles by: Wim Maertens