What does Molière have to do with Pézenas? 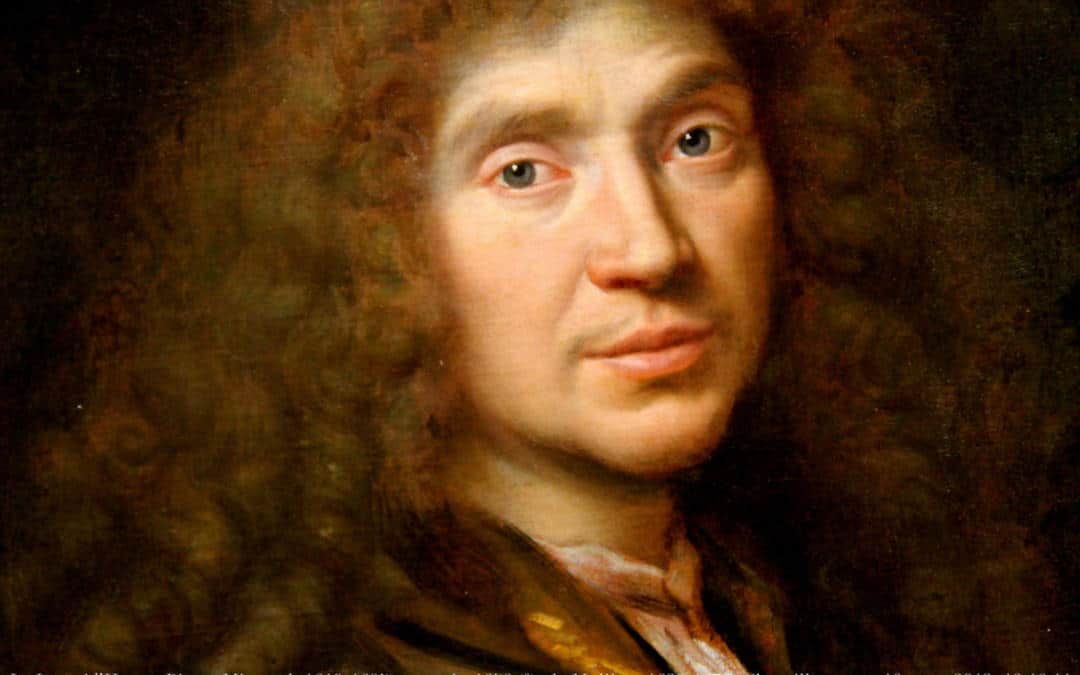 “This won’t be easy. I shall probably be lynched. You can hardly blame the pleasant town of Pézenas for gathering France’s greatest comic dramatist to the municipal bosom. Where would many places in England be if Charles I or II – roughly Molière’s contemporaries – hadn’t hidden in oaks or laid their heads here and there? Far be it from me to put the cat among the Piscénois, but in fact Molière’s connection with Pézenas is really a bit overpuffed. There. I’ve said it.”

Molière was born Jean-Baptiste Poquelin, in Paris. His father held a royal sinecure. There are conflicting accounts of the young Poquelin’s studies. He showed an early gift for theatre, and in 1643, at age twenty one, he founded a company in Paris called the Illustre Théatre, changing his name to Molière. No one knows why. The Illustre Théatre overreached itself, fell foul of the anti-theatre church and collapsed. Molière was imprisoned for debt. On release he left Paris, and joined a travelling company with several former colleagues. Exactly how Molière spent 1645-58 is uncertain and clouded with legend. The sparse evidence shows that in those thirteen years Molière toured France widely, latterly with some concentration in the Languedoc.

Strolling players lived precariously, prospering only under the patronage of a grandee powerful enough to override the church’s opposition. This troupe’s talent, inspired by Molière’s genius for acting, dancing and topical improvisation, attracted several aristocratic patrons. The Comte d’Aubijoux, Louis XIV’s lieutenant in the Languedoc, took Molière under his wing, requiring, among other things, the troupe to entertain the annual meetings of the Etats du Languedoc, the regional parliament, which occasionally met at Pézenas.

Aubijoux died in 1656. Molière found himself increasingly on the payroll of a royal family outcast, the Prince de Conti. This hitherto diseased, disgraced and half-mad black sheep had exiled himself to Pézenas, almost as distant from Paris as possible. Meanwhile Molière started writing his own comedies, a step up from the stock drama and semi-pantomime his troupe offered. His two earliest plays, maybe written in the Languedoc, show little of his later magic.

Everything changed in 1658. Conti was persuaded by the bishop of Alet that only the strictest religious observance and devotion to good works could cure his syphilis. So no theatre. The troupe, already looking elsewhere, was sacked. Molière and his players were recommended to Louis XIV’s brother, recently come of age.

They left for Paris. Curtains opened on fame, fortune and Molière’s meteoric career as a comic dramatist. The great comedies followed. 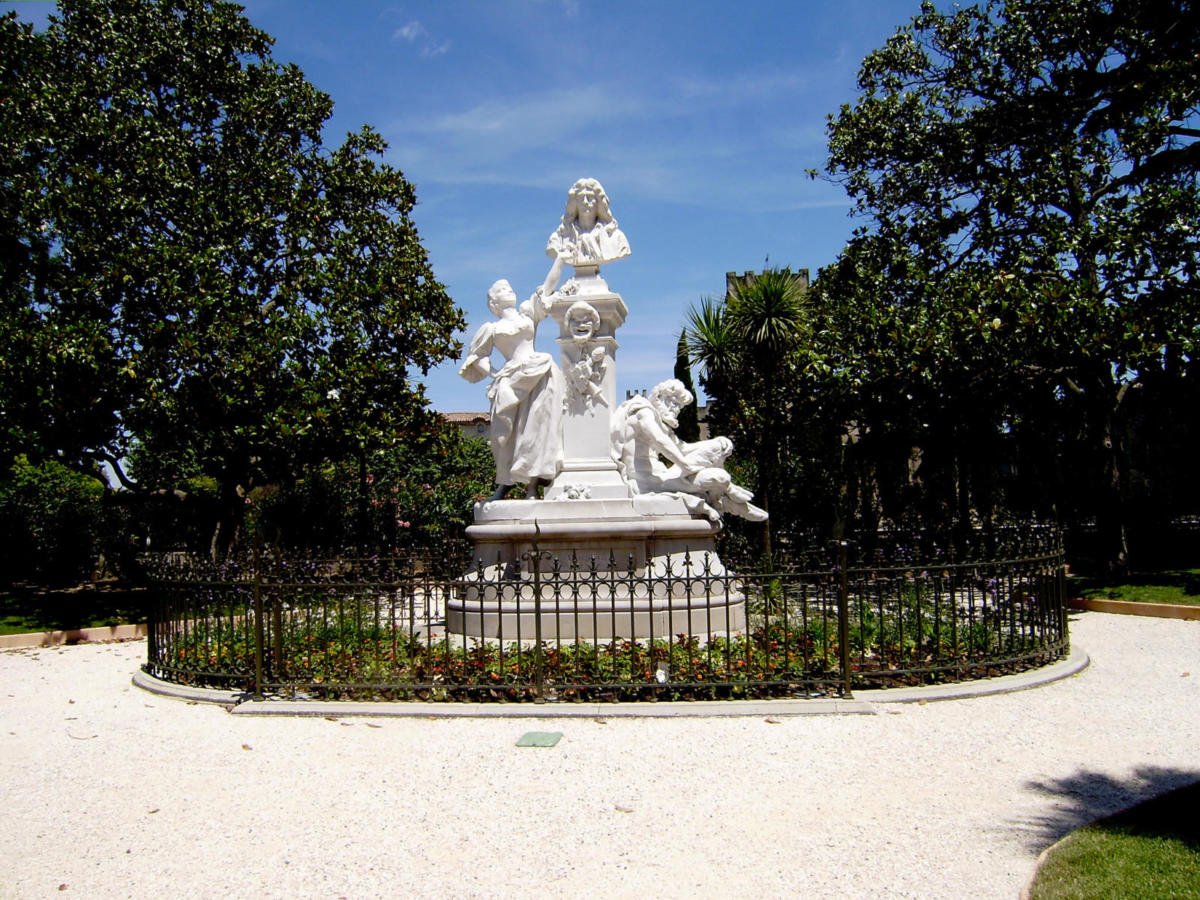 Conti certainly redeemed himself, becoming an earnest and well-intentioned Governor of the Languedoc. Among his memorials is his book condemning comedy as wicked and irreligious. Whatever his previous involvement with Pézenas, Molière never returned.