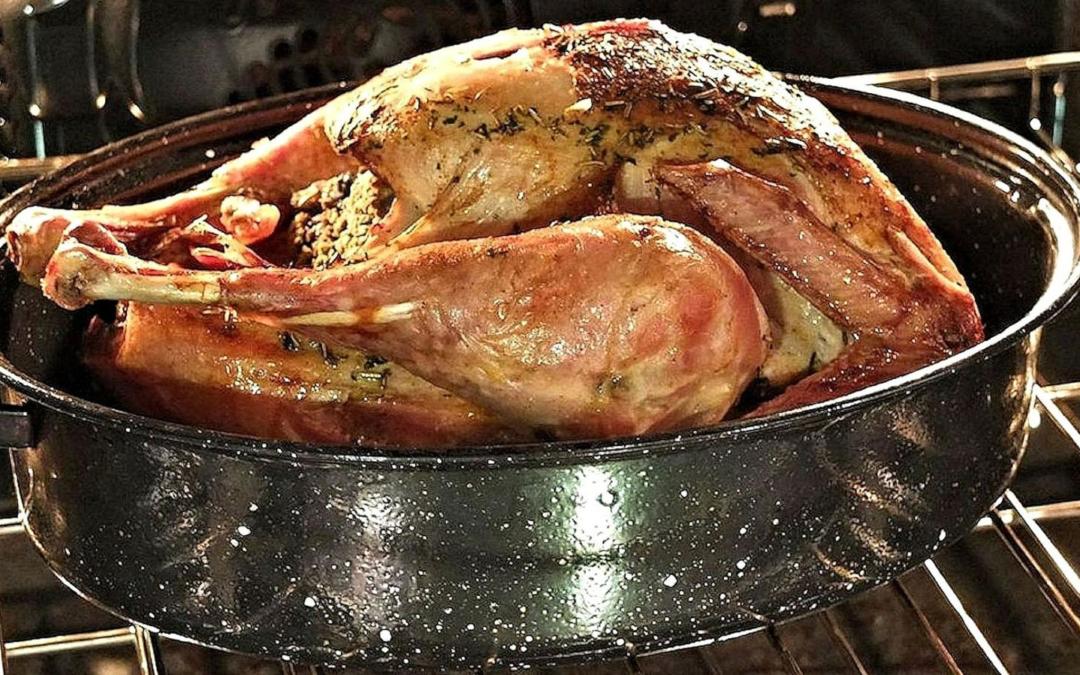 Thanksgiving and Christmas holidays are the time of year when poultry is on many tables across France. To help you shop for the right bird, and to save you a couple pitfalls, here are some poultry related terms and references that might be useful. 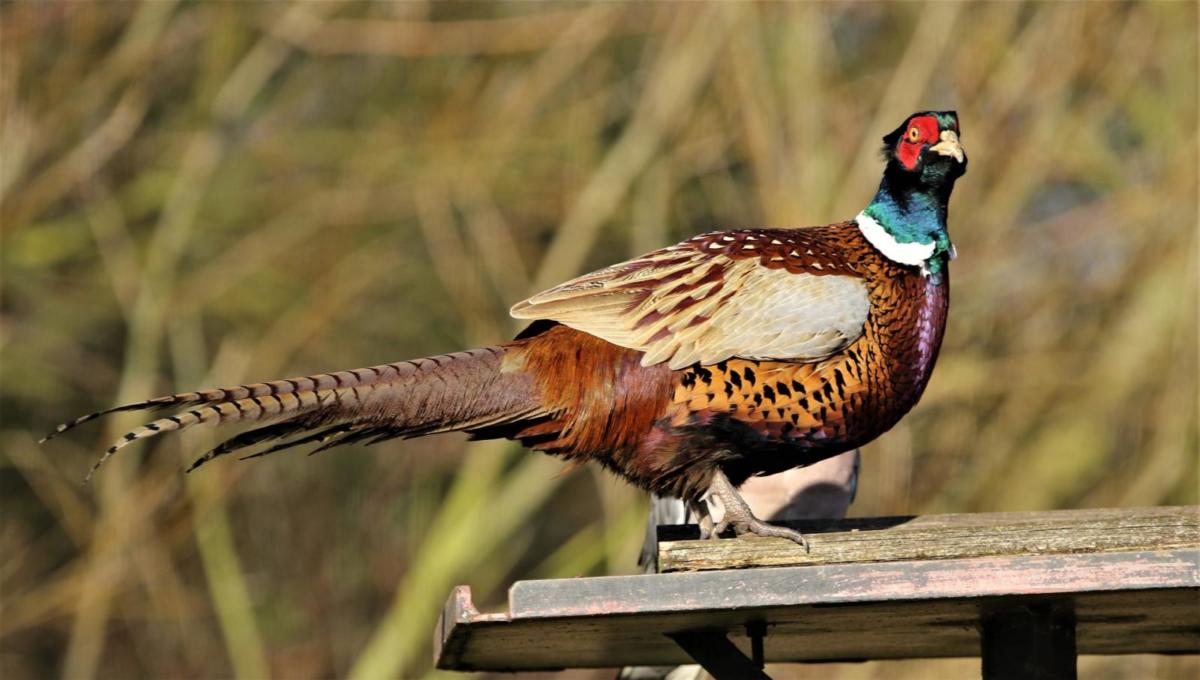 Any bird that is raised for their eggs or meat is defined as poultry and there are 5 main classifications – all generally referred to in French as ‘volaille’. These are:

Originally from Africa, guinea fowl, la pintade, is common in France. It is a lot smaller than a chicken with meat that’s slightly leaner, darker and tastier. Guinea fowl is somewhere between chicken and pheasant, and one bird will usually serve 2 people. 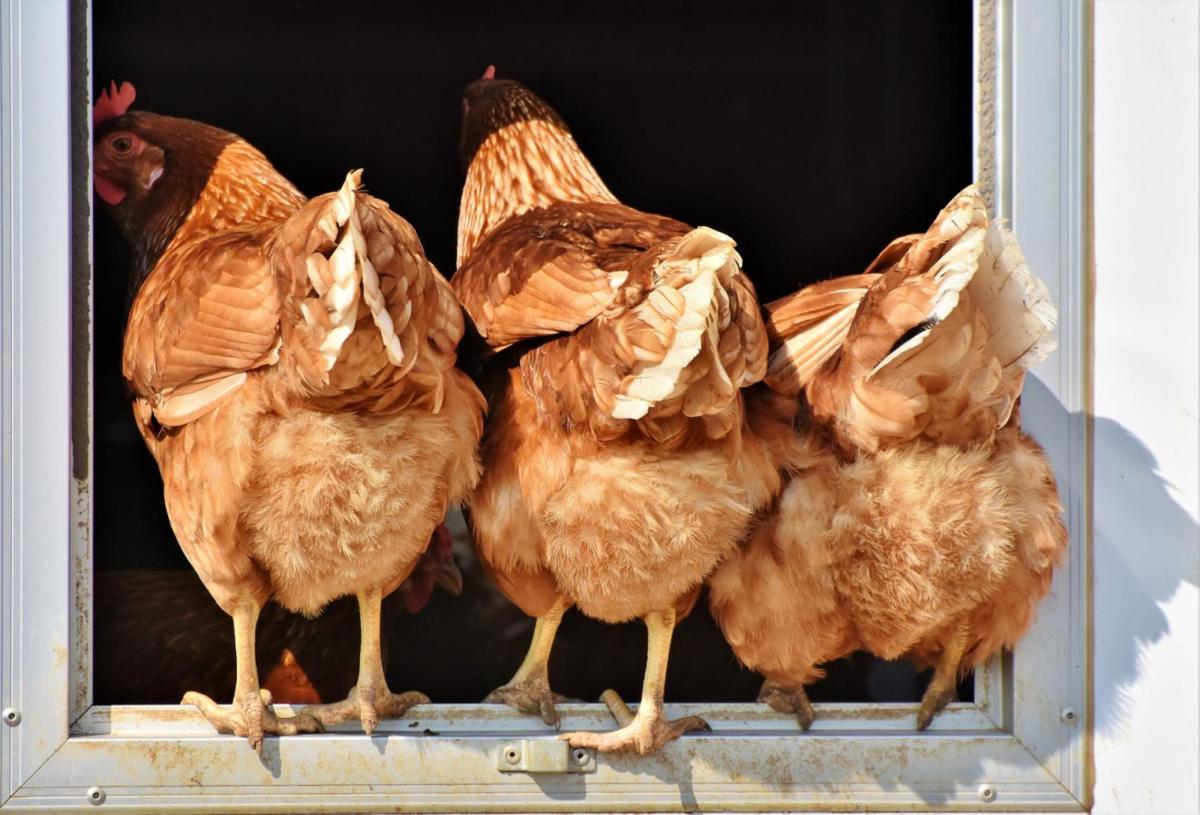 Chicken, le poulet, is generally considered a neutral tasting meat. In France you will find whole chickens for sale in supermarkets in addition to cuts such as breasts, thighs, legs/drumsticks and wings.

There has been much press concerning bleached chicken and farming methods, and we recommend looking for ‘Label Rouge’ or organically reared (bio) chickens. A farm chicken, poulet fermier, is more likely to have seen daylight and be naturally fed.

Like certain wines and French cheeses, a Bresse Chicken, ‘poulet de Bresse’, has ‘AOC – Appellation d’Origine Contrôlée’ status. They may only be produced from white chickens of the Bresse breed raised within a legally-defined area of the former province of Bresse in eastern France. It is consequently a more expensive bird, but you can be sure of its origin.

A ready-to-cook farm chicken, ‘poulet fermier prêt à cuire’, will be prepared and have head, feet and internal organs removed. A chicken bought from a butcher will usually be unprepared, leaving you the chef to do the work! If you’d rather avoid that challenge see our useful list of terms below!

Particularly during the festive period in France, it is traditional to eat chapon, and in some cases poularde. Both of these ‘chickens’ are bred for this purpose. Poularde is a culinary term for a chicken that is at least 120 days old at the time of slaughter and fattened with a rich diet that delays egg production.

A capon, ‘le chapon’, is a cockerel that has been castrated to improve the quality of its flesh for food and is possibly fattened by forced feeding.

‘Le poussin’ is a young chicken less than 28 days old at slaughter and usually weighing 400–450 grams but not above 750 grams. 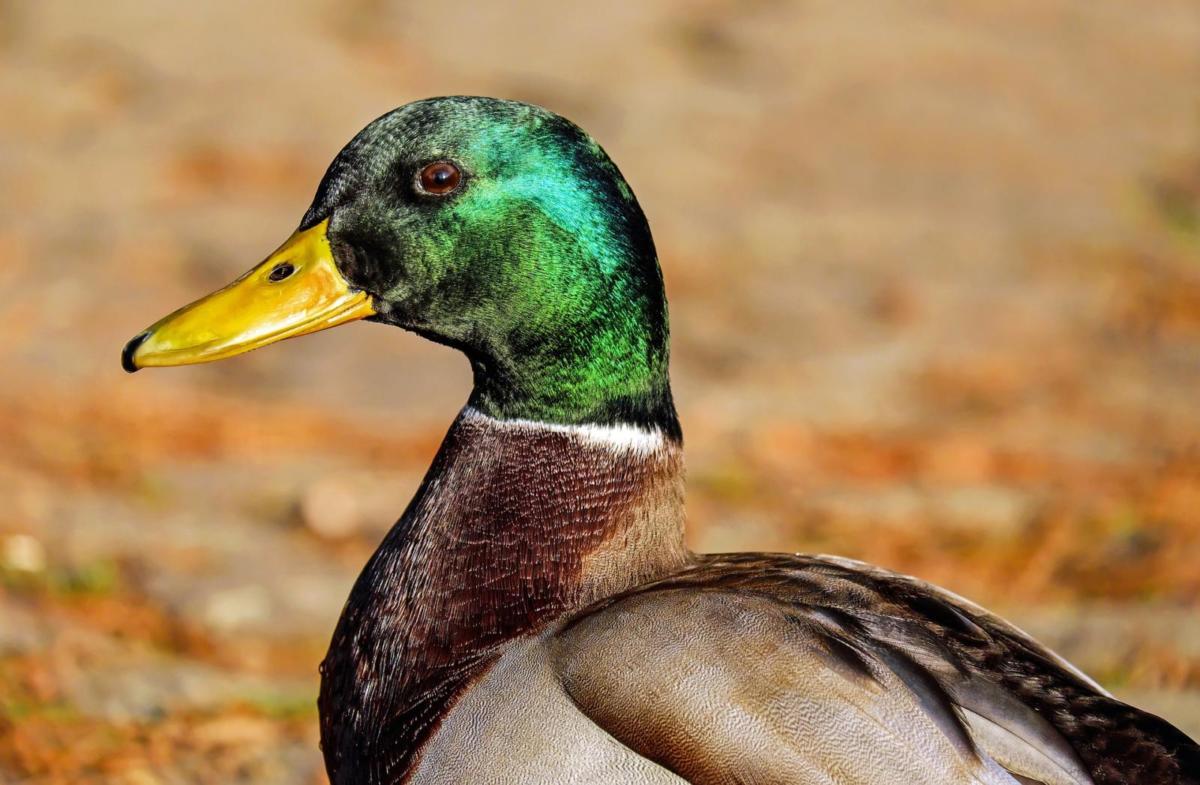 Considered to be a game bird, duck, le canard, is a particularly popular choice in the South and West of France. Its extra layer of fat adds flavor that isn’t too ‘gamey’, and you will find confit de canard (cured and slow cooked duck), or magret de canard (breast of duck), on many restaurant menus. You will usually be asked how you would like your magret cooked, so choose from ‘à point / rosé’ (lightly seared with some juice flowing) to bien cuit for very well done (see our French Food and Cooking Phrases article for more detail on those terms).

With hunting a recognized sport in France, game birds are generally available and found on many menus in the winter months. The term generally used for ‘game’ is ‘gibier’ (which also includes other animals).

When it comes to flying game, there are two main categories

Always be mindful of your teeth if eating freshly sourced game – there is a small possibility the bird may contain fragments of ‘bird shot’. 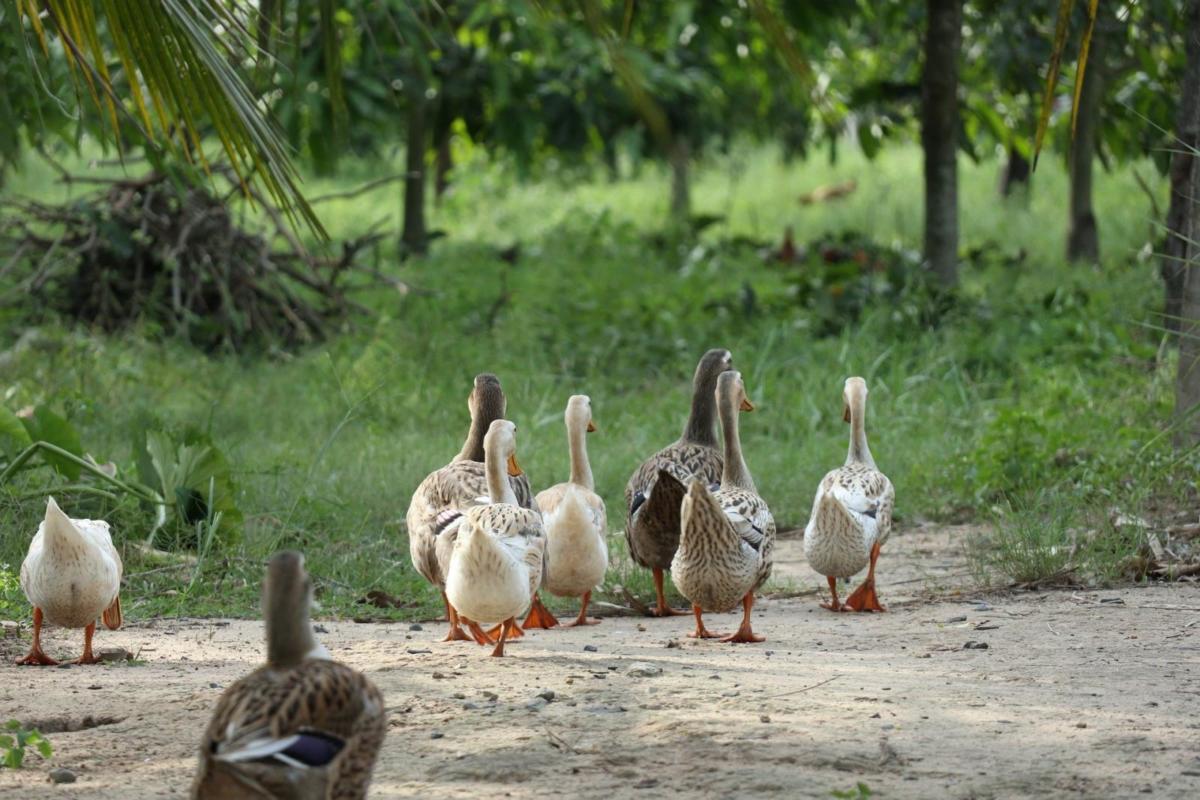 Usually found in the Christmas season, a goose, une oie, can be an extremely large and fatty bird! You may need to reserve one from your local butcher or market as supplies are often limited.

‘Rillettes d’oie’ is a popular meat paté made from shredded and salted goose meat – it has a strong rich flavor and delicious served on bread or toast.

In some countries turkey, la dinde, is the second most popular type of poultry, but it is less frequently seen in France. It has both light and dark meat, a relatively small amount of fat and can be prepared in almost any manner.

Cooking a turkey is different to cooking other types of poultry. The difference in size alone means that the cooking times change substantially. It is usually the bird of choice for serving large groups, such as for Thanksgiving. 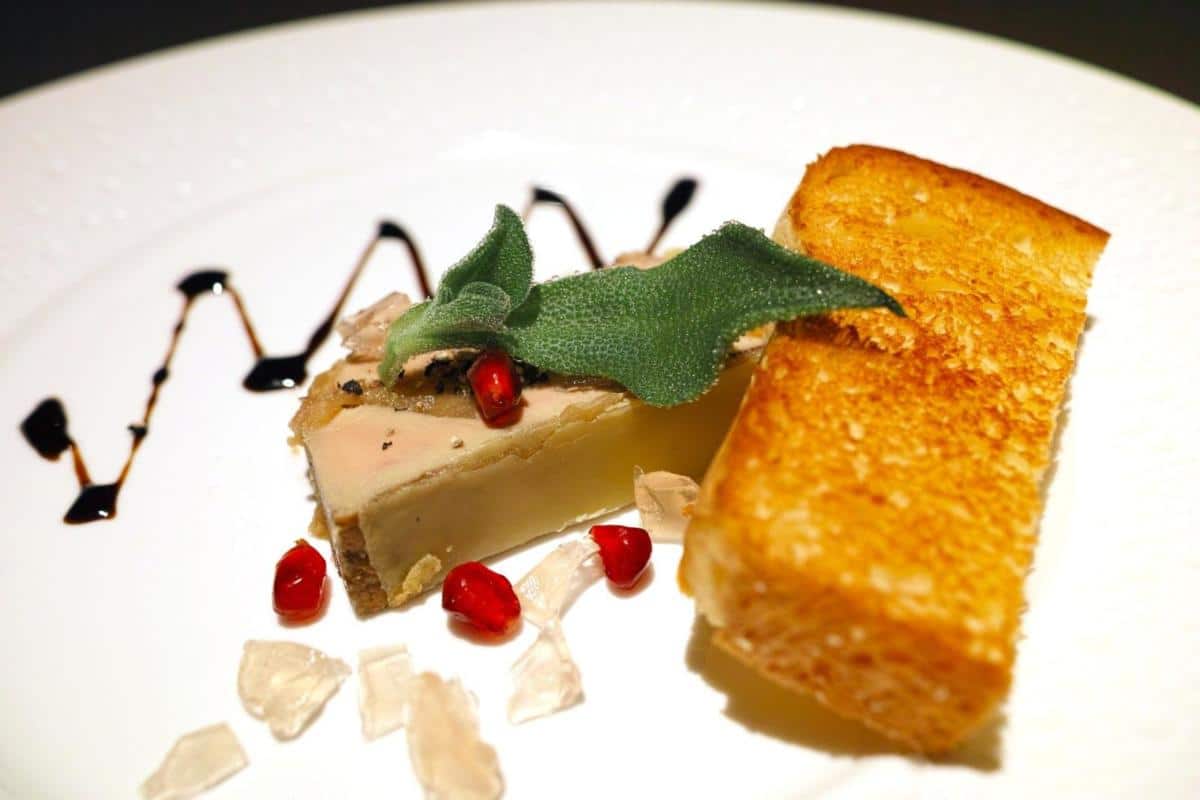 Poultry liver, ‘foie de volaille’, is commonly sold separately and an essential ingredient for making patés and terrines. When a bird is sold complete with its giblets (‘abats’), the heart, gizzard and liver are usually considered the most flavorsome items and rarely discarded. They are used for sauces, patés and so on.

Le foie gras – literally translated to fatty liver – is a food rich in controversy, but it still has an important place in the culinary arts. Foie gras is the enlarged liver of a duck or goose and since Roman times has been considered a delicacy. Fresh foie gras can be grilled, roasted, sauteed, or made into a paté. Keep in mind when cooking foie gras that if cooked for too long it can literally melt away due to the high amounts of fat within it. For an extra special steak, it is sometimes served on top of a fillet – ‘tournedos Rossini’ – but is most commonly pan fried on its own and can be eaten barely booked served with toast and a fruit jam or sweet wine.

Serving poultry – should it be pink?

A safe cooking temperature for chicken and duck is 75°C / 165°F. Check the temperature with an instant-read thermometer in the thickest part of the meat. The thighs and wings should also wiggle loosely in their sockets, and any juices should run clear. In France, chicken, duck and capon will frequently be served a little red or pink – but don’t panic – if this is right at the bone it is usually ok, especially around the joints.

Whatever dish is the main course for your holiday meal, we hope it’s delicious and shared with loved ones. Bon appetit!