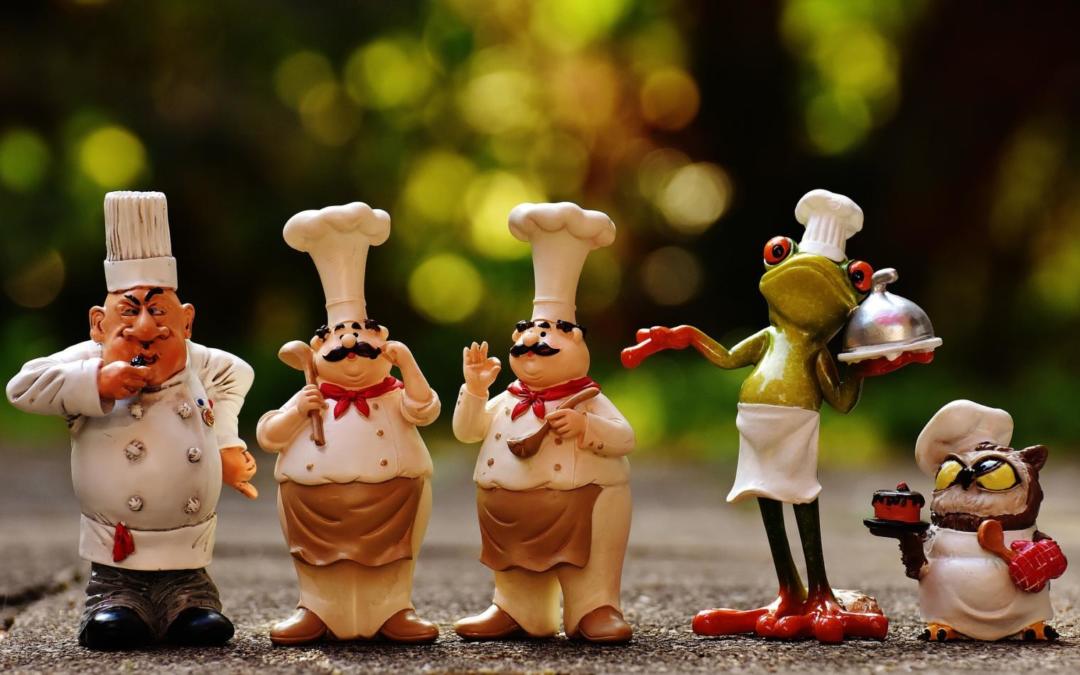 France and food seem to always go together! We’ll take a look at some phrases that pop up frequently in restaurants and cooking – and often with completely different meanings than we thought!

OK so we’ve all heard of a Cordon Bleu Chef – right?

Le Cordon Bleu (‘the blue ribbon’) is a chain of culinary schools teaching French cuisine, culinary arts and gastronomy. It opened in 1895. The name dates back to the 16th century and is synonymous with excellent French cooking. In the 1980s, the school was sold to André J. Cointreau, a descendant of both the Cointreau and Rémy Martin dynasties.

Cordon Bleu on the other hand, is a dish that may or may not have been prepared by an excellent chef! A cordon bleu is veal or chicken meat wrapped around cheese (and sometimes a slice of ham), then breaded and pan-fried or deep-fried. 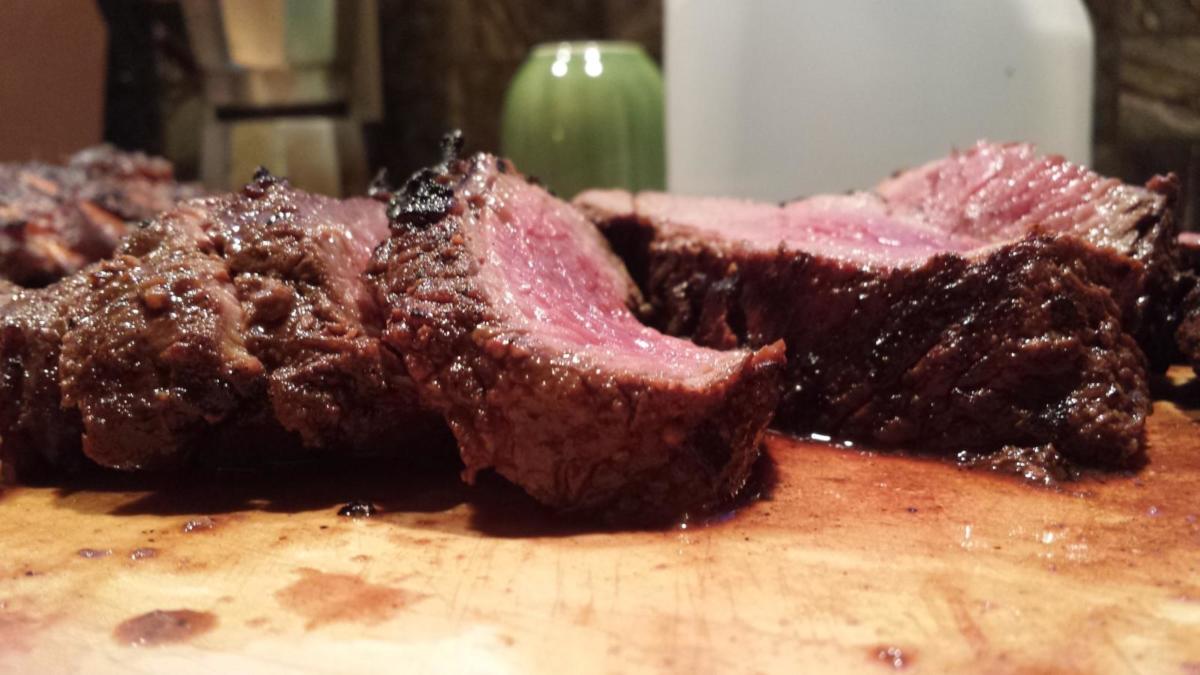 Eating cheval (horse meat) is common in France. Like it or loathe it – it happens. However, a very important distinction is in the following two dishes:

Also on the subject of eggs … 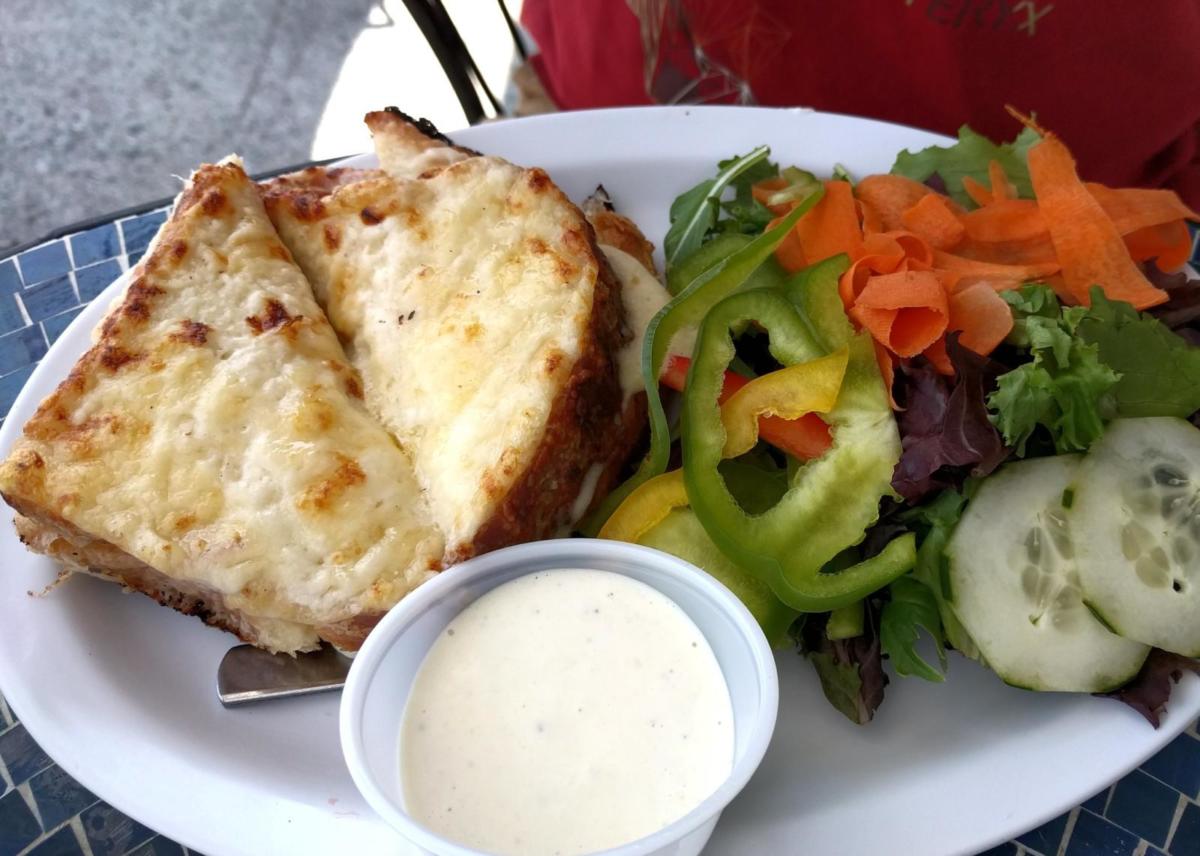 The quintessential French savoury snack! A croque monsieur is a baked or fried sandwich filled with boiled ham and cheese, often with a bechamel sauce. Unlike a grilled cheese sandwich you might be familiar with, the melted cheese is on the outside. The name is based on the verb croquer (“to bite, to crunch”).

A croque madame is a variant of the same sandwich but topped with a fried egg!

When is a fillet not a fillet? There’s almost always a cut of meat on typical French menus, but the cuts vary enormously from those common in the US or UK. There are approximately 12 American cuts, 18 British but 29 French ones!

To help you know what you’re ordering, here is a rough guide in English to the most common terms used:

Note that in France a filet mignon is usually a pork tenderloin – rarely beef!

A few ways of eating Steak

One last thing regarding French meals that tends to trip up North Americans in particular is the word entrée. While it’s often synonymous with ‘main course’ across the Atlantic, an entrée in France means a starter. My mother and I went round and round with a waiter taking our order in Paris once!

Have you discovered some interesting challenges on a menu in France? Please let us know in the comments!