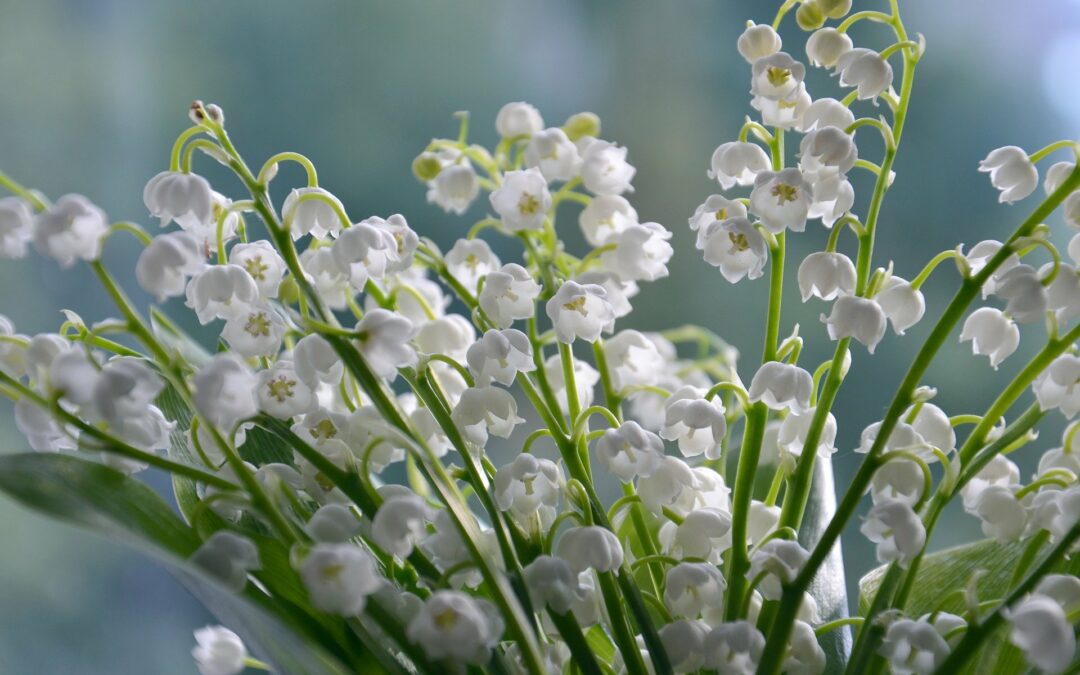 The 1st May is la Fête du Travail (Labor Day) – possibly the only public holiday in France where almost everything is closed for the day! On this date, it is French tradition for Muguet (Lily of the Valley) flowers, a symbol for the month of May, to be given to friends and loved ones.

A gift of good luck

Offering someone Muguet de Mai is to wish them much happiness. Even better: if you offer a sprig with 13 bells, you offer wishes of eternal happiness …!

In mythology, it is said that the god Apollo created Muguet in order to offer his nine barefoot nymphs a soft and fragrant carpet on which to walk.

Christian legend tells the story of Saint Leonard, a hermit who took refuge in the forest and had to fight against a dragon. Having emerged victorious from the battle, it is said that the drops of blood he shed during the battle gave birth to lily of the valley. This legend would partly explain the belief that lily of the valley brings good luck.

Muguet was also the emblem of the songwriter Félix Mayol, famous author of “Viens Poupoule“. The evening of his first concert in Paris, he wore a sprig of lily of the valley on his jacket. The concert was such a success that he decided to keep this lucky lily of the valley, becoming his lucky charm. Shortly after World War I, he purchased a plot of land in Toulon and donated it to the local sports club, RC Toulonnais, for the building of a stadium. The facility, named Stade Mayol in his honor, remains in use today and in honor of the singer, the RTC, the city’s rugby club, has incorporated lily of the valley into its emblem.

Muguet – pronounced Moo-gay is also the French word for thrush. It is considered special because it is fleeting, only flowering between late April and mid-June, for 3 to 4 weeks, often in shady undergrowth. It is the white flowers that have a characteristic odour, often used in perfume (Diorissimo by Dior, Anaïs Anaïs d’Anaïs, Summer Perfume by Kenzo, Pleasures by Estée Lauder).

Muguet production in France comes mainly from the Nantes region, which represents 80% of the flowers. The remaining 20% ​​come from Bordeaux and Saône-et-Loire. (New variations are being developed, with pink flowers instead of white, but it is still the one with 13 bells that really brings good luck!)

A French tradition & a political decision

Muguet was introduced in France in the Middle Ages when in 1560, the knight Louis de Girard de Maisonforte offered a sprig of lily of the valley to the young king Charles IX, son of Catherine de Medici, then aged 10. Very touched by this gesture, the young boy decided to do the same and offered Muguet to the ladies of the court, with this maxim: “Let it be done so every year”, and so a tradition was born.

However, it was not until the 19th Century that Muguet became a symbol for the 1st of May.

On 1st May 1886 in Chicago, the American unions started a movement to demand the eight-hour working day . Despite the protests and dozens of deaths, their request was not heard. A few years later in 1889 in Paris, a similar fight took place but unlike Chicago, the French fight was not in vain – the Treaty of Versailles adopted the eight-hour working day.

Later in 1941 under the Occupation and in order to rally the workers to the Vichy government, Marshal Pétain declared May 1st ”la fête du travail et de la concorde sociale” and the day became a paid holiday. The red rose, until then a symbol of the protests of May 1st and socialism, was replaced by the lily of the valley which is typically in bloom at this time of the year.

After the war, the French government declared 1st May to be a national holiday. It is for this reason that Lily of the Valley is recognised as much for its political significance as for its good luck values!

To celebrate the 1st May Muguet is one of the few plants available ‘over the counter’ in grocery stores and other shops. You will see many roadside sellers as well! If you do purchase it, ideally look for a plant with roots, so that you can replant it. If well tended, it will flower prolifically the following year – hopefully in time for the 1st of May! 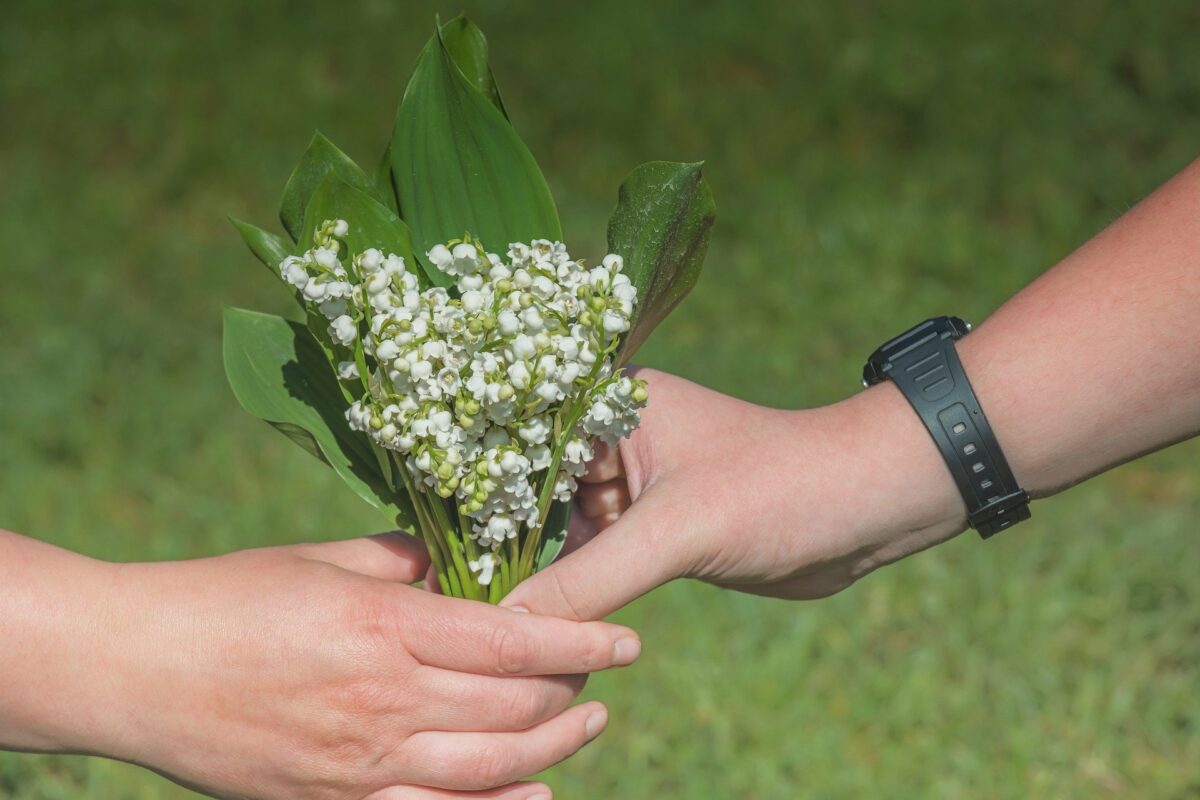 A word of caution!

Although used effectively in some medications, Muguet can be toxic, even fatal, so to ensure your good luck flower does not turn out to be quite the opposite, plant it where children and animals (especially cats) will not be able to reach it without supervision.

Wherever you are in the world on 1st May, we at Renestance wish you good luck and much happiness in the coming year. Bonne fête!