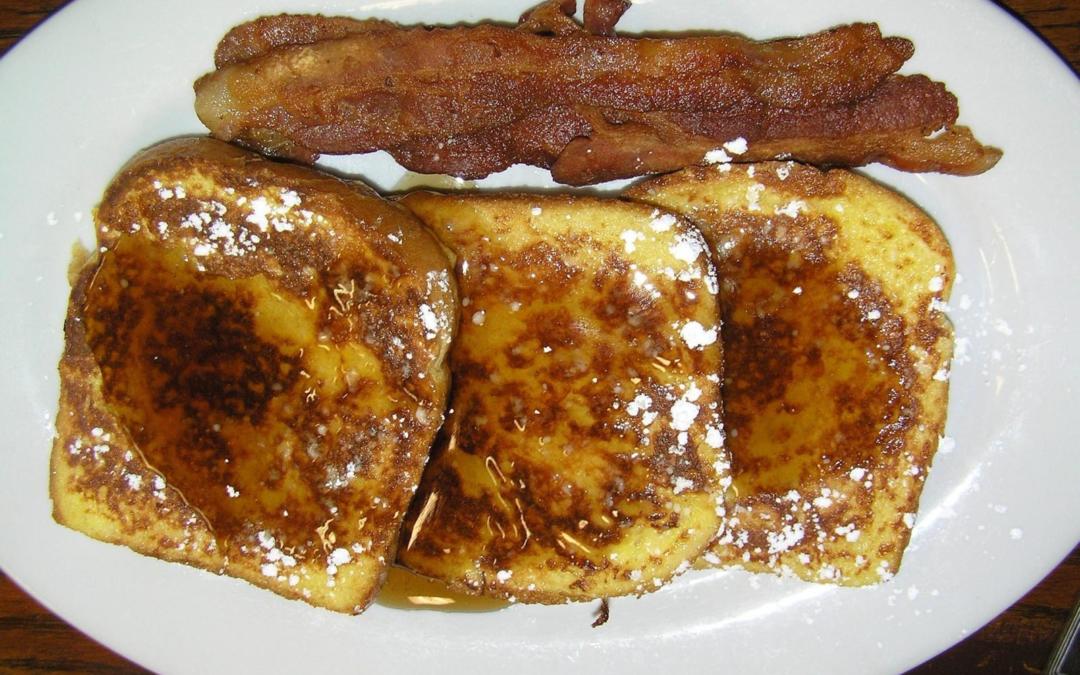 Oh the disappointment! Growing up in the US eating French toast, French fries and French dressing, then realizing that you’ve been lied to your entire life! There are so many things we call French food, that actually aren’t at all.

So we thought we’d help you dodge the blow and let you know in advance what’s French and what’s just a figment of our collective imagination. Well, to be fair, even the most fantastic myth gets a bit of inspiration from reality – like the Frenchman in his beret with the baguette under his arm – so let’s explore where this all comes from. And since we are all obsessed with food these days, we’ll begin there.

It’s not called toast français but pain perdu which literally means “lost bread”. Since the daily baguette is a staple in many if not most French homes, there is often a bit that ends up going stale. Instead of throwing it out, you can save the “lost” bread by soaking it in egg and milk, frying it up in butter and topping it with powdered sugar. It’s pretty rare to find pain perdu on a restaurant menu, and it isn’t your typical family breakfast dish as much as a dessert. According to my new favorite website TodayIFoundOut.com, “before the French called it pain perdu, they called it “pain à la Romaine” (Roman bread)” as the original recipe actually dates back to 4th century Rome. Who knew?!

Although Americans thought they were getting back at the French in 2003 by coining the term “Freedom fries”, these tasty taters were actually invented in Belgium in the late 1600’s. And every honest Frenchman knows that. You will of course find frites at your typical fast food joints like McDo and Quick (also Belgian) and on brasserie and bistro menus with steak, jambon or saucisse. But the most recent boom has been with trendy food trucks serving gourmet burgers and gorgeous hand cut fries – yum! 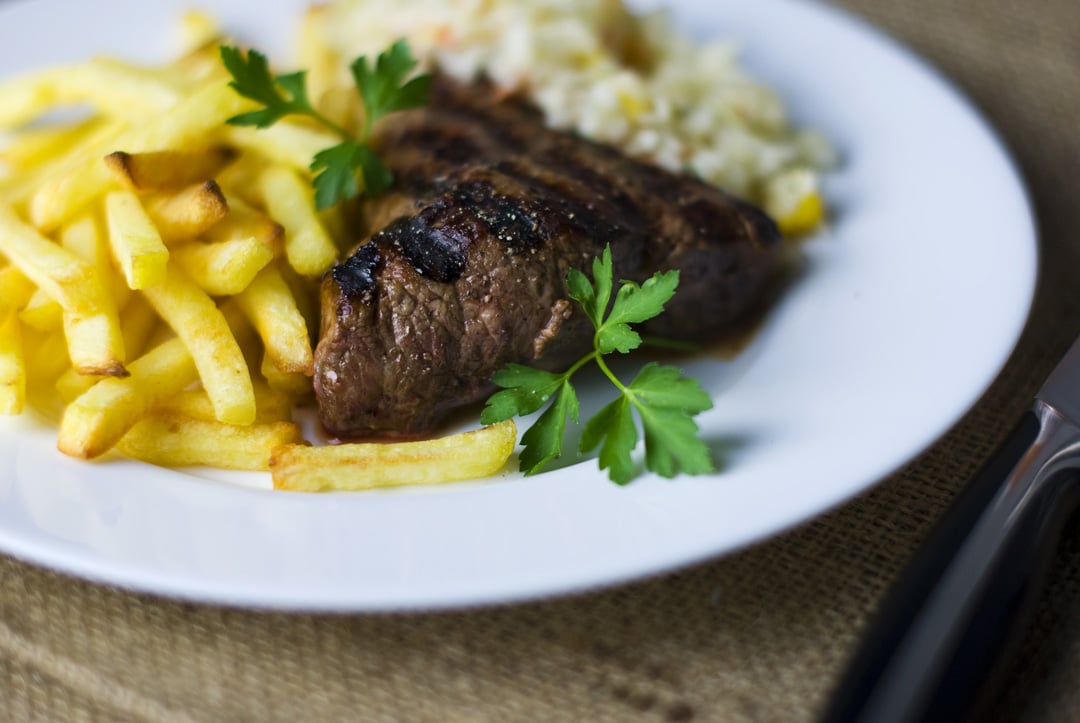 Image by tookapic from Pixabay

This condiment is far from anything a native français would put on their crudités. In the 1950s, someone in the US thought it would be a good idea to invent a salad dressing made with ketchup and sugar and call it “French”. Our advice: it’s best to stick with your classic vinaigrette if you want authentic French taste. Olive oil, vinegar, salt, maybe a dash of mustard – that is real French dressing. 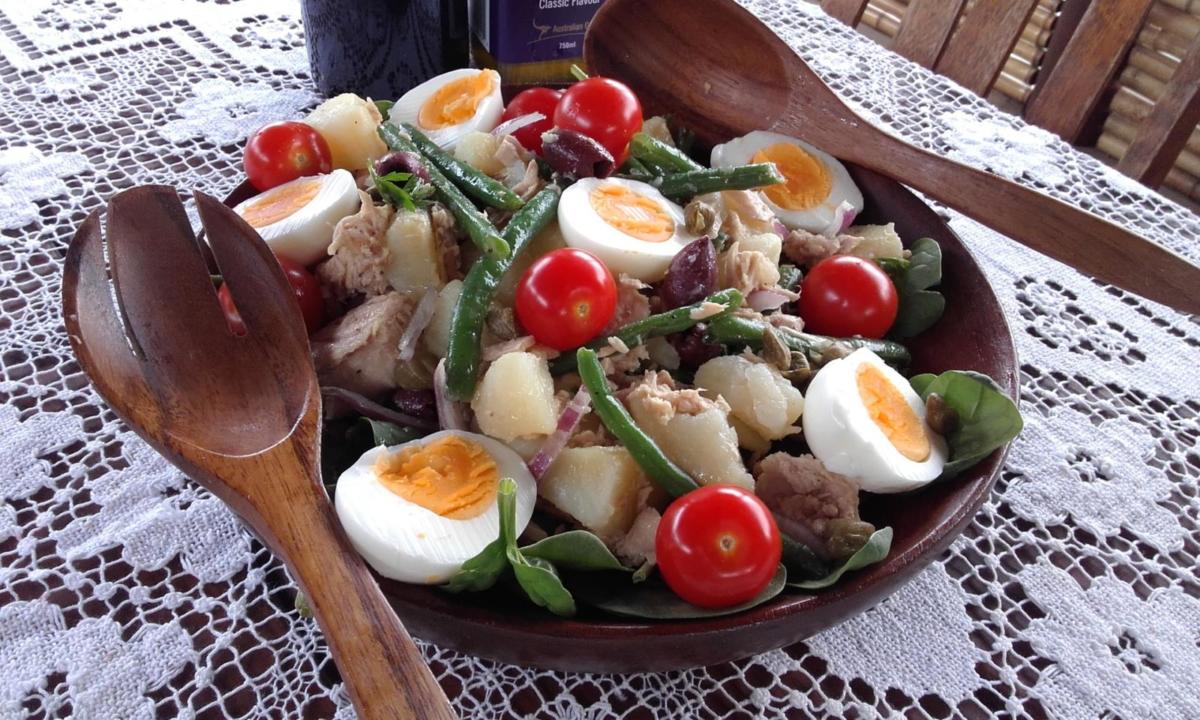 Stemming from the popular misconception that the French eat onions with every meal, it seems this is another transatlantic invention that combines America’s love for snacks and traditional French onion soup flavors. You cannot buy the dip nor the mix in French stores. Personally I’ve tried making my own American-style French onion dip by doing what you’d do in the US – mix a pack of dried onion soup with some crème fraîche. Unfortunately this does not give a great result as most French onion soup mixes actually contain pieces of onion! I found myself weeding out large dehydrated chunks from my dip. My advice: just mix crème fraiche, yogurt, a minced clove of garlic and a BUNCH of fresh herbs and voilà! Oh and hold the onion. 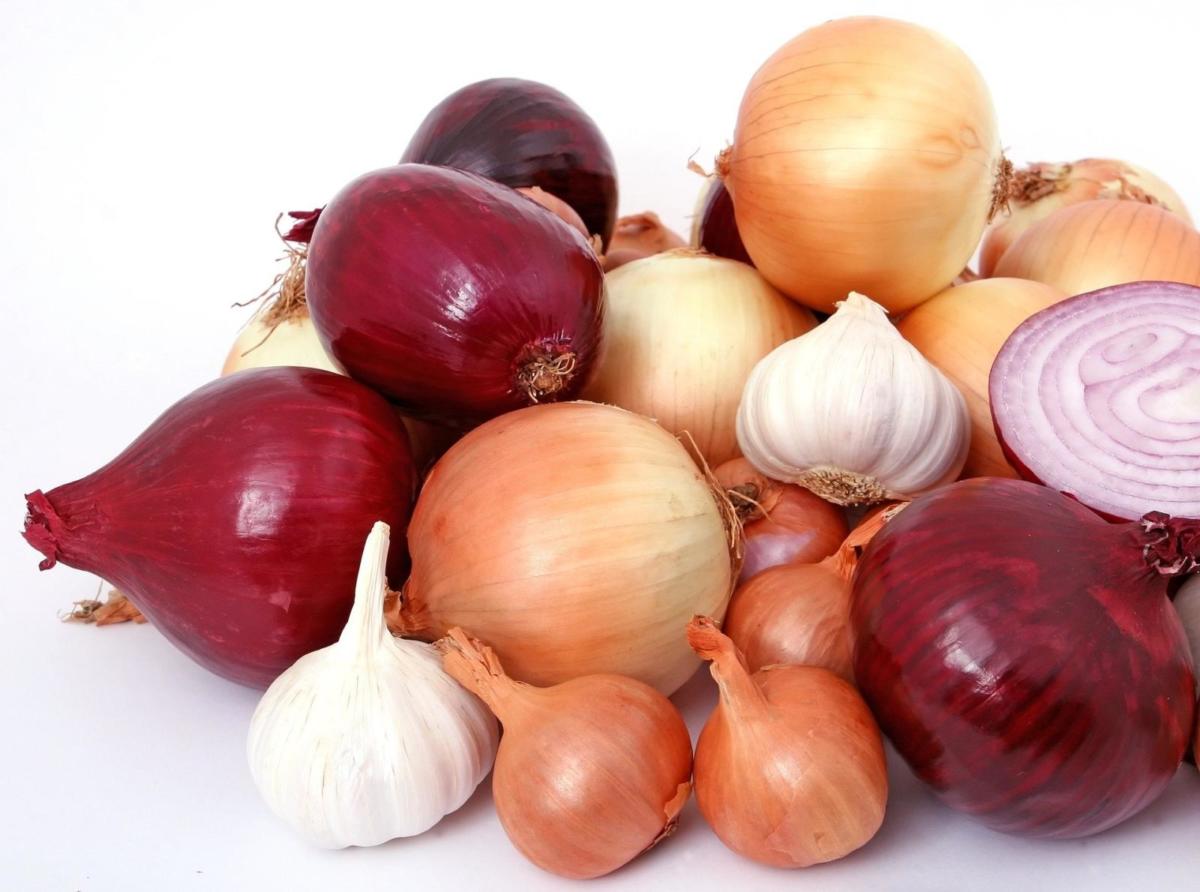 Image by Shutterbug75 from Pixabay

The French don’t claim that vanilla comes from France but rather from Bourbon, which is the region where it’s produced – the Indian ocean islands of Reunion (French department formerly called Bourbon Island), Madagascar and Comoros. However, “French Vanilla” flavor or scent does originate from the French recipe for custard. “Today, in sensory terms, when we refer to French vanilla, it is when the vanilla flavor is caramelized, custard-like, cooked, egg yolk-like, slightly floral,” says Mauricio Poulsen from International Flavors & Fragrances Inc.** I suppose French Vanilla Custard Body Lotion just doesn’t sound right, so they dropped the custard part. 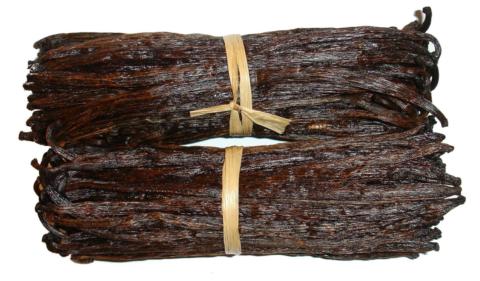 Image by ritual from Pixabay 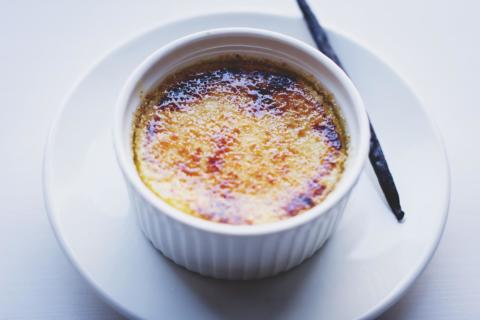 Image by freestocks-photos from Pixabay

It seems that Dunkin Donut’s may have gotten their European geography all in a twist. According to my new second favorite website Eater.com, crullers were “originally a Dutch creation. Sources disagree about the French cruller’s evolution, but it’s clear that the modern interpretation is based upon French choux pastry.” In any case, you won’t find a “French Cruller” anywhere in the country. The closest thing you’ll find are churros, which are actually the Spanish version that are fried in oil then served with either powdered sugar, or in France…..Nutella (France is the largest consumer on the planet* of this evil spread)! 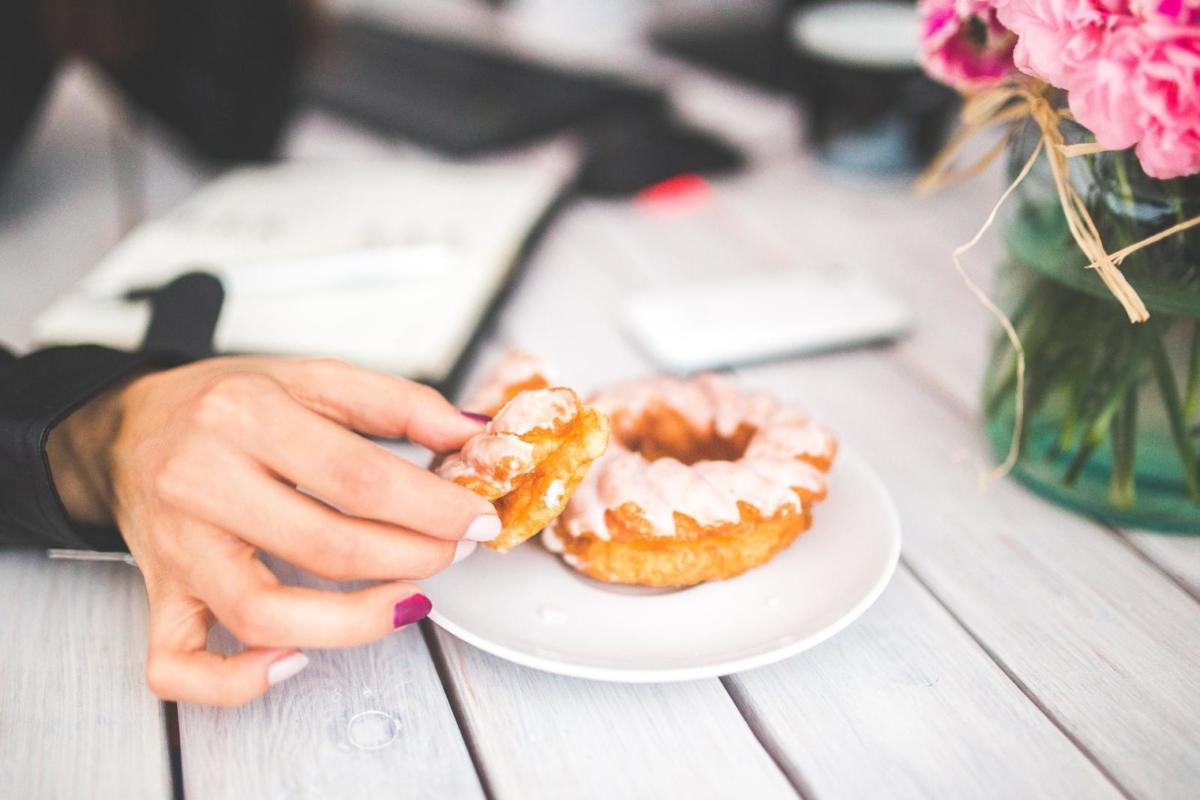 Image by Karolina Grabowska from Pixabay

On that note, off you go to grab yourself some French roast coffee and a bit of French bread. Hopefully your French maid will be by soon to clean your French windows and iron your French knickers.

For me, I’m headed to work on a future post where we’ll look at things in France that are considered Oh, so américain!