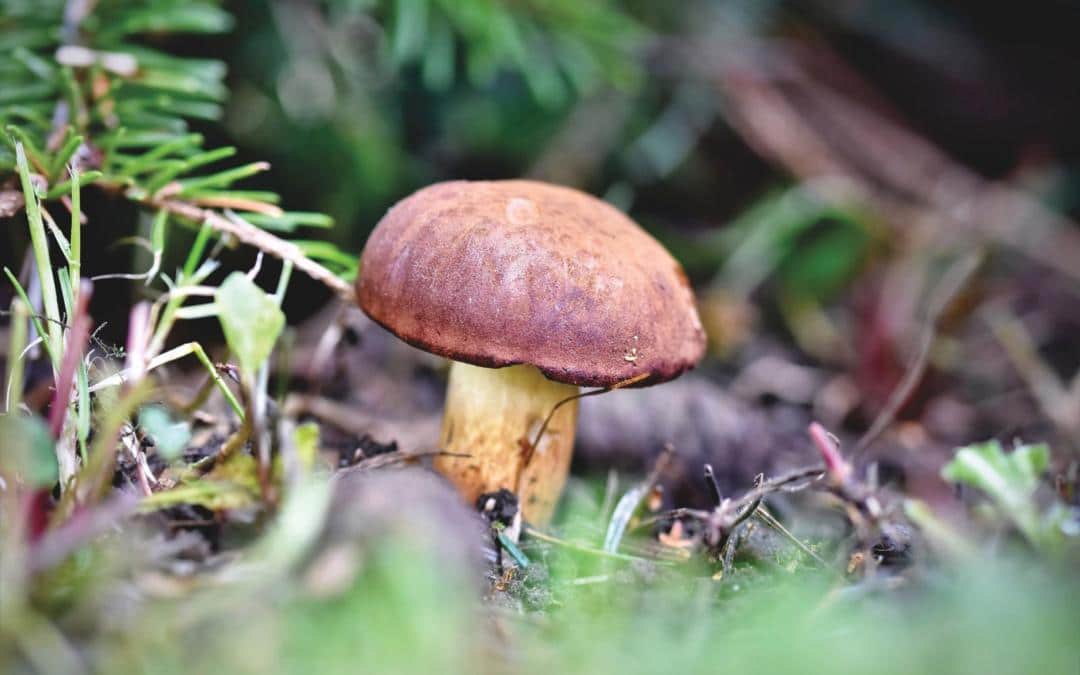 Autumn has arrived and it’s time to switch from summer salads to warming stews. The grape harvest is complete and the French countryside is turning to stunning shades of gold and brown.

For many, the colours alone make this the most beautiful time of year, and it’s also a season when when people in rural France get very excited about ‘mushroom picking’ – it’s practically a national pastime.

Some mushrooms – such as truffles, have incredible value. At approximately 850€/kg it is by weight one of the most expensive foods in the world. This can make mushroom picking a serious (and occasionally competitive) business.

Certain rules do apply, such as avoiding private property, and you may not be entitled to pick an unlimited amount, or certain type, of mushroom – it’s well worth checking with the local mairie before you get started.

There are also certain government regulations that include

One of the key things with mushroom foraging is to leave part of the stem (or stipe) and make sure to leave spores behind, to encourage future growth.

A secret and family affair

You will find all generations taking part – happily foraging between fallen leaves and underneath the trees – sometimes for several days at a time. Truffles in particular are often found by pigs or dogs – who are trained to find a the truffle scent. The majority of truffles are still found wild, growing around the roots of oak, hazel and lime (linden) trees. Often in the early morning you may see someone walking slowly through the woods with a torchlight and basket in hand to find them before the wild boar do!!

And don’t expect a local to tell you where they find their mushrooms either. Once a good location has been found, the secret is closely guarded! 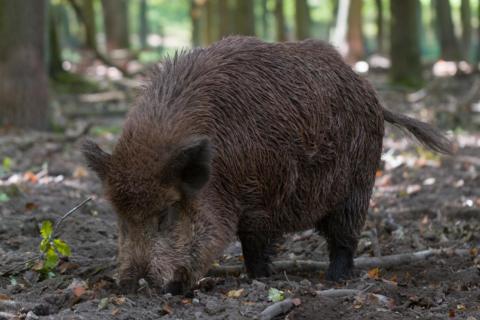 Image by rcvd from Pixabay

The perils of eating wild mushrooms

Of the 3000 varieties of mushrooms to be found in France only a dozen or so are edible. Every year there are reported to be about 1000 mushroom poisonings, including a small number of fatalities.

Obviously there are books and websites to help you identify your harvest, but as a general rule, if you can’t identify it – don’t eat it! And this is where your local village pharmacist comes in. They are qualified to know which mushrooms to avoid and – free of charge – can check your mushroom collection for poisonous varieties.

If you don’t have the opportunity to go foraging yourself there are plenty of opportunities to buy wild (and safe to eat!) mushrooms in the markets. These typically include Girolles (sometimes called Chanterelles, and a personal favorite!), Cèpes (the ‘King’ of wild mushrooms!), Morilles, Bolets, Chanterelles, and of course – the infamous and highly valued Truffle. 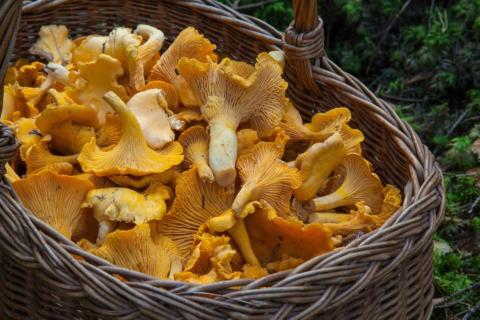 Image by Barbroforsberg from Pixabay

The traditional method is to brush them or wipe them with a damp cloth. If you prefer to wash them, leave them to dry at room temperature for a few hours so they don’t get absorb too much water before cooking.

Favourite recipes with wild-mushrooms include risottos, sauces and soups giving them an earthy almost nutty flavour. Black truffles are a delicacy with a perfumed essence and are used very sparingly either crumbled or flaked – frequently in omelettes. A black truffle can even be left in a box of eggs, and a delicate but distinctive aroma will infuse the eggs without using any of the truffle itself.

White truffles are rarely cooked, but frequently left in mild olive or other odourless oils such as sunflower oil. The oil is then used as an ingredient, for instance in a salad dressing, or to add a rich dimension to sauté potatoes. However you use your wild mushrooms, whether harvested by you or bought from a specialist, the richness and variety of flavours brings something very special to your Autumn dinner table.