Taken the plunge… what happens then? Finding work in France 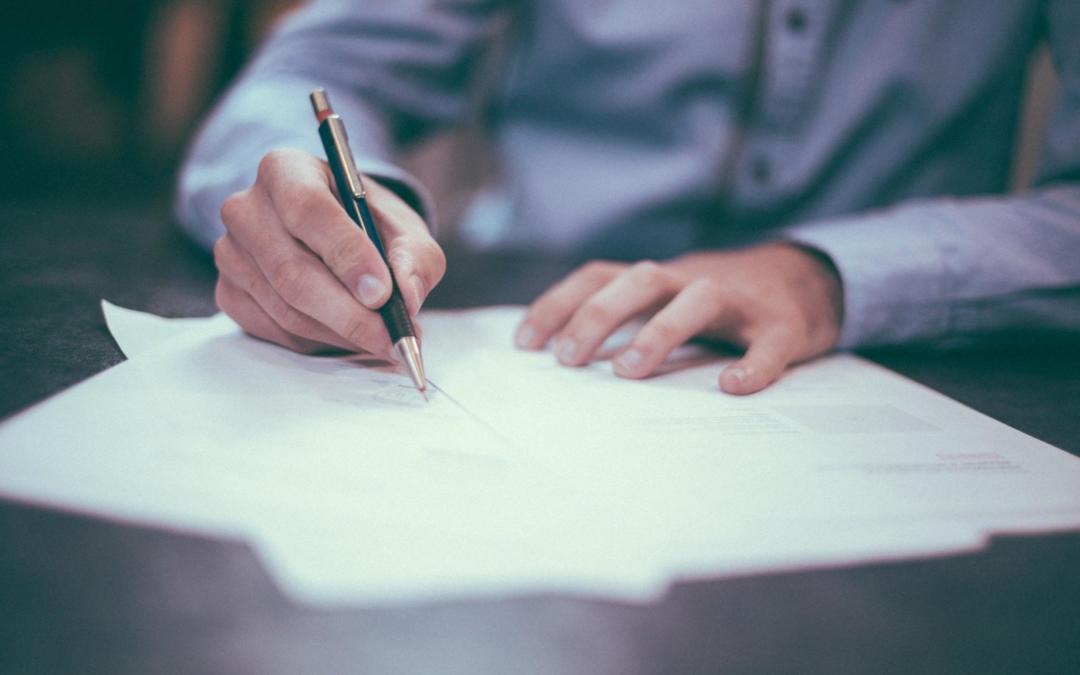 Earlier this year we carried out a survey of English-speakers that are working in the region and how that forms part of living their dream in France. The summer issue of Languedoc & Provence Sun magazine included an article about working in France and featured our Infographic summarising the results of that survey. With kind permission from the publisher, you can read their full article here on our blog. (This article was written on the basis that you have already acquired the required permits to legally work in France). 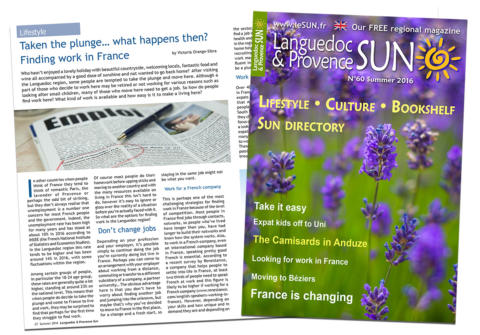 “Who hasn’t enjoyed a lovely holiday with beautiful countryside, welcoming locals, fantastic food and wine all accompanied by a good dose of sunshine and not wanted to go back home? After visiting the Languedoc region, some people are tempted to take the plunge and move here. Although a part of those who decide to work here may be retired or not working for various reasons such as looking after small children, many of those who move here need to get a job. So how do people find work here? What kind of work is available and how easy is it to make a living here?

In other countries when people think of France they tend to think of romantic Paris, the lavender of Provence or perhaps the odd bit of striking, but they don’t always realise that unemployment is a number one concern for most French people and the government. Indeed, the unemployment rate has been high for many years and has stood at about 10% in 2016 according to INSEE (the French National Institute of Statistics and Economics Studies). In the Languedoc region this rate tends to be higher and has been around 14% in 2016, with some fluctuations within the region.

Among certain groups of people, in particular the 18-24 age group, these rates are generally quite a lot higher, standing at around 23% on the national level. This means that when people do decide to take the plunge and come to France to live and work, they may be surprised to find that perhaps for the first time they struggle to find work. Of course most people do their homework before upping sticks and moving to another country and with the many resources available on living in France this isn’t hard to do, however it’s easy to ignore or gloss over the reality of a situation before you’re actually faced with it. So what are the options for finding work in the Languedoc region?

Depending on your profession and your employer, it’s possible simply to continue doing the job you’re currently doing but live in France. Perhaps you can come to an arrangement with your employer about working from a distance, commuting or transfer to a different subsidiary of a company, a partner university… The obvious advantage here is that you don’t have to worry about finding another job and jumping into the unknown, but maybe that’s why you’ve decided to move to France in the first place, for a change and a fresh start, so staying in the same job might not be what you want.

Work for a French company

This is perhaps one of the most challenging strategies for finding work in France because of the level of competition. Most people in France find jobs through contacts, networks, so people who’ve lived here longer than you, have had longer to build their networks and know how the system works. Also, to work in a French company, even an international company based in France, speaking pretty good French is essential. According to a recent survey by Renestance, a company that helps people to settle into life in France, at least two thirds of people need to speak French at work and this figure is likely to be higher if working for a French company (https://www.renestance.com/blog/english-speakers-working-in-france/). However, depending on your skills and how unique and in demand they are and depending on the sector, it is not impossible to find a job in a French company. The health and IT sectors are doing well in the region, and the construction, home help and tourism sectors are recruiting, although some of the work may be seasonal, but being fluent in English would certainly be a plus.

Work in the expat world

Over 400,000 British people live in France, if we add all the other expats from other countries too, that makes a huge amount of people, and after Paris and the South West, this region is where they choose to come to, so why not focus on them? You only have to take a look at the listings of services for expats in this magazine to see that many people who live here decide to work with the expat community. These people offer a wide range of possibilities using the skills they’ve brought with them from home. It’s relatively easy to be self-employed (auto-entrepreneur) in France (for information in French see www.service-public.fr/professionnels-entreprises/vosdroits/F23961), information in English can also be found on the net by doing a simple search) and in fact we often hear that this is the first profession in France as over 3 million people here are self-employed. It’s also possible to work with your home country to provide services for people coming to France. You don’t need to worry so much about knowing the French system and speaking fluent French and you can put the skills and knowledge you already have to work.

Perhaps it’s not necessary to make one single choice of how to work here. Why not ask your current employer for a change of contract and work part-time at a distance while trying to build up a varied network with links to French companies and the expat community? By combining various solutions for finding work, it may be easier to build a new career here and make a good living once everything’s grouped together. Of course this requires certain skills including good organisation and time management so that it doesn’t become overwhelming juggling several different activities.

There are many people who take the plunge and move here, but there is also a large turnover of expats, as many leave disillusioned. The keys to success would seem to be good research and planning well before moving, speaking the language and having the necessary cultural knowledge, having contingency plans and a nest egg in case of a slow start and keeping your options open. Give it a go!”