My Expat Life: Opening a Restaurant in France 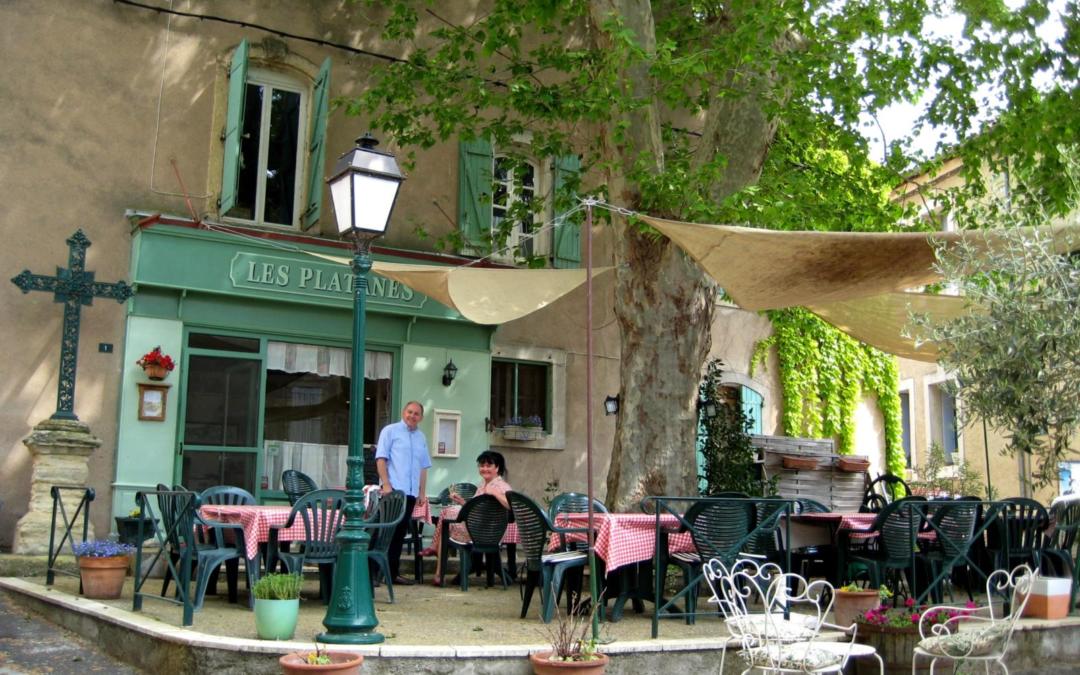 A few weeks ago we introduced Eva Hamori and her series, “My Expat Life”. In this week’s post, Eva interviews Dave Slade. Dave and his wife Amanda hail from New Zealand and run the successful canal-side restaurant, Les Platanes in Poilhes. Dave and Eva chat about running a business in France, mouthwatering dishes, and what they have learned along the way. This interview originally appeared on Eva’s blog, That’s Hamori.

My Expat Life – Opening A Restaurant in Southern France

Why did you move to France?

Every year we would travel from New Zealand with the aim of doing a European tour. Inevitably we would end up stuck in France because we loved it so much, only succeeding in brief visits to Holland, Italy and Spain. Eventually we conceded defeat and bought a village house in the Pyrenees-Orientales, to use as a base for further French trips. When Amanda sold her business we got the opportunity to move over for good.

Did you experience culture shock?

Not really. When we first came over for an extended period to work on our house in St Laurent de Cerdans, nobody in the village spoke English, which meant we had to throw ourselves in the deep end and speak French as often as possible in order to get things done. By the time we came to live in France we knew what to expect in a lot of situations. Helping run a bar/restaurant for three years in the Vienne meant dealing with a lot of bureaucracy, but usually you can get help from someone.

The Languedoc is the single biggest wine producing region in the world and accounts for over a third of France’s total wine production! The area can trace viticulture back to the ancient Greek settlements near Narbonne.

What is the worst thing about being an expat?

What is a myth about your adopted country?

It is a myth that the French are rude. It’s really only the waiters in Paris. We have often found that if you play along and are ‘rude’ back it becomes a game and the waiter will wink at you… he knows you get the joke.

What advice would you give other expats?

Living somewhere is very different to being on holiday. Be sure that you are ready to make the move. One of the things we miss most about our previous life is the excitement of travelling here every year. Research where you plan to move to, visit in different seasons. France is such a large country and the environment, climate, everything varies from north to south and east to west. 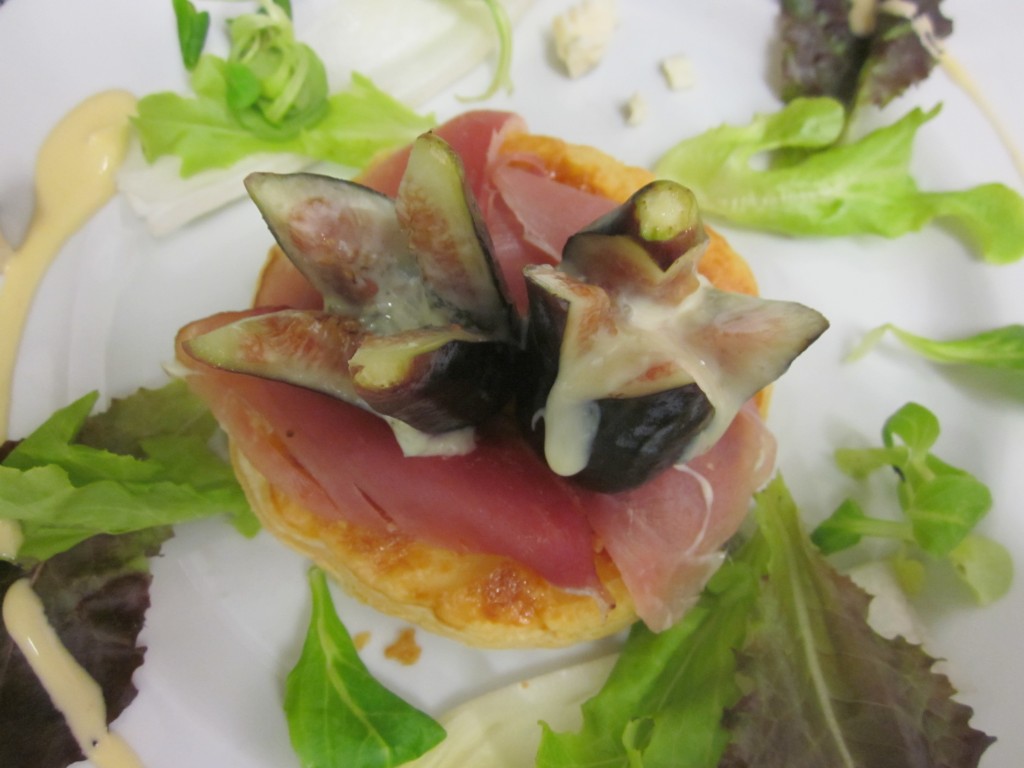 Since early 2013 we have been happily installed at Restaurant Les Platanes, 50 meters from the Canal du Midi in the picturesque village of Poilhes. We adore our new home and restaurant venture. The area is very beautiful and covered with vineyards. With so many on offer it makes choosing wines for the restaurant a delightful chore. Our menu changes a little every day, depending on what fabulous produce Amanda has bought at the local market. Our neighbours often bring us fruit and vegetables from their gardens. The wild fennel and figs that grow amid the surrounding vines are Amanda’s particular favourites. We are very fortunate to live so close to the Mediterranean and are never short of fresh fish and oysters. Similarly we can always find fresh girolle and cepe mushrooms from the hills.

Amanda comes out of the kitchen into the garden to cut some herbs for her dishes. I ask her about her love of cooking …

Are you a trained chef?

I learned to cook beside my mother. From an early age I remember her cooking up large lunches and dinners for her friends … our house was fondue party central throughout the ’70s.

What is your background?

In my former life I was in film and music publicity. However I used to get called on to cater dinner events and cocktail parties.

Is cooking a passion?

Yes, I think it has to be otherwise why have a restaurant? You have to have a love of cooking to do this otherwise you would become very bored very quickly and it would show on the plate. I LOVE FOOD!

Describe your most popular dishes at Les Platanes.

Our soupe a l’oignon with a cheesy top is probably the thing that is most often requested by holidaymakers either staying in nearby gites or boating on the Canal du Midi… even in the height of summer much to the amusement of our French clients. Our sweet-spiced English beef with horseradish is loved by our regular local expat Brits and our home-smoked whiskey salmon is very popular with all nationalities! 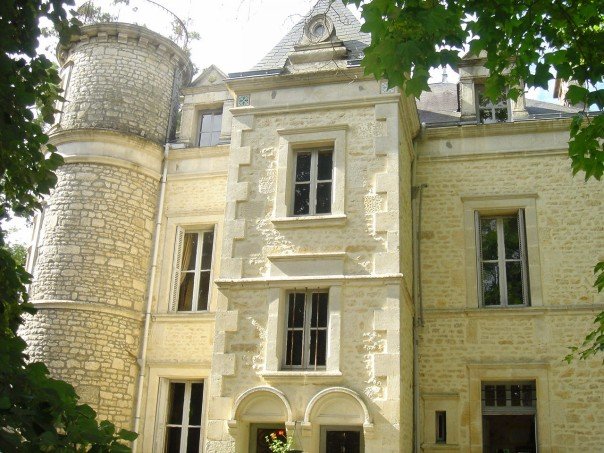 Tell me about Renovating a Chateau in France

One thing I never expected is that we would renovate a chateau, Chateau Cristallin in the Vendee, thirty minutes from La Rochelle. In the late 19th century the house was owned by Doctor Chevallereau, a foremost Parisian eye doctor. He named the property “Cristallin” meaning clear vision. Each year the doctor would travel to Charzais with his entourage to spend summer at the house and to run a free eye clinic for the inhabitants of nearby Fontenay. Among his visitors was the painter Madeleine Fleury, a pupil of Claude Monet. Her painting of a local landmark, “Chateau de la Citardiere” among the paintings that cover the salon walls.

We are currently trying to sell our chateau so that we can purchase our beloved little restaurant Les Platanes in Poilhes which we now lease.

What are you currently working on? Projects, books, business ventures…

In our limited spare time, Amanda has started writing the first in a series of books about our experiences in France. I am writing a screenplay based around a rural bar in France.

As I leave on my bike, the patrons start to arrive. Many loyal locals that have become their friends take their seats. The outside table on this warm fall day seems a popular choice. Another couple enters the restaurant to say hi to Amanda before taking their regular inside corner seat. I can hear Amanda setting their table and chatting when the phone rings. Amanda and Dave seem content, working hard and living their French dream. Bon Appétit!

Editor’s Note: We’ll be publishing an article on entrepreneurship in France in a few weeks. Let us know in the comments if you have a dream of opening a business in the region!