Christmas with the Santons – A Southern France Tradition 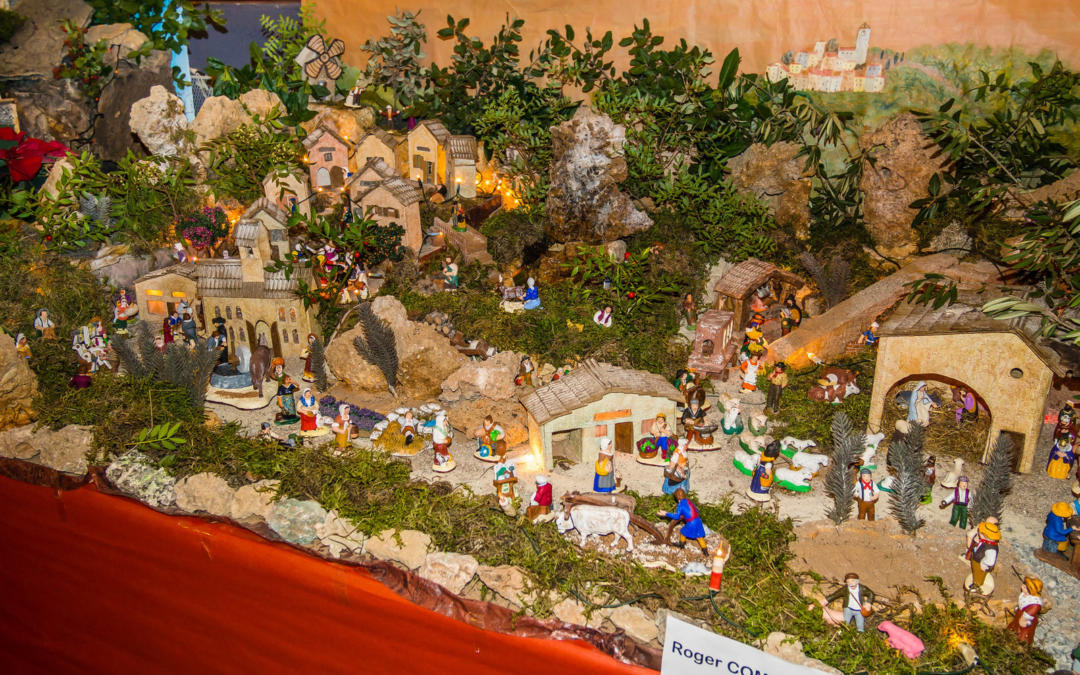 I just bought some famous “santons” as gifts, so I thought it would be nice to re-publish Chris and Alison Walley’s article from 2015 about this French tradition. The couple are enjoying an active retirement in a small village in the Var department of Provence, but they actually saw their first santons in Languedoc. You can learn more about Chris and Alison on their blog.”

With the exception of the episode of the intense rain and flooding at the start of October (2015) it has been a long, dry and warm autumn here. In fact, if it isn’t too hurtful for those of you enduring the present British winter, we are rather short of rain. Finally, however, it’s December and Christmas is upon us. 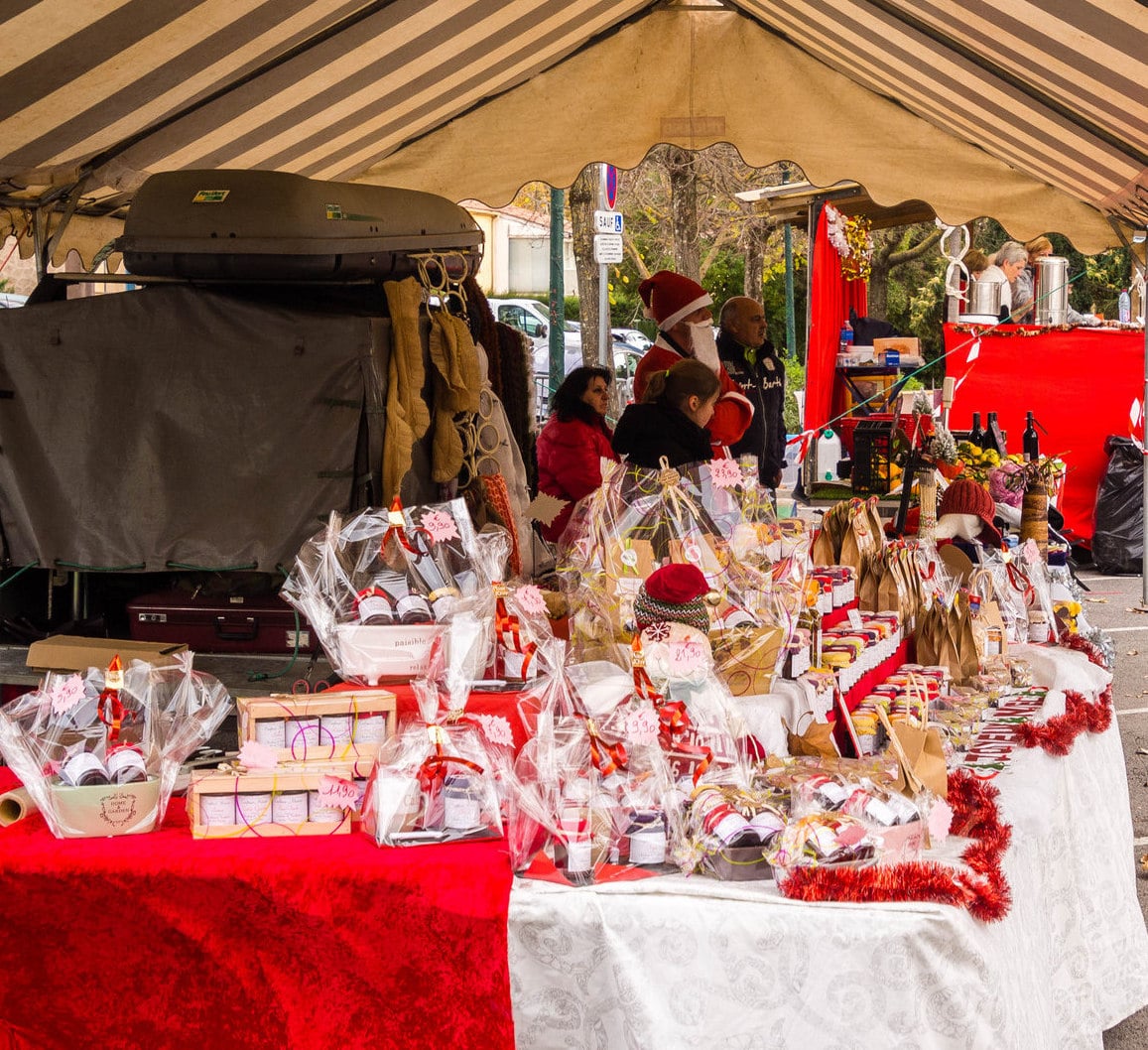 Although thankfully the commercialised Christmas starts much later in the year here than it would in the UK, much else is the same. Every town and village has its lights up, every village square hosts some sort of Christmas market, climbing Santas dangle from windows and negotiating supermarket aisles is made hazardous by teetering stacks of chocolate, alcohol and toys. This year the toys seem to be focused on Star Wars and guardians of linguistic purity will not be pleased to know that the new film is officially titled “Star Wars – Le Réveil de la Force”. There are also a lot of La Reine des Neiges (Frozen) themed toys.

Yet if you look around, older and more local Christmas traditions persist. So any Christmas market here will have at least one stall full of small painted clay figurines: “santons”. Santons represent all the characters of an old Provençal village: the farmer, the olive picker, the bread maker, the school teacher (and his class), the fisherman, the priest, the mayor – and probably a drunkard, a fool and a blind man too. There will be also the various animals appropriate to a farming village. But if you look carefully, you’ll also see that there are a donkey and an ox, an angel, magi… 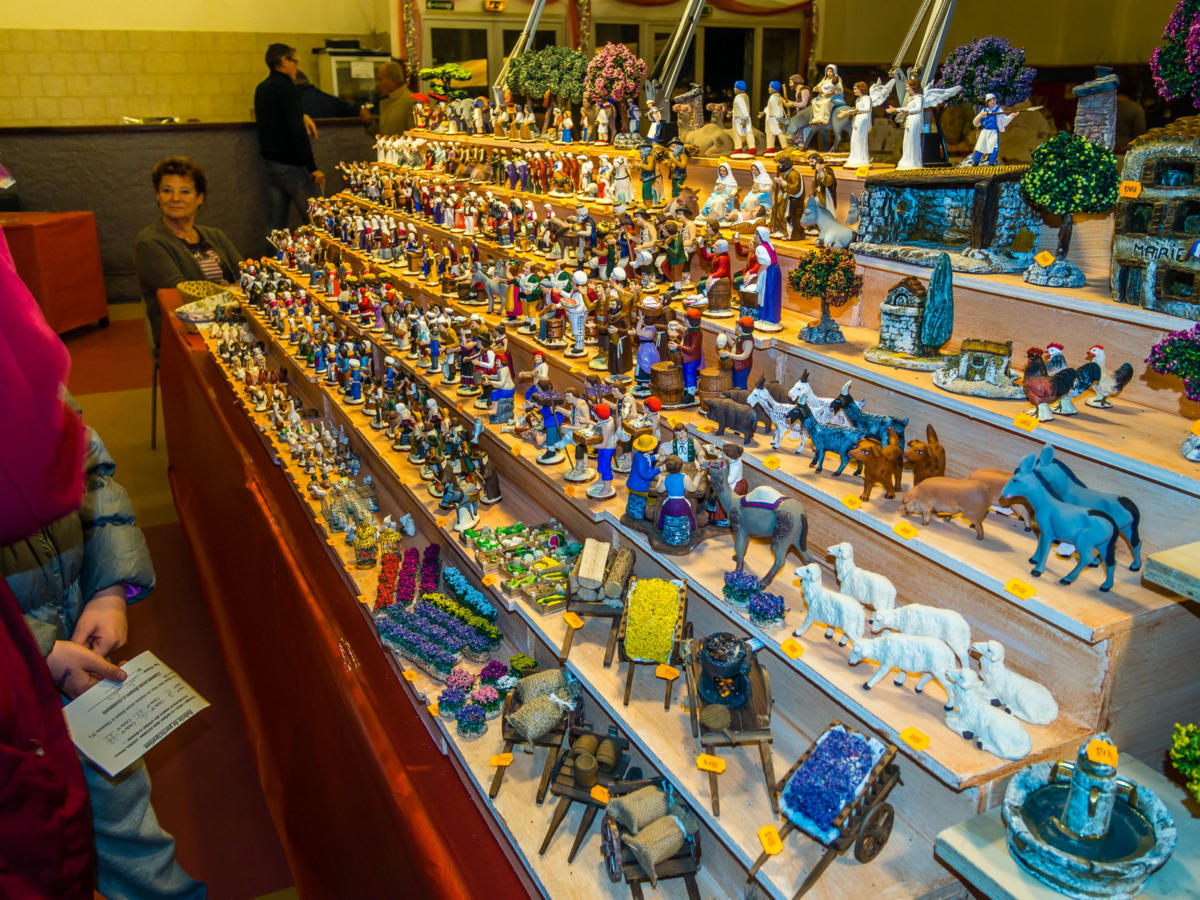 The fact is santons are for the Christmas crèche, but here there is a difference from the British or American nativity scene. Taradeau has just celebrated its 10th Fête des Crèches, and we went along at the weekend to see over 20 different displays, ranging from a simple paper one to huge sets with working waterwheels and windmills and what looked like hundreds of figures. The traditional crèche Provençale is an elaborate affair that doesn’t just depict the traditional stable but the whole village, its buildings and its landscape. So some of the larger crèches include schools, shops, fields, trees and even lavender, and resemble in their complexity and extent model railway dioramas but without the trains. And populating – sometimes overpopulating – this landscape are these tiny colourful santon figurines. 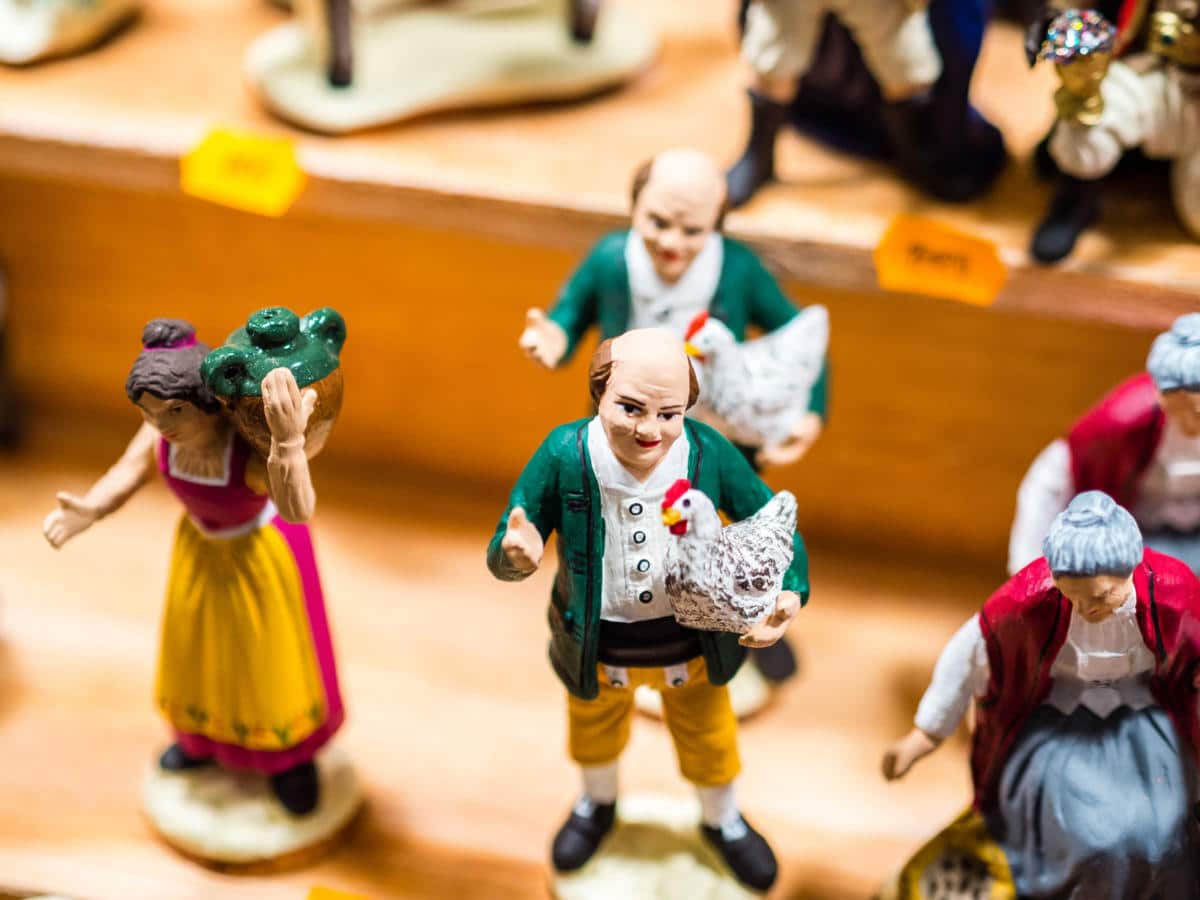 The history here is fascinating. If you consult the ever useful Wikipedia,[1] you find that these figurines were first created in Marseilles at the time of the French Revolution when the aggressive atheism of those days closed the churches and with them their traditional nativity scenes. Instead individuals used these little figures to create a Christmas crèche in the home, and this practice has continued ever since. As in so many other aspects of France, the Revolution still casts a long shadow. 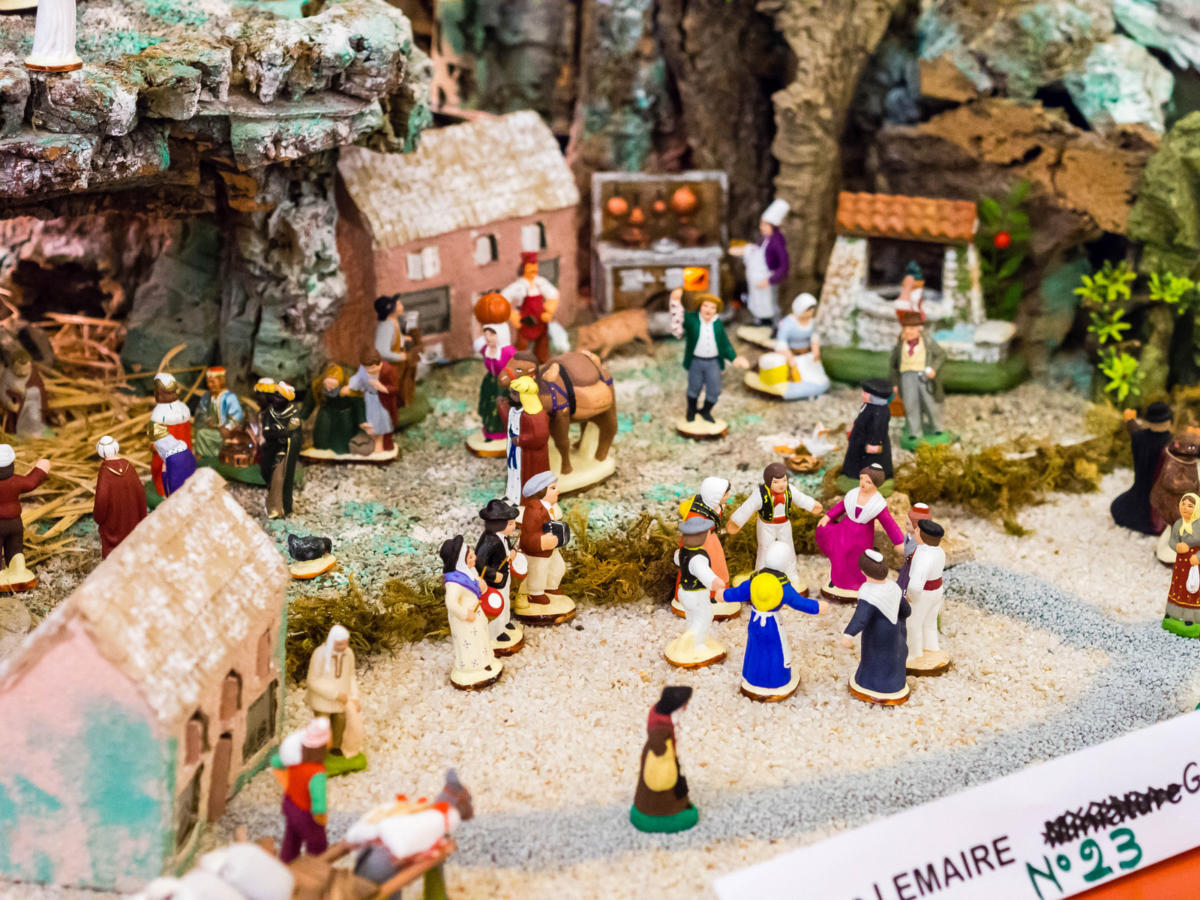 Busy villagers not looking at the stable

One thought-provoking feature is that, in the largest crèches, the actual stable tends to be tucked away in a corner where it is apparently overlooked by the inhabitants. They are entirely preoccupied with the urgency of rural existence and are utterly oblivious to the amazing thing that has happened amongst them. It’s not hard to draw parallels with the modern Christmas, where the unending activity of social events, present buying and meal preparation has similarly managed to conceal what the season is all about.

All images and text courtesy of Alison and Chris Walley.