Winter in the Languedoc: Activities and Groups 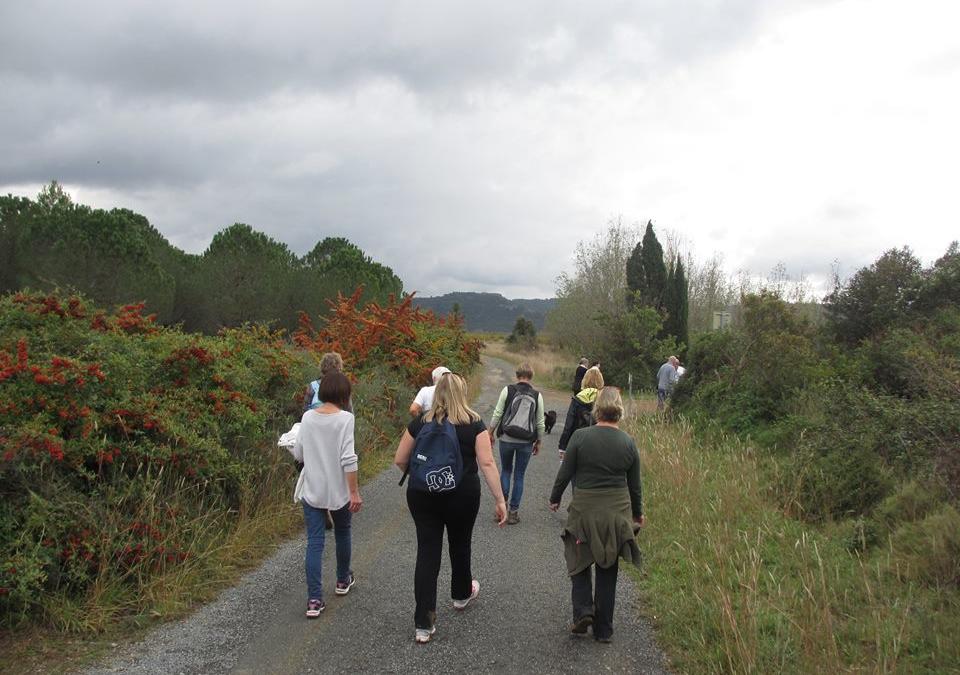 Last winter we published the following post which explored the numerous groups and associations in the region. If you are wondering how people keep busy in the leisurely Languedoc you’ll find that these expats are active ones! No matter your pleasure, there’s something for everyone. This article features Shona Luck, joiner extraordinaire. We would love to hear from you about your favorite groups, clubs, and activities. Please comment below and we will create an updated resource guide based on your input.


Shona and her husband Graham found themselves overcommitted within a few months of retiring to Pézenas from Cheltenham. They’ve pared it down since, but are still involved in almost a dozen groups and activities between the two of them. On Tuesdays, Shona often frequents the Tuesday Club, an English speaking group with rotating speakers and events. Both keep their French up to speed at the Université de Temps Libre (UTL) in a weekly conversation exchange among English and French speakers. Shona and Graham had a moderate level of French when they moved to the area which they say has opened up doors. Graham even takes astrophysics in French at the UTL while Shona participates in a French-English book group. Other local expats enjoy the history courses offered in Pézenas on Wednesday mornings by a local historian and joining local chorus groups.

Walking Groups in the Languedoc

One of the greatest investments of time for the Lucks has been the Walking Group. The couple started the group about a year ago as a way to do some “social walking” and explore different areas in the Hérault. The group meets monthly on Sunday mornings. While they began with just eight people, Shona found herself “capping” the walk at thirty seven for this weekend! She explained that this was an alternative to some of the more rigorous hiking groups available in the area. “We try to meet people in the middle, some want more challenging and some less so we try to find a happy medium and now we go out for lunch after our walk!” The group meets year-round and has explored the coastal areas and lagoons as well as the Canal du Midi and the hills of Cessenon.

All that walking isn’t enough for Graham, he’s joined a beekeeping group and badminton club in Pézenas and regularly crews at the yacht club in Cap d’Agde. Tennis and golf clubs are available in the area as well, not to mention gyms, aquatics, and yoga in both English and French.

Volunteering in the Languedoc

Interested in volunteering? Shona and Graham have both been trained as “active listeners” for Cancer Support France. Other retirees often help out at the local animal shelters.

Shona explained that brushing up on her French before she arrived has been central to her active participation. “Learn some French before you get here. Otherwise you live in a little bubble, you can do it, but you miss out on so much and it makes life harder.” Even a bit of French allows the Lucks to join activities that aren’t only in English. They’ve found it facilitates friendships with French nationals as well, especially those who are also retiring to the area from other (colder) parts of France. So there you have it. No need to be bored in the Languedoc. In fact, Shona’s parting advice to newcomers is to “Hold back a little at first!” or you may find yourself overcommitted as well.

Links to Local Groups, Associations, and Classes in the Languedoc

Take a peek at AngloInfo for a wide range of listings for clubs and associations, or let us know your favorites in the comments section.