Bob Hendry is a financial adviser with DeVere-France, a business that aims to support expats by creating, growing and safeguarding their wealth wherever they may live.  Bob lives and works in the southwest of Occitanie and has lived in France for over 10 years. Prior to moving to France, he was a business financial consultant for 13 years in the UK. His role then was just as it is now, to provide sound, professional financial advice. Bob prides himself in really listening to his clients’ needs and then providing the best solutions for them.  In this article and from a financial perspective, he gives a reaction to the results of the first round of voting in ‘Les Présidentielles’. 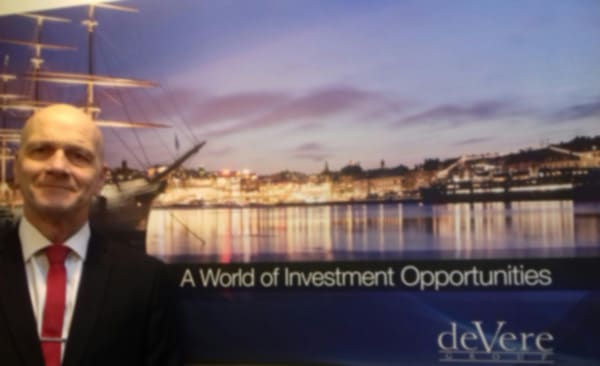 The French election has ignited a global stock market rally after all three main US stock markets soared by more than 1% last week, with the tech-heavy Nasdaq index closing at a record high.

What began as a European stock market rally, sparked by Emmanuel Macron’s first round victory in the French election, has now turned into a global rally following Wall Street’s involvement last week.

Chief portfolio strategist at Wells Fargo Funds Management, Brain Jacobsen said: “This [election] alleviates fears that we were going to have to navigate a French exit (from) the European Union”.   He added: “This is a classic relief rally showing up most in financials. We cleared this hurdle and now it’s a little bit more clear running”.

Mr Macron and Ms Le Pen are shaking up the traditional political sphere in France. Mr Macron’s centrist party En Marche! has been around for just over a year, however, he finished on top after the first round of French voting with 24% of the vote or over eight million people.

Mr Macron is now strongly tipped as the eventual winner in the run-off with Mrs Le Pen, who finished in second place after the first round with 21% of the vote. The remaining two candidates must secure over 50% of the vote to be crowned as the next president of the Republic of France.

Mr Macron’s first round victory sent the Euro soaring to a six-month high. Indeed, the single currency rose by more than 2% to $1.09395 against the US dollar in early trade last week, its highest level since mid-November 2016.  So like the rest of the world we, in France, will be waiting with baited breath for the result on Sunday and for the implications it will have on our lives.