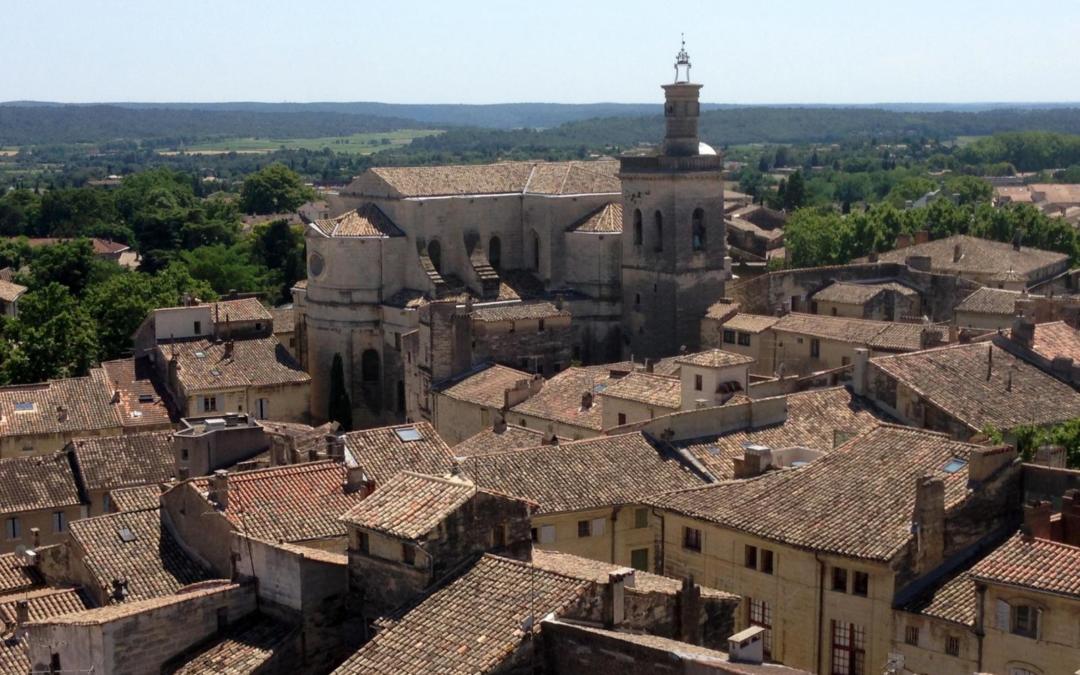 Any town who houses its tourist office in a 17th century chapel deserves to be taken seriously in my opinion. As I step inside, I gaze up in awe at the vaulted stone ceilings below which are tasteful, modern, functional offices — a blend of old with new that the French seem to be so expert at. For me, this careful preservation of the old mixed with a desire to embrace modernity is the essence of present day Uzès.

Uzès is a small, beautifully preserved jewel of a town 15 km from the Pont du Gard and at the foothills of the Cévennes. It originally came into its own in Roman times as the town that tapped into the source of the nearby Alzon river to supply the city of Nîmes with water to its 50,000 inhabitants, numerous fountains and thermal baths. As the largest aqueduct built by the Romans, it runs over a distance of 50 km at very slight incline of only 23 cm per kilometer: an engineering feat in itself but the aqueduct also had to cross the river Gardon in order to reach Nîmes and, in true Roman splendor, the majestic Pont du Gard was built for this purpose. 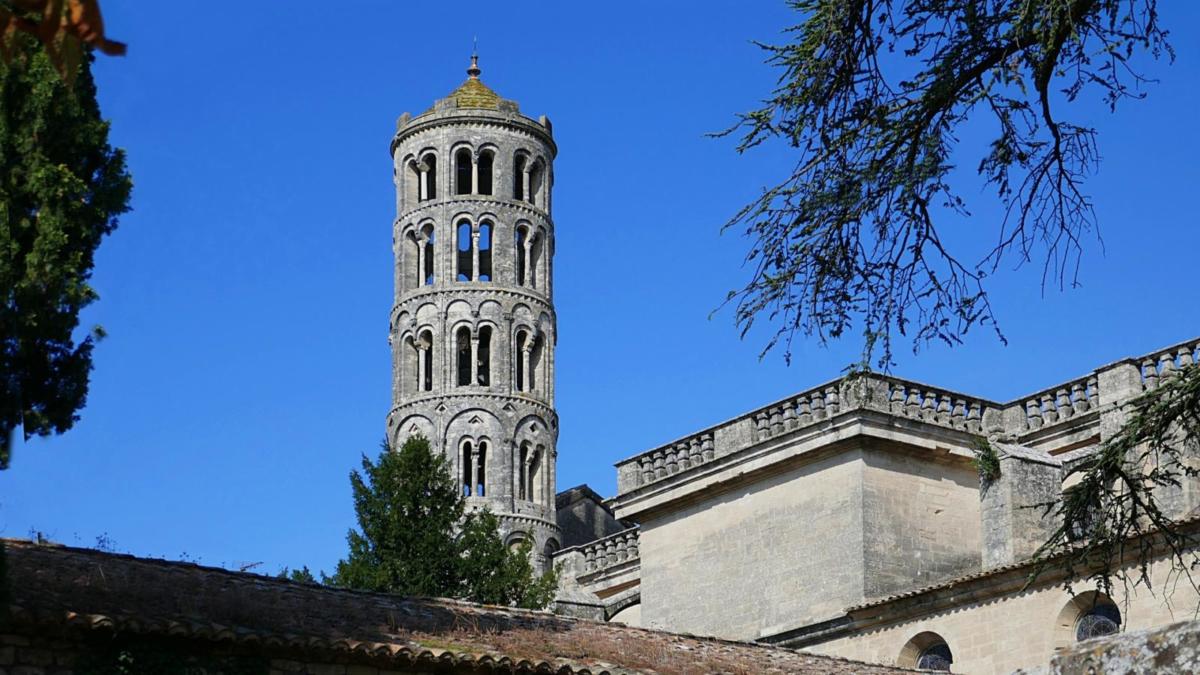 Splendor and majesty seem to me to be key words for this town. Walking through its streets is like taking a walk through a history book. The narrow cobbled streets are lined with large wooden doors behind which secret courtyards give onto wide stone staircases and mosaic covered ceilings. As a bishopric from the fifth century, a viscountcy and then a duchy in the sixth century, the powers of religion, politics and royalty expressed their wealth and influence by building fine mansions, churches, a castle and, a particularity of Uzès: towers. La tour du Roi, la tour de l’Évèque, la tour Bermonde and la tour Fenestrelle each compete with each other for dominance of the Uzès skyline: each unique and each expressing the authority of the powers that they represent.

The cathedral is a good example of these fluctuating forces as it has been pulled down and re-built three times with only the distinctive bell tower — la tour Fenestrelle, surviving the destruction. With its sober neo-roman facade, the cathedral is renowned for its interior walls which were entirely painted with frescoes, parts of which can still be seen today. It also has a unique wrought iron balustrade gallery built in the 17th century after protestant-ism was banned and the forced converts to Catholicism had to be seen and counted when they came to church.

Historically, the wealth of Uzès was built on the working of wood, wrought iron, stone, textiles and, later, silk – Uzès stockings became widely popular after the war when they were in short supply. Nowadays, the city is a vibrant and active place to be with numerous festivities and activities. Perhaps the best known is the Saturday market which is held in the attractive Place des Herbes in the town center. The market has all the color, vitality and character you would expect to find in a French market without all the trappings of commercialization and it has a wide variety of fresh, local produce. And if food is not what you’re after, Uzès hosts Sunday markets where local artists, sculptors, craftsmen and potters will sell their wares – promising another day of colorful displays and quality products.

Whilst talking to the town’s mayor, Monsieur Jean-Luc Chapon, I soon realize why Uzès is so unique in the region. The emphasis is not only on the preservation of the rich historic past but also on the recognition and enrichment of present day skills. “My job is to continue to preserve our rich history and to make sure that Uzès thrives as a modern town as well,” explains the mayor.

My overwhelming feeling as I leave Uzès at the end of my visit is that I have spent the day in a place crammed full of history and beautiful architecture which is proudly preserved by its inhabitants whose enthusiasm makes it a truly unique place.

For all festivities and events go to www.uzes-tourisme.com

If you are interested in discovering more about Uzès you can take a fully guided reconnaissance tour to learn more about living in the area and real estate investment. Please email jen@renestance.com if you would like any further details or join our Real Estate and Real Life Tour on 29 April 2020. 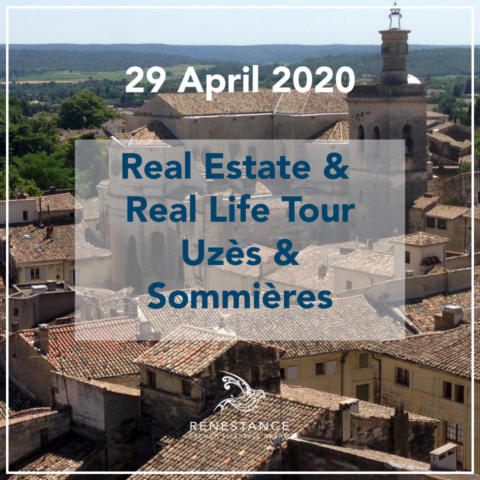 Laurence was born in Alès. She left after her studies to be an au pair in London. She visited Glasgow for a week end and stayed for 2 years. After returning to Montpellier for five years, she finally settled back in Bracknell, UK, where she was working in an IT company. She came back to France when her twins were toddlers, created LE SUN in 2006, and since then has been reveling in discovering her region, the Occitanie.

All articles by: Laurence Boxall