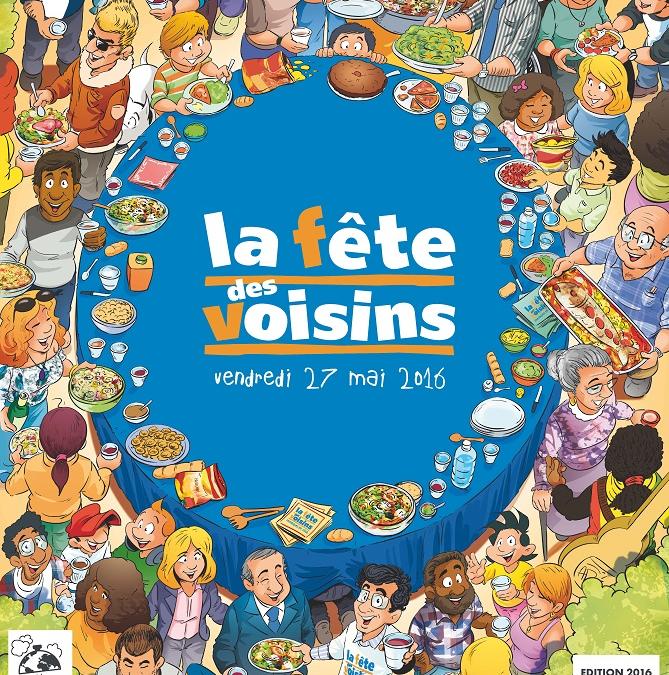 A few months ago we were thrilled to come across a new blog targeting Americans thinking about moving to France. Bob and Bill followed up on a lifelong love for France by moving to Carcassonne in March of this year. Since then, they’ve been sharing their highs and lows online with friends, family, and other francophiles. They explain, “Follow along as we go through the process of deciding to make the move, gather the documents we need for a visa, sell the house, find a place to live, and actually fly off to France.” We’ll be sharing their adventures and tips periodically here on Renestance and we begin this week with a post about their recent Fête des Voisins, or “Neighbor’s Festival”. This post about street parties in France was originally published on Let’s Live in France.

Is it pork or paëlla?

Last Monday the city put a sign on both ends of our rue reminding the residents that the street would be closed on Friday from 7 PM until 2 AM for the Fête des Voisins or Neighbors’ Day Festival. For one night a year at the end of May, cities, towns, and villages across the country shut down neighborhood roads to create one giant outdoor party with the official goal being to “break isolation…and give a sense of belonging”. Thanks to the friendly people who surround us, we’ve been there since our first week here.

Without realizing it, we knew about this street party within about a week after we moved in. The lady directly across from us, who is originally from Valencia, Spain, loved to pet Heather and would chat to us while giving much-appreciated attention to a certain little dog. In March she told us that for one evening in a couple of months from then we would be standing in a sea of tables covered with food and drink that each of the residents would put out to share. You could see the delight in her face as she described the paëlla, her city’s signature dish, that she would be making for all of us to enjoy.

The same day the signs went up about the road closure, we found an invitation to the Fête in our mailbox. These are printed to be used across France with a blank space for your local area’s information. It was there that we hurriedly read the handwriting that said “At 7 PM, sweet and sour pork and your own silverware”. Wait a minute, what about the paëlla we’ve been anticipating for the last two months? Generally speaking, we do OK with French (far from fluent) but we’re still struggling with handwriting. A second, more careful reading of the invitation revealed that it actually said “At 7 PM, bring a sweet or savory and your own silverware.” Oh.

Maybe an hour later after we could hold no more appetizers, out came the paëlla, right from the pages of a food magazine: an amazing variety of seafood and vegetables artfully arranged on a bed of saffron-colored rice. So how could we top that? Well, we probably couldn’t but Bill’s homemade cheesecake made a valiant effort and since there’s not a slice left, we think that our neighbors agree.