Setting Up a Household: Things Are Different Here!

This article has been written by Sandy Shroyer for Renestance as a guest blogger. You can find follow her adventures in her blog at https://www.roaminretirement.com/

After spending my entire life in the United States, primarily Oklahoma (born and raised), Texas (where we raised our kids), and Boston (our first big adventure), I’ve now lived in Montpellier, France, for four months. Some people think it took courage to make such a move, but I don’t think so; all it took for us was a sense of adventure. Since we arrived, we’ve settled in, begun the long journey to learn the language, developed a circle of lovely friends, and made some exciting trips.

Many people are curious about people like me who decide to live in another country. They want to know why we did it, how we did it, and what we’ve discovered in the process. Today I’ll share some observations about things that are different here—specifically, things related to household setup.

We rent a furnished apartment, so our setup was relatively easy; however, we did have to buy bed linens, towels, kitchen implements, etc. On our first supply mission we needed sheets and towels—and we discovered some major differences!

First, in France it’s unusual to find flat or top sheets. The custom here is to use a duvet cover, which can be removed and washed when you wash your sheets. We opted for washed linen, which feels luxurious, but I wasted many hours searching for top sheets. Our attitude is “bloom where you’re planted,” so no more top sheets for us! Oh, and the pillows are square, not rectangular as in the U.S.

Another interesting difference is washcloths. In France, they’re sort of like fingerless mittens with a hanging loop. It was easy to adjust to this difference, and now I prefer these. 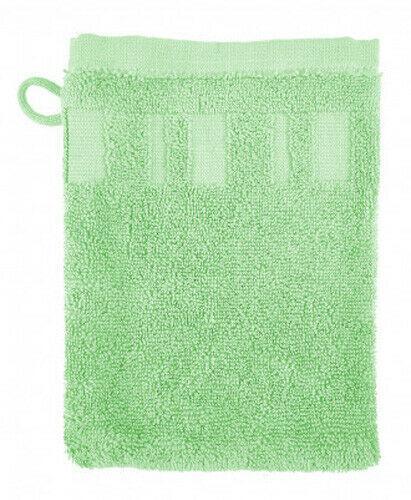 Recently I had lunch with some Renestance friends, and we were discussing things that are different. “Teaspoons!” exclaimed Dennelle. She’s so right; in France the teaspoons are tiny (probably made for espresso cups). There are no “American-sized” teaspoons to be had here. 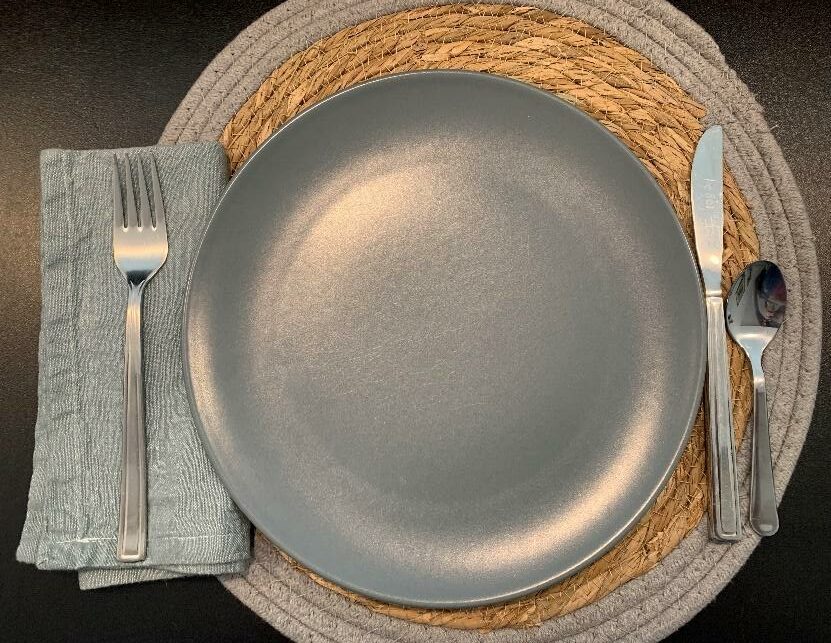 Tiny teaspoons came with our apartment. Photo by Sandy Shroyer

Another thing I found different—and smart!—is the sets of pots and pans that come with one shareable handle. Genius! 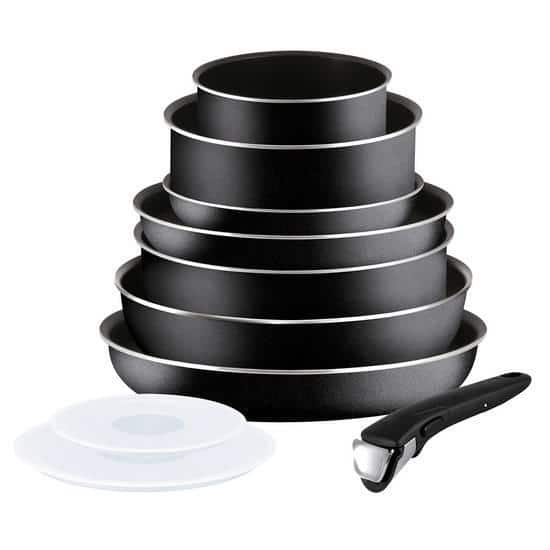 One thing that’s different, and not in a good way, is laundry. We are fortunate to have both a washer and a dryer (most people have only a washer and hang clothes out to dry). However, they are (a) sloooowwww, (b) non-vented dryers, so one must frequently empty the accumulated water) and (c) one needs an engineering degree to decipher how they work. Renestance founder Dennelle recently posted this “simple guide to washing machine symbols” on Facebook. Nuff said.

So, let’s talk about bathrooms. In France, as you probably know, bidets are common. We have one (the old kind, not the kind that fits on the toilet seat), and I have no idea what to do with it since we won’t use it as intended. My Renestance friend Ann-Lii suggested it could be used for washing one’s feet, but I prefer doing that in the shower. Planter, perhaps? I’m open to suggestions!

Bidet in our bathroom. Photo by Sandy Shroyer.

If you’ve traveled in Europe, you probably know of another common bathroom feature: heated towel racks. After a trip to France many years ago, we bought one for our home. They’re wonderful! 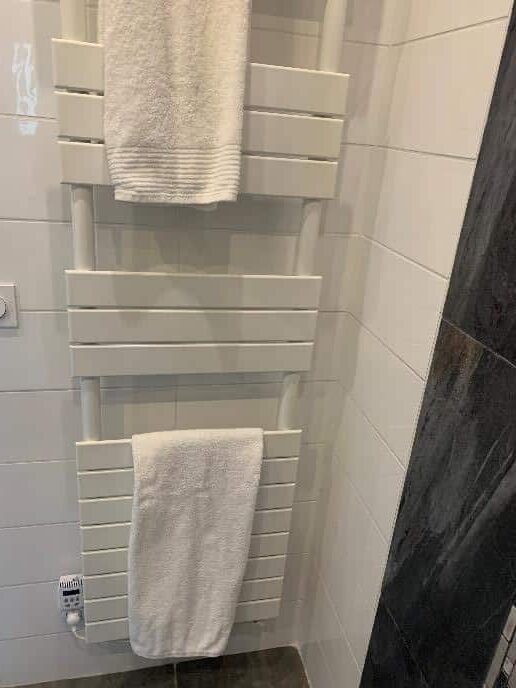 Heated towel rack in our bathroom. The guest bathroom has one, too! Photo by Sandy Shroyer.

But what you may not know is that showers are interesting in France. Some are like tiny space capsules that my husband can barely fit into, many are the “wet room” style without walls or curtains, but ours is luxurious, with colored lights. I named it Disco Inferno, and every time I take a shower I sing “Burn, baby, burn!”

There are probably many more examples that we have yet to discover. We view all of these differences as part of the process of assimilating into a new culture, and that attitude serves us well. There are lots of other differences that I’ll discuss in future posts. Meanwhile, for readers who have visited or who live in France, what other household differences have you noticed?

Alexandre is a French IT professional and Renestance's CTO. He has always enjoyed speaking English, which helped him meet his wife and co-found Renestance.

All articles by: Alexandre Nizoux