How Safe is it to Live in France? 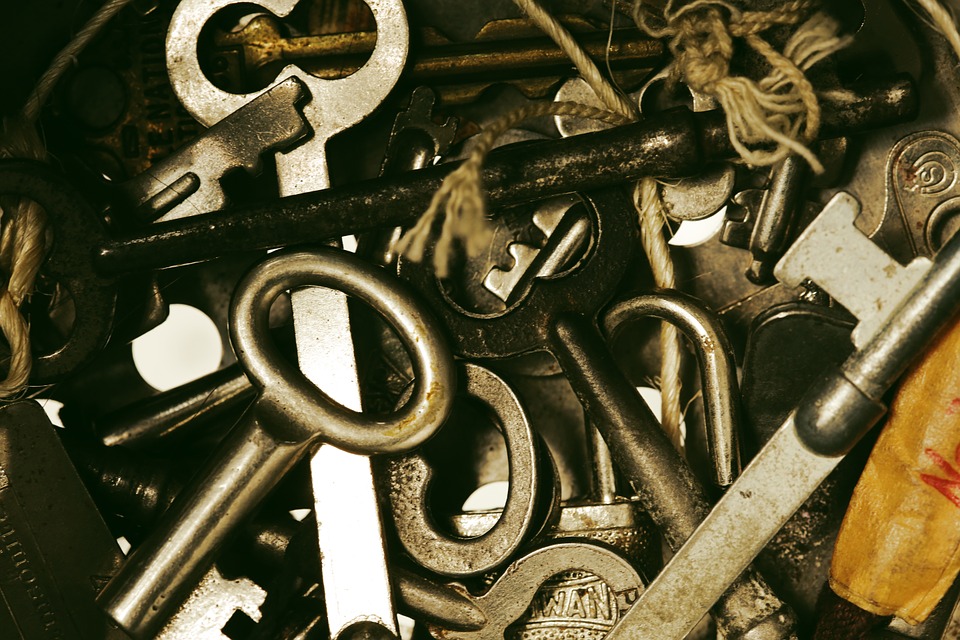 Fear. It’s perhaps one of the greatest deterrents to moving to another country. Fear of the bureaucracy, fear of not knowing the language, fear of being far away from friends and family. There’s another fear that we find our clients asking about—fear about personal safety. From random acts of violence, to social unrest, to anti-semitism to terrorism. In light of the recent attacks on Paris, we find increased concern from people about how safe it is to live in France. We take the issue of safety head-on in this week’s post – we will take a look at some of the statistics, perceptions vs. reality, and the personal experience of our Renestance team with crime in France.

Violent Crime and Terrorism in France

Immediately following the Paris Attacks, NPR’s Robert Siegal interviewed Dr. Jean-Paul Fontaine, an emergency room physician in Paris. Dr. Fontaine had been working at a Paris hospital Friday November 13th when his emergency room confronted far more gunshot victims than usual. How many more? Dr. Fontaine explained that normally they see one gun shot victim. When Robert Siegal asked for clarification, “one gun shot victim a weekend?” Dr Fontaine responded “one a year.” You would be hard-pressed to find a major city in most countries where the emergency room admits only one gunshot victim a year.¹

In fact, Todd Miller compares Paris, Texas to Paris, France in terms of deaths by guns. He writes, “Over the decade between 2002 and 2012, an average of 126 people were shot to death each year in France. For the same period, an average of 953 people were killed in Texas each year by firearms. Texas’ population is less than half that of France.” That means that the per capita rate of homicide by firearms in Texas is nineteen times the number in France. ²

While the attacks of November 13th were horrific, it is essential to keep the broader picture in mind when considering violent crime and terrorism. As Douglas Herbert, an English speaker living in Paris writes, “What’s changed, dramatically, is our perception of imminent danger.” He points out that the probability of being a victim of terrorism in France is still infinitesimal. While it’s a growing reality, we all still have a greater chance of being struck by lightning than we do being a victim of terrorism.

Other types of Crime in France

It’s important to bear in mind geography when considering crime and safety. The vast majority of crimes in France occur in Paris and its surroundings. For example, in 2011 there were 143,105 incidents of crime in the Il-de-France (the region around Paris) while there were were fewer than 20,000 in the Languedoc-Roussillon region.³ 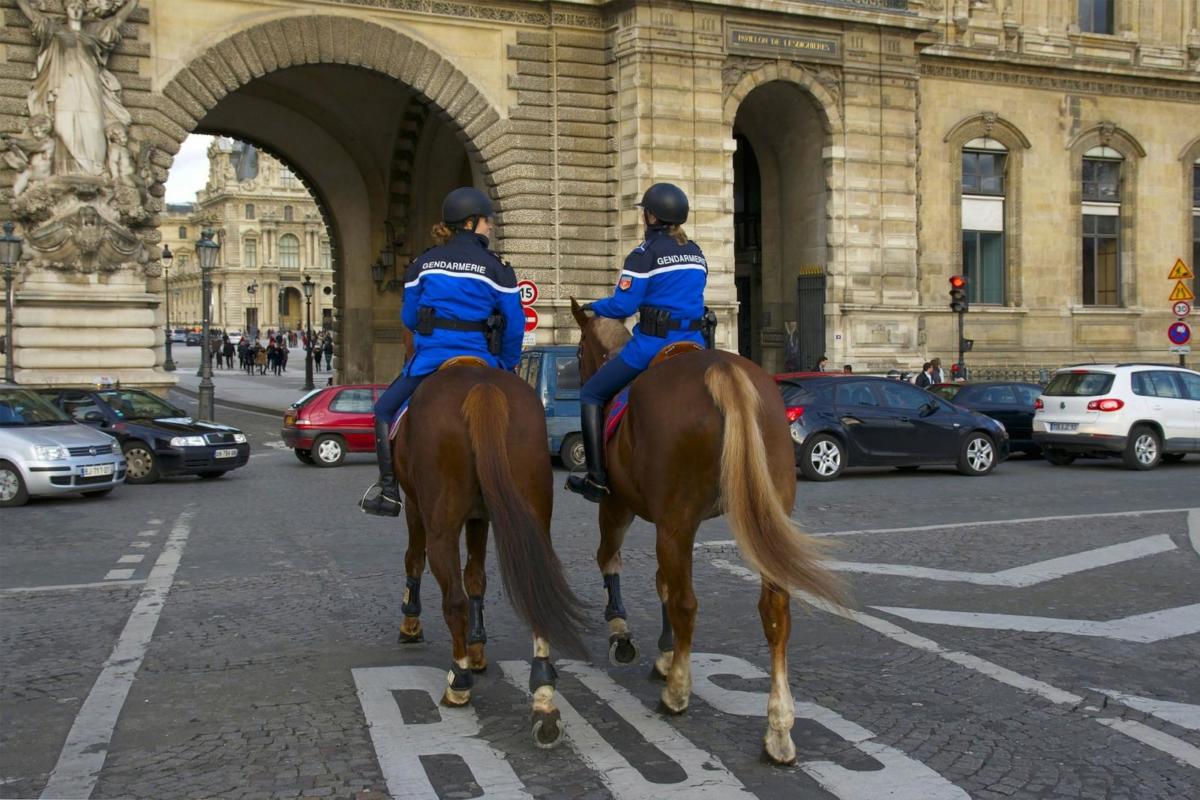 A brief survey of English speakers in the Languedoc reflects that crime locally is primarily burglary and petty crimes. Several of the people we talked to have had tools, bicycles, etc. stolen from their property. However, one woman reflected a common sentiment when she explained, that despite having items stolen, “… I still feel safe compared to the UK. I’ve mistakenly left the doors unlocked and no one has entered on a number of occasions, my favourite example was when the UPS man called and I wasn’t in. I told him to deliver to the gite next door but he got mixed up and discovered I’d left mine unlocked. When I came back I went next door and panicked as my large boxes of electrical kit were missing. I was in even more shock when I went in and found them all in the living room!”

Another significant cultural difference we have found relates to youth. In many parts of the world, if you are walking late at night you may cross the street to avoid groups of teenagers. Here in France, several English speakers expressed they were surprised to find that adolescents here may look tough, but are very polite. One woman wrote, “I was surprised when my husband and I were walking down a dark alley, we came across a group of youths smoking and making out. They stopped their kissing to say ‘Bonsoir!’ and moved out of our way.:

In Our Experience: Renestance speaks to safety issues

Our core-team at Renestance collectively has lived in France for almost fifty years and fortunately we have had very limited experience with crime. Renestance founder and President, Dennelle Taylor Nizoux writes, “I lived in Paris for ten years and was never a victim of any crime, violent or otherwise. As a single woman, I went out at night to some of the seedier sides of town, but I soon realized that it was much safer than in my previous city of Washington, DC. You can take the metro around Paris on your own late at night without a problem.”

Jen Rowell-Gastard also writes, “I have never personally been victim to any sort of crime in France. However I have several friends whose homes have been burglarized, several times and always when they’re not home.” Nicole Hammond expresses concern about the risk of burglary for owners of holiday homes in remote areas. She has heard of many burglaries, also always occurring when the house was vacant. Nicole, like others who have spent significant time in Béziers or Montpellier, has witnessed petty crimes such as pickpocketing but fortunately, not experienced this directly.

In my own experience the only problem I have had since living here is when some of the teenagers in my neighborhood let the air out of a tire of all the cars on our street. Fortunately, they were kind enough to leave the top to the air valve sitting just next to the tire!

How to stay safe while living in France

“I find that fear is for people who don’t get out very much. The flip side of fear is understanding, and we gain that when we travel…”
Rick Steves, travel writer, during an interview with Tripit

To avoid being a victim of crime, we find that the same rules apply in France as everywhere. We suggest that you pay attention to what you’re doing, where you’re going, and who’s around you. For example,

• Be aware of your phone and wallet when walking in urban environments.
• Put your cash away immediately before walking away from the automatic teller.
• Try to stay in well-lighted, populated areas of the city at night
• If you feel the situation isn’t safe, or if someone threatens you, running away is the best option – don’t attempt to fight back.
• If you are being held up for your phone, wallet, etc., give it to them
• Yell “au secours” (oh sehKOOR) if you need help.
• Lock your house when you aren’t home! Even in the idyllic countryside there can be burglars.
• Consider getting valuable items insured.
• If you do need emergency support, you can dial 112. This number reaches the emergency services no matter where you are in Europe and will have an English speaker available.

Bear in mind the advantages of the countryside. One American on our team explained, “My family back in the U.S. has been concerned about my safety following the attacks in France. But the reality is, they live in a major urban area. I am much more concerned about their safety than they should be about mine here in the vineyards!

Above all, while the world as we know it is changing, we feel strongly that we can’t let fear impede us from living our lives. Because of the unpredictable nature of terrorism, it is impossible to know when and where the next incident will occur. The best we can all do is to continue to be aware while enjoying all France has to offer. Dr. Fontaine, the doctor from Paris explained [sic] “Paris is a living city. You can’t imagine there were no football game, no movies, no concerts, no music, no bars. That’s impossible. And you have to keep on having this atmosphere. So we are not afraid.”

Which Is Safer: Paris, France or Paris, Texas

Even in Paris, Guns Look Like a Greater Threat Than Terrorism