The Renestance Guide to French Cheese! 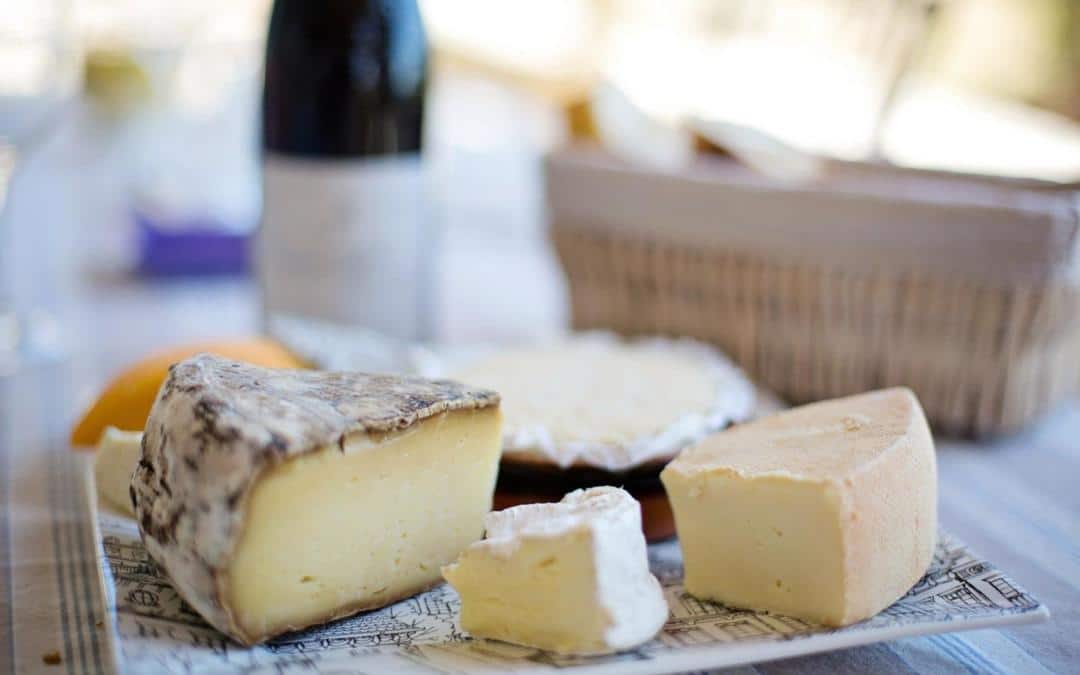 France is the cheese capital of the world!  There are officially between 350-450 types of French cheese, about 600 cheeses in production and further regional variations of each type, meaning the actual number is closer to at least 1000. Let us guide you through some of them!

Similar to fine wines, 56 cheeses are classified, protected, and regulated under French law. The majority of these are classified as Appellation d’origine contrôlée (AOC), the highest level of protection.

Le Fromage – love it or hate it?

It seems there isn’t a middle ground on appreciation of cheese, and evidently all of the Renestance team love it! Given a classic menu choice of cheese and/or dessert we’d always opt for both!

We all have different favorites too; Dennelle prefers stinky cow’s milk cheeses Livarot, Chaumes, Pont l’Evêque; Alex likes Pelardons and Jen prefers Rocamadour (both goat’s milk cheeses), Nicole likes a strong hard cheese made with unpasteurized milk such as Comté and as for me, I am extremely partial to a piece of Saint-Nectaire.

According to the excellent book ‘French Cheeses’ by Randolph Hodgson, the categories of French cheese are :

Geographically, you will find many of the creamiest and strongest cheeses are made from cow’s milk in Normandy, and the southern regions such as Languedoc are well known for their Chèvre (goat’s milk cheeses). 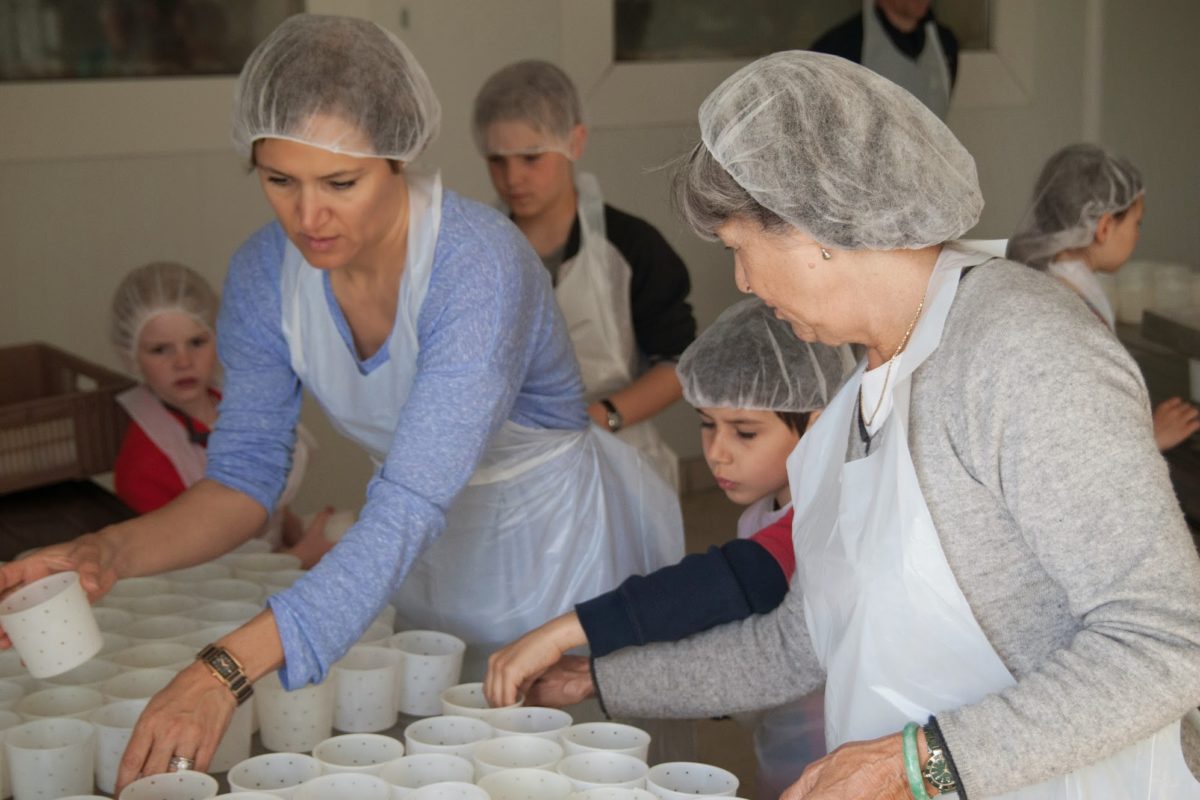 Lait cru cheese – is it safe?

Many cheese aficionados claim that lait cru cheeses can’t be beaten. On the other hand, people are warned against eating unpasteurized cheeses because they are not safe, especially for pregnant women.

The long and the short of it is that cheese-making is designed to take a product that spoils quickly (milk) and make it suitable for long term storage. A hard cheese like Comté, with a very low moisture content, is safe regardless of pasteurization. In bacterial terms, ‘higher-risk’ cheeses are those with high moisture contents, such as washed-rind cheeses or soft, mold-ripened cheeses like Brie and Camembert.

Pasteurization doesn’t affect how long you can ‘keep’ a cheese either – a drier unpasteurized cheese like Mimolette will always keep longer than a pasteurized moist cheese like Brie.

Simply liking cheese is only part of the story. Here in France there’s an unwritten code on how to serve and eat your cheese! For example: 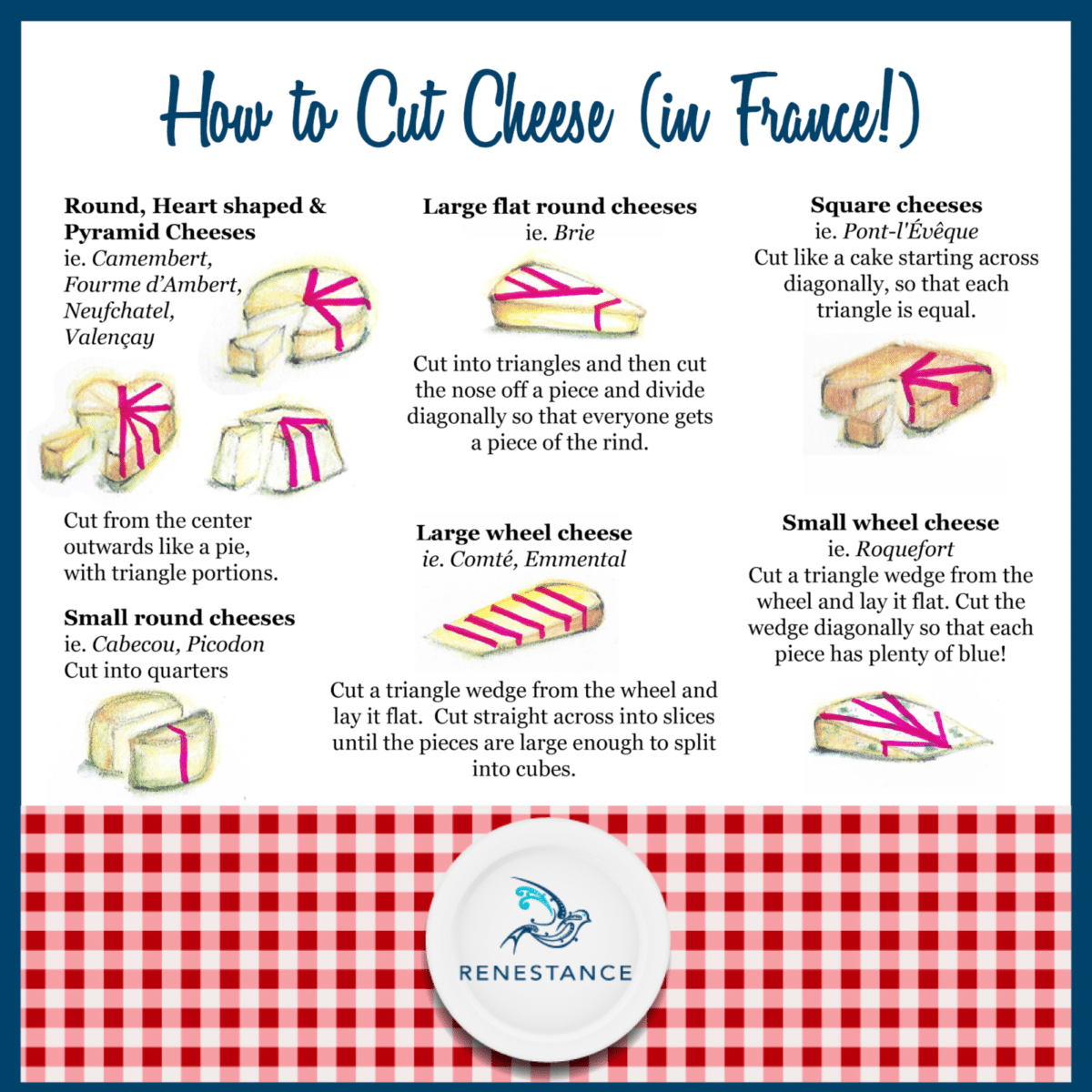 Image by Annette Morris for Renestance

There is plenty more we could tell you about French cheese, but the best way to discover your own favorite is to find a local market and start tasting. Bon appetit!