Paris attacks seen from the Languedoc 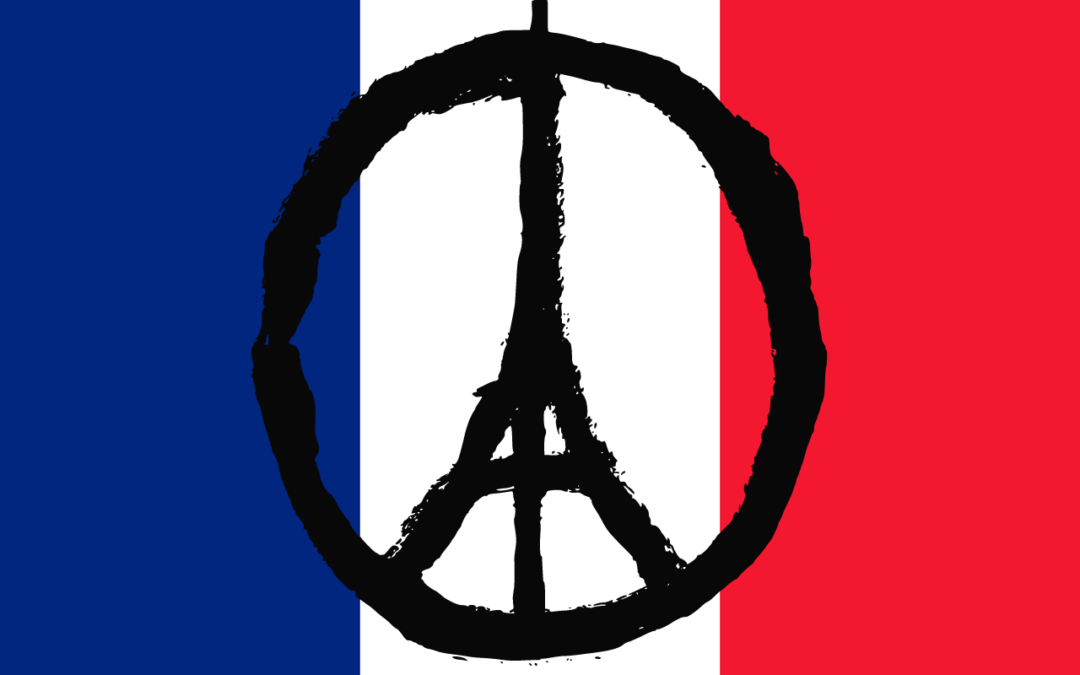 While we are a long distance from Paris here in the Languedoc, the attacks of November 13th impact us all in many ways. Many of the Renestance staff have lived in our beloved capital and have family and friends there now – luckily all are safe and accounted for. Beyond the concern for loved ones, and the general shock and sadness we all share, we wanted to share our personal thoughts and experiences with our readers.

First off, although we are more directly impacted by the attacks in Paris, our awareness of Daesh atrocities in other parts of the world has also been increased. Kenya, Beirut, Paris, Bamako… Is it possible to even try to understand why someone would take innocent lives or blow themselves up as an admirable act? It seems beyond comprehension.

But as shocking and inconceivable as the Paris attacks were, Dennelle felt they were less destabilizing than the Charlie Hebdo incidents in January. “Because in Paris the general public was targeted, rather than specific people or a particular group, it just seemed to confirm to me that bad stuff can happen anywhere, anytime and is really out of our control. As with any scare, like an e.coli breakout, a plane crash, or a mass shooting, you are worried about it for a while and try to avoid taking needless risks. Eventually, however, you realize that altering your behavior after every event is neither feasible nor likely to keep you safe, anyway.” 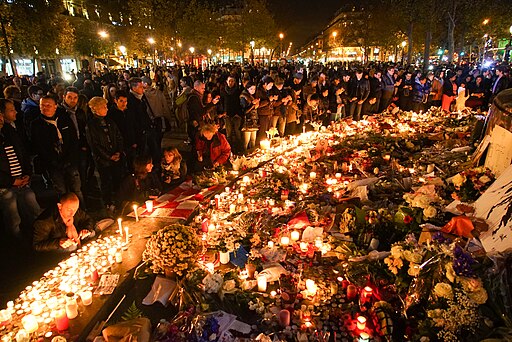 And that seems to be the general perspective of the French population. Nationwide, despite the frayed nerves, the increased security in public areas, and all the unsubstantiated bomb threats, most French residents are refusing to change the way they live. Some people are reluctant to go to large public gatherings, causing concerns over predicted drops in sales for the holiday season. Others on a local forum were quick to assert that they would continue to go to local Christmas markets and gather in public spaces – that they would not let themselves be ruled by fear.

As we come up on the first week since the attacks, the longer term repercussions are still unknown. The three days of national mourning have ended. Yesterday, a police raid near Paris resulted in the death of the terrorist suspected of masterminding the attacks. The French government has just extended the State of Emergency until the end of February, which will allow for heightened security measures, such as setting curfews, conducting house searches, and even confiscating certain classes of weapons. Being careful not to confuse the perpetrators of the terrorism with its victims, however, President Hollande has vowed to accept 30,000 Syrian refugees in France. 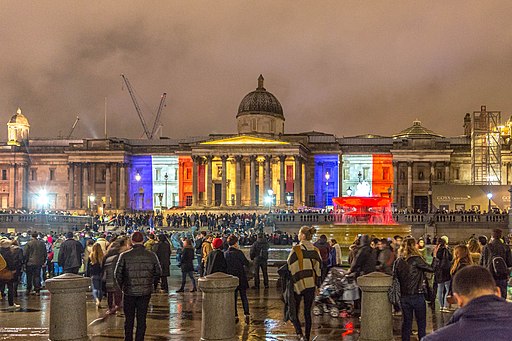 We have all been impressed by the fierce demonstration of solidarity for victims. “People from all edges of the world have responded with support and hope,” Tasha explains. “This past Monday the 16th, people congregated in front of the Mairies (Town Halls) in villages and cities across the region (and across France as a whole) for a nation-wide minute of silence.” People have reached out to support one another in multiple ways: the #portesouvertes Twitter initiative in Paris, where locals offered up a place to sleep to strangers stranded in the mayhem; the Syrian refugees in Toulouse, who held up a banner written “In solidarity with the victims;” the candles in every window throughout small villages in the vineyards Saturday evening… Without doubt, as a country, French nationals and foreigners alike have come together to demonstrate that, in the face of terror, our response as a nation is love.

As Jen says, “one week later, I can honestly say that I’m even prouder than before to live in a country where most people prefer investing their time, money, sweat and tears in special moments rather than special objects. It’s the French way of life. Profitez de la vie (take advantage of life): get out on the town, attend concerts, plays and comedy shows, dinner with friends, drinks with strangers…”

On Friday November 13th, it was the French way of life that was targeted by extremists. And the French will not give that up. Neither will we.