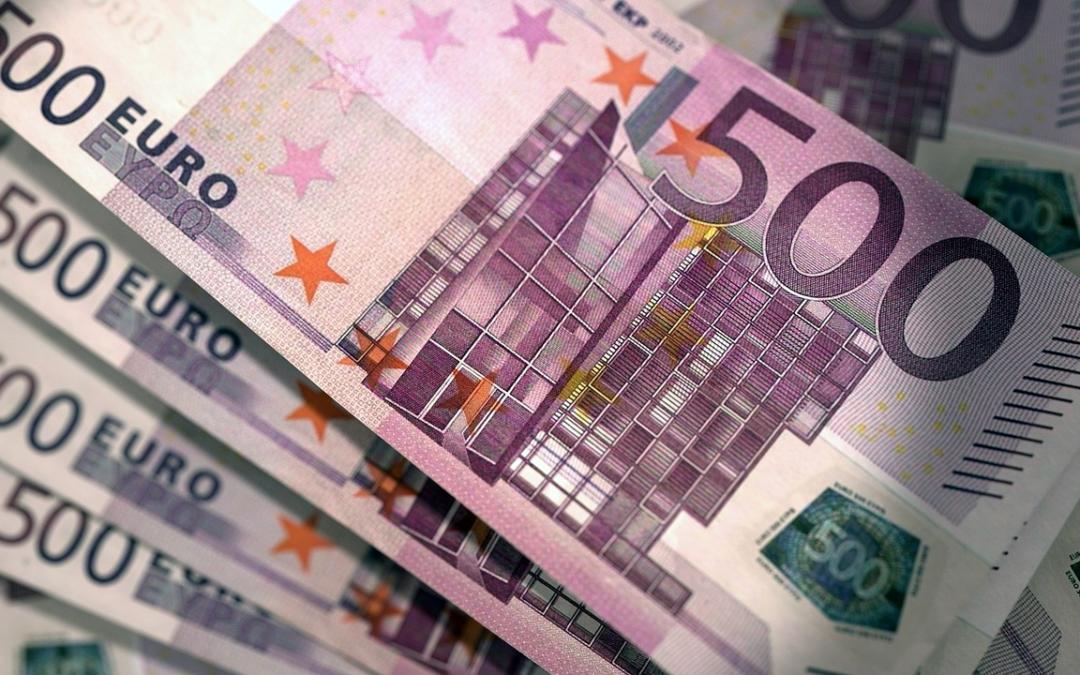 An article in this week’s The Local, an English language newspaper in France, refers to the challenges for newcomers navigating French bureaucracy. It’s true that the paperwork can be daunting, even for the French! Fortunately, Renestance is here to help. We have even assisted clients in opening a bank account in France before their move. In this week’s post, regular guest blogger Maxine Tomashefsky tackles the topic full on by researching different local banks in order to find the best fit. She writes about her experience near her home in Pézenas with grace and sense of humor, taking it all as part of the cultural journey.

Long before moving to France, Steve and I were customers of a worldwide bank, which simplified having accounts in the USA and the UK. As we began to look ahead to retiring to France, we asked the bank to open an account for us at their French affiliate. This turned out to be very easy, and they arranged all of the paperwork that we needed to fill in and sign and then they took care of the rest – it was that simple – and voila we had a French bank account before we even moved to France. We knew how lucky we were as we were told how complicated the red tape can be in France.

Now fast forward two years and we are now living in France a good part of the year (we split our time between the south of France, England and Southern California). It turns out the closest branch of our worldwide bank is 45 minutes away from where we live. This does not make it convenient for making deposits or other banking needs. Although we can use the cash machine in any bank to get cash without a fee using our bank card, after the first year living here in France, it became evident that we needed a local bank account.

We began by asking our friends who had a local bank which one they were with. There are so many local banks to choose from and we wanted to make sure that we chose a bank that fulfilled our needs – nothing more, nothing less. Well that can get confusing as everybody has their own opinion of what they think the best local bank is. We listened to each of our friend’s explanations of why they chose their bank and asked them questions to figure out the pros and cons. 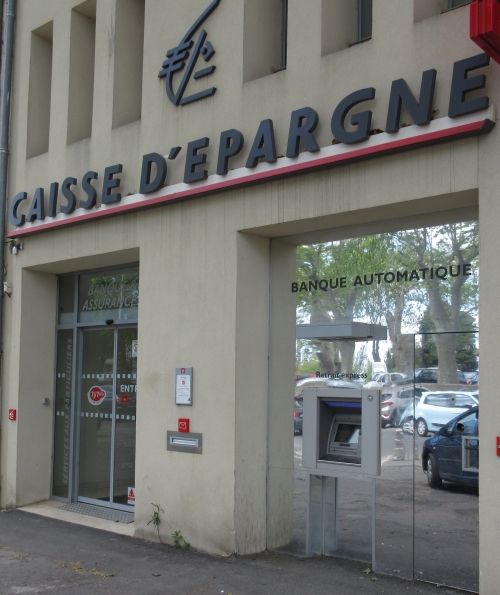 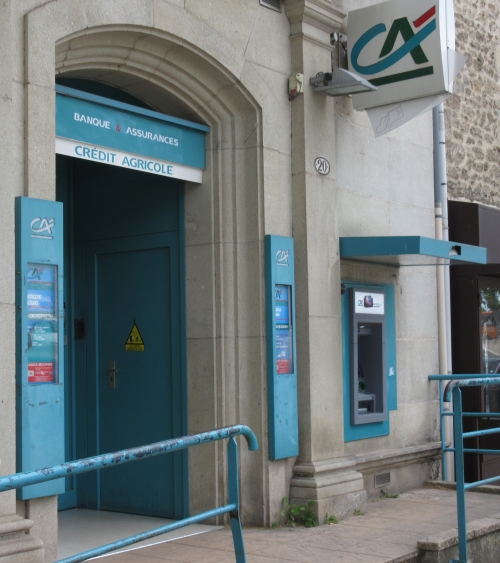 Some of the Many Banks to Choose From

Steve and I visited each of the banks to find out for ourselves which bank is best for us. As we visited each bank, we went through the same process of asking questions about what services they offered, the cost of these services (as we learned there are many) and then telling them our needs to see if there was a fit. It was a tedious process but one that you have to go through. We grew our French vocabulary – banking words and phrases and we felt like our French was at least being understood, especially important if they did not speak any English. It did pay off in the end, after visiting five to six local banks we found just the right local bank for us – with the services that we need, with reasonable costs and a wonderful lady who spoke fluent English.

Opening up the actual bank account was another adventure. We met briefly with the English speaking lady at the bank that we chose and told her that we would like to open up a bank account.

The appointment at the bank!

The day of our appointment comes around and we are all ready to go to the bank, documents in hand. The bank lady that worked with us was fabulous and she walked us through the process – in just two hours. She explained what each document was before we signed them. To be fair, a large pile of the documents were required by USA regulations regarding US citizens living abroad.

Marine loved practicing her English and started to tell us about herself. She is close to same age as our sons and we began telling her about them, too. Before we knew it we were hugging and kissing her good-bye and thanking her for all of her help. She is now our account manager and will support us with all of our banking needs.

As we left we felt as we have accomplished another task on our to-do list of settling into life in France and made a new friend at the same time.

Oh the process – the red tape – the time it takes to get anything done around here – it is another adventure – all part of the journey of living in another country with a different culture, different language and different laws and regulations. It is worth it all to live in this beautiful region of France.

This article was originally published on Maxine’s blog, Success to the Max.