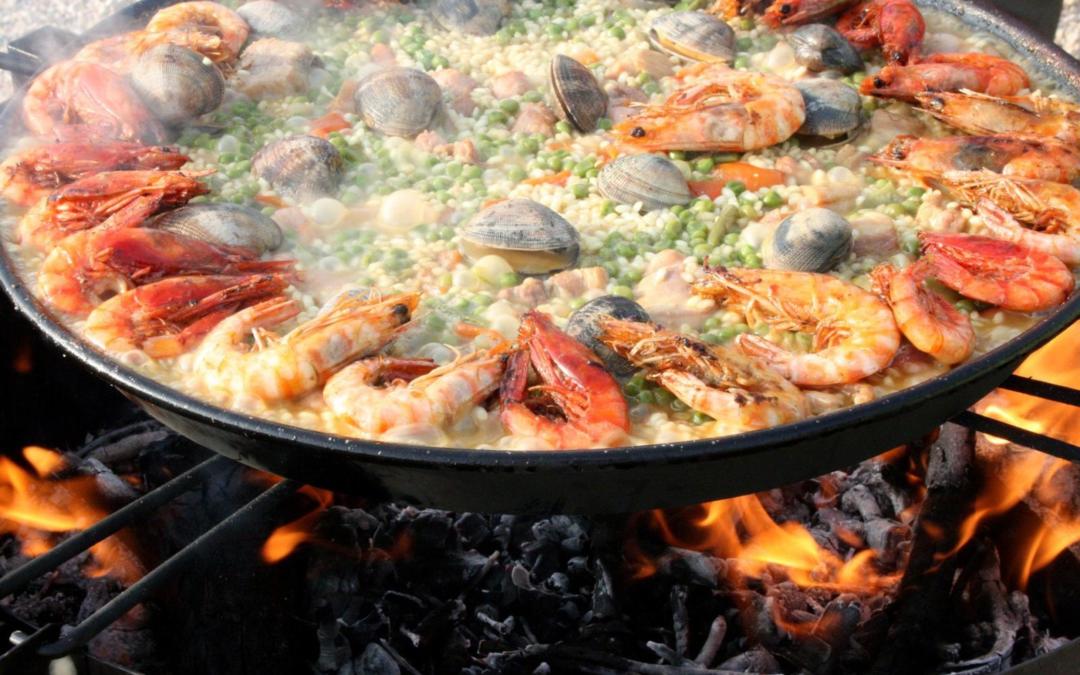 Here in the south of France we eat well. Very well. To the south and west, Languedoc has Spain, Catalonia and the former French colonies of North Africa.  The region has had many delicious and mediterranean influences throughout the centuries.

From the rich flavors of a Gardiane de Toro to the light delicious Crème Catalane there are Mediterranean variations to many classic French dishes. 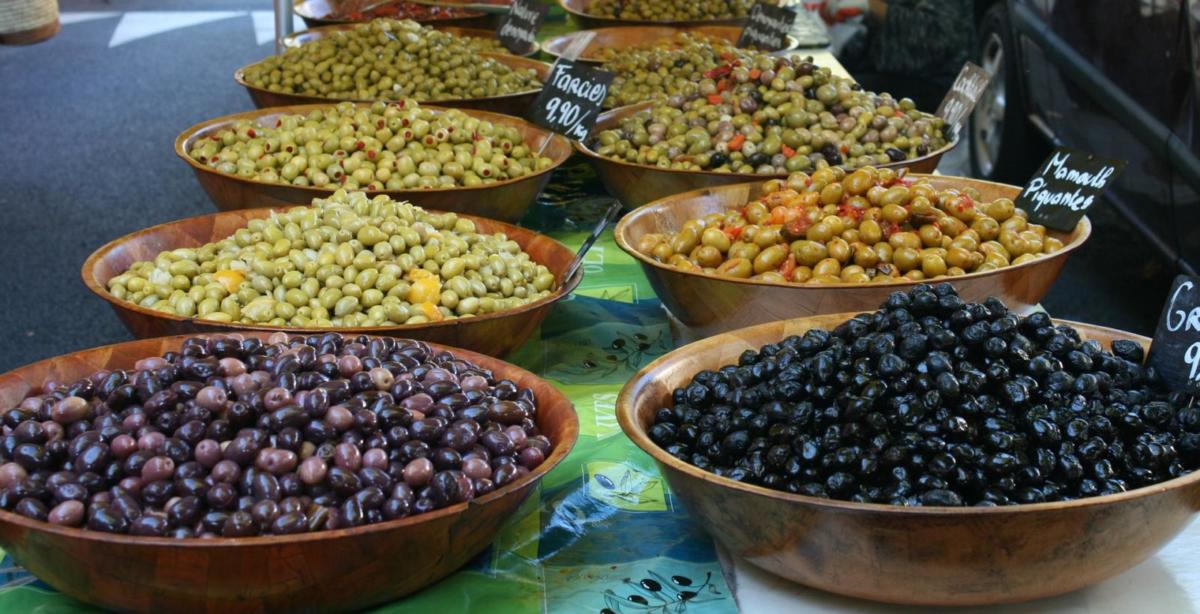 Image by Ian Munro from Pixabay

For a lighter option on the menu or beginning the meal with an entrée (starter) the influences from western France and from northern Spain are very evident. Foie gras is available for those who crave it, but tapas have made their way over the Spanish border into the menus of most local restaurants.

Olive trees grow in abundance here, so you’ll find freshly made tapenades from black or green olives, or sometimes made with sundried tomatoes, aubergines or red peppers instead.

There are locally cured hams, chorizo, sausages and many delectable cheeses made with goat’s or sheep’s milk (rarely cow).

Anchovies will be available fresh in vinaigrette or salted, and there are peppers and tomatoes in all colours from yellow, orange, red and green with varying degrees or sweet or spiciness.

With the proximity of the Mediterranean sea, mussels and oysters will also feature. Oysters are usually eaten raw, or flashed under the grill with a light topping of cheese (gratinée). Bouzigues, near Montpellier, is one of the most famous oyster producing towns in France. Moules Frites (mussels and chips) is not exclusive to this region of France, but will often be offered with alternative sauces such as Roquefort, Piment (spicy) or Lardons (bacon) as well as the classic Marinière. 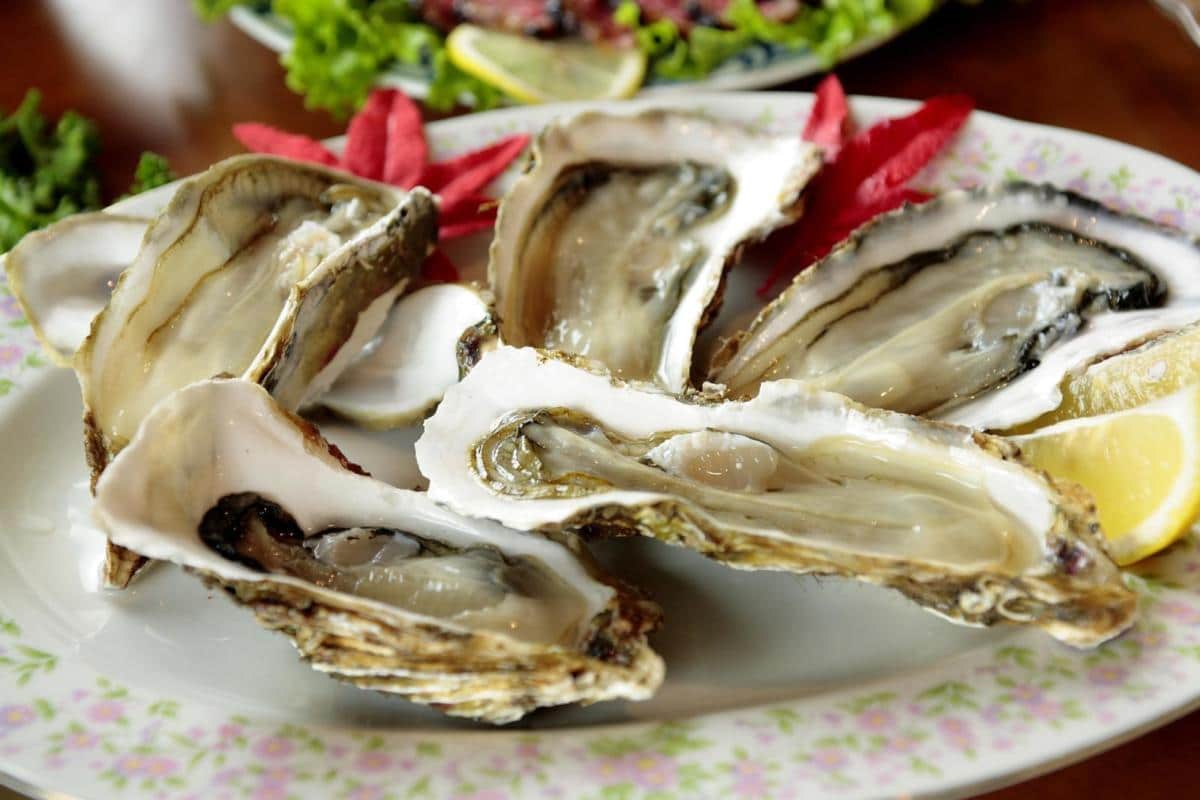 Image by kaleido-dp from Pixabay

Staying with the main course (plat on your menu), most menus will offer a steak of some kind; usually beef but sometimes horse.

If you find either of the below options on a menu here’s an important note : 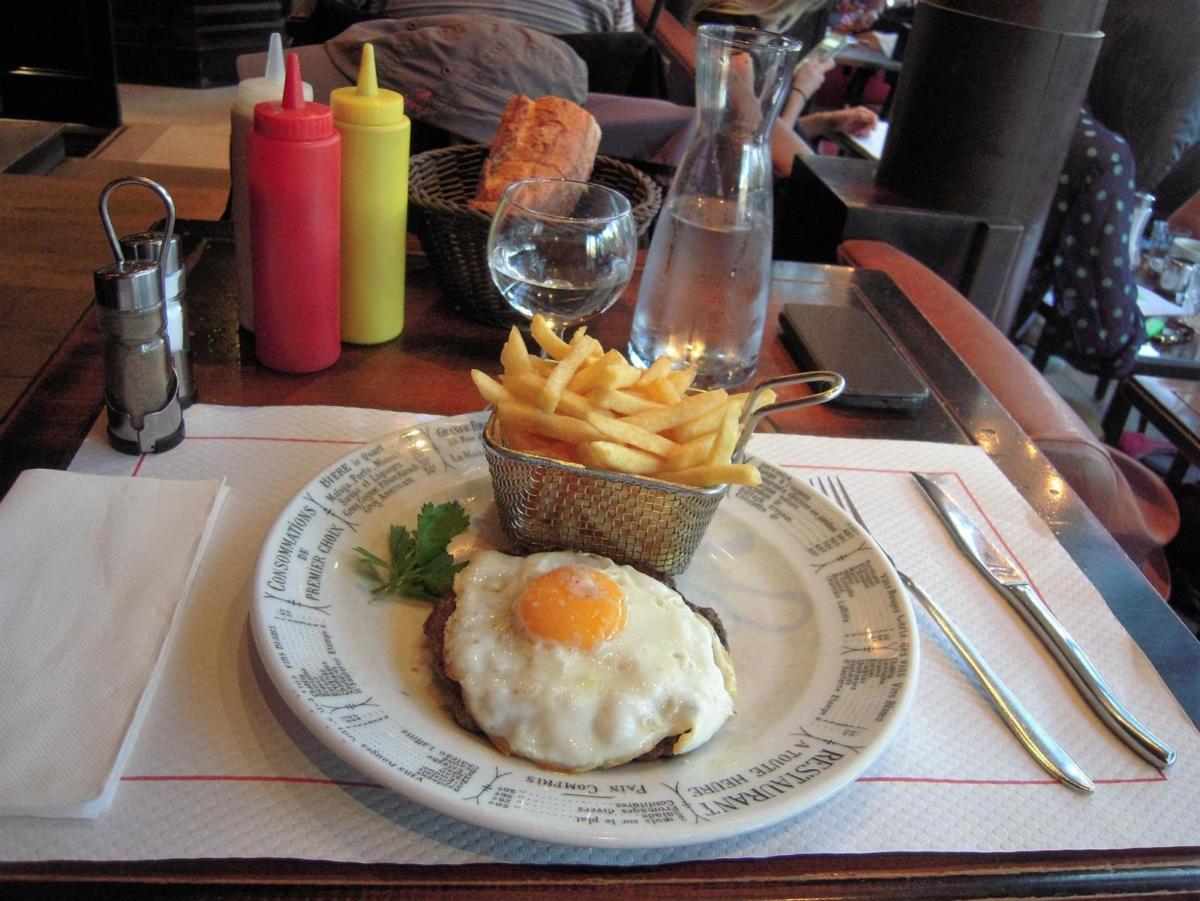 The Gardiane de Toro mentioned earlier is similar in style to the famous Boeuf Bourguignon but with a couple southern twists. It’s usually made with black olives, local wines and bull steak, coming from the late summer fêtes taurines (bull festivals) that take place throughout the region.

Paëlla (or Fideo/fidéoa – made with pasta instead of rice, see the header picture) has made its way across the border from Spain. You will likely find cuttlefish, prawns and mussels in a colorful and very large dish to share.

The North African version of a classic group dish is Couscous, which refers to the dish rather than the grain itself. The authentic version is a spicy soup of Mediterranean vegetables served over the delicate grains, with Hallal meats like merguez, kefta or beef. A starter or salad looking similar to Couscous is called Taboulé. It’s a refreshing mixture of grains, mint, tomatoes, cucumber, and seasoned with lemon juice and olive oil and is found at most local picnics. 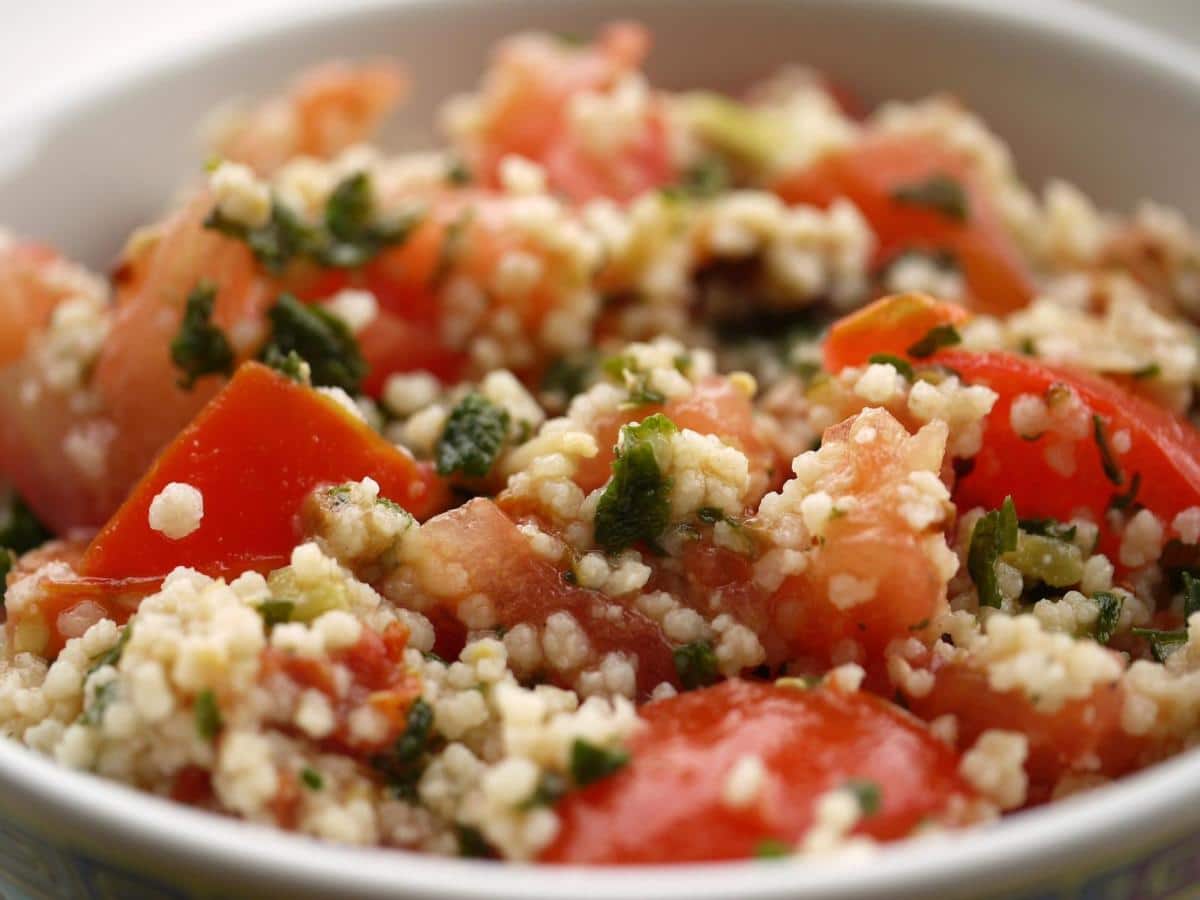 Image by Candace Towner from Pixabay

There will be garlic in everything, of course!

And so on to dessert.

Crème Catalane is a twist on the classic crème brulée, adding lemon and cinnamon to an already delicious recipe, but making it slightly more refreshing on a hot summer’s day.

Summer food in the south tends to be light and prepared using locally sourced produce such as fish, fruits and olive oil. One of the reasons so many people choose to retire here is for better health and quality of life – looking at the diet it’s easy to see why!

If you have found a favorite dish on the menu that we haven’t mentioned here please do let us know in the comments.

In the meantime – bon appetit!