Experience the magic of the Carnival de Limoux

From 22 January to 2 April 2017, the beautiful medieval city of Limoux will come alive with the sights and sounds of Carnival. It is conducted in Occitan, the traditional language of the area.

Everyone participates in Limoux’s carnival. The parade is made up of guilds, ‘goudil’s clowns and ordinary people. They all congregate in the Place de la République, the heart of this pretty town, with its fine stone arcading and timber-framed houses.

Limoux is a place that likes to party in a most un self-conscious way and for its own pleasure rather than for the sake of tourists. The guilds and their accompanying musicians will entertain and annoy customers enjoying the spectacle from one of the many cafes surrounding the square and try to persuade them to buy them a drink! Their voices are disguised by their masks so they can be completely anonymous. Each weekend there are a number of processions (check out the programme here www.carnaval-limoux.com) The morning is devoted to a topic chosen among local, national or international news which becomes a subject of ridicule by the guild. 5PM sees the arrival of Pierrot with his wide collar, black mask, gloves and the ‘carabena’ the confetti filled bag and marching to the lively tunes played by the bands. Each Guild will have different colours and styles for their Pierrot. The night parade is more stately and magical with torch lights, and the festivities end on the La Nuit de la Banquette (see Honor’s previous post regarding the nectar known as Blanquette).

For something to brighten up these cold winter days, buy a bag of confetti and go and join in the fun. But be warned, I am still finding colourful pieces of confetti hidden away in the most strangest of places!

This post was originally published by Honor Davis Marks for www.maisondelaroche.com – Honor left London in 2007 to try a new adventure with her (then) husband and their young daughter. They turned an old run-down farm house into 3 stunning gites, added a pool, and have created Maison de la Roche. Open all year around – you may arrive as strangers but you will definitely leave as friends! 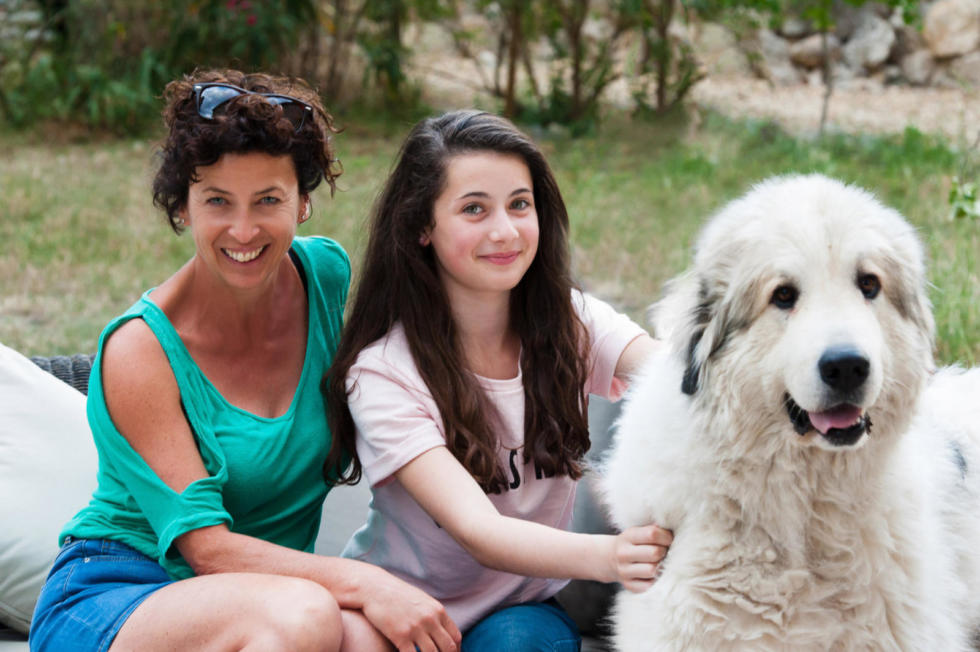 Honor with her daughter (and Bob the dog)