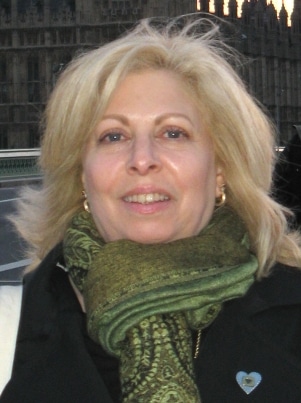 This week we are thrilled to introduce Maxine Tomashefsky, travel writer and photographer, as a guest blogger here at Renestance. Maxine and her husband Steve retired and moved to a village near Pézenas less than a year ago, and she has been blogging about her adventures at Success to the Max ever since.

Born in New York and brought up in Southern California, Maxine spent the past seven years in the U.K. because of Steve’s work. This week, we’ll be featuring a series of posts from Maxine beginning with the days following her big move. Maxine has generously offered to be a guest blogger here on a monthly basis, so we will look forward to learning from her experiences as she and Steve settle into their small village, learning to negotiate with French utility companies while discovering the best beaches in the Hérault. This first post we are re-blogging here, Leaving England for France was originally posted in September of 2014 shortly after Maxine and Steve’s arrival in the area.

It has only been four weeks since we left England and drove to France to stay at our new holiday home for a long visit, although it feels like months ago when we were packing up things to take to France.

After the movers came to pick up our stuff, Steve and I set out on our four-hour drive to the Eurotunnel Le Shuttle departure point in Folkestone, England. This is a train specially fitted to take cars and trucks under the English Channel to France. Passengers stay in their cars while the train takes all the cars, trucks and passengers on a 35-minute ride to Calais, France.

Arriving in Calais around 11 pm (after losing an hour going from British time to Central European time), we drove off the train towards our hotel to spend the night. Steve wanted to drive an hour beyond Calais to make our long drive the next day a little shorter. We booked at the Ace Hotel in Beaurains. It was reasonably priced and brand-new, which is comforting when one is arriving late, looking for a few hours sleep, and not particularly looking for ‘character’.

We drove 600 miles, all on the autoroute (motorway), at 80 miles-per-hour (130 kilometres/hour is the speed limit on the autoroute), getting us to our friends in the south of France in time to go with them for a wine tasting dinner. We did the drive in ten hours with just two stops along the way. We saw beautiful scenery and changes in the landscape with sunshine and rain and then sunshine the rest of the way.

We spent the first three days with our friends. We then left for a village just ten minutes away to house- dog- and cat-sit, for a new friend Linda, while she went to America for a ten-day trip to take care of some business. Her doggie Maggie – a little shih-tzu – and Paddy – a big ragdoll Siamese cat. Yes, Maggie and Paddy are of Irish descent.

Before we got there, Linda emailed us the whole story about Maggie and Paddy, to give us their daily routine. We went to visit them a few times to introduce ourselves and get to know them and allow them to get to know us. They are both very beautiful and loving animals. We are used to dogs as we have always had one and even had a shih-tzu of our own. We have been around cats at family and friends’ houses, but not for an extended period of time, so it took a day or two for Paddy to train us.

Maggie was comfortable with us from the beginning. Paddy was like a kid when their mom is away – he wanted to see how far he could push us in getting more food than usual and waking us up early in the morning to get out of bed to brush and feed him so that he could then relax and go back to sleep while we started our day.

I emailed Linda during the ten days to let her know how they were doing and to put her mind at ease that they were adapting well. We really did have a good time with them and actually missed both of them (and Linda, too!) when we left.

During this time we met with the builder-developer of our new holiday home to discuss what we were to do, since our house was not quite ready for us to move in to, even though it was supposed to have been. He assured us that he would take care of us until the house was ready for us to move into by finding us a house to rent while waiting for the go-ahead to move in. We are in Tourbes, a nice village just ten minutes from our holiday house. We have been socializing with the locals and have made new friends.