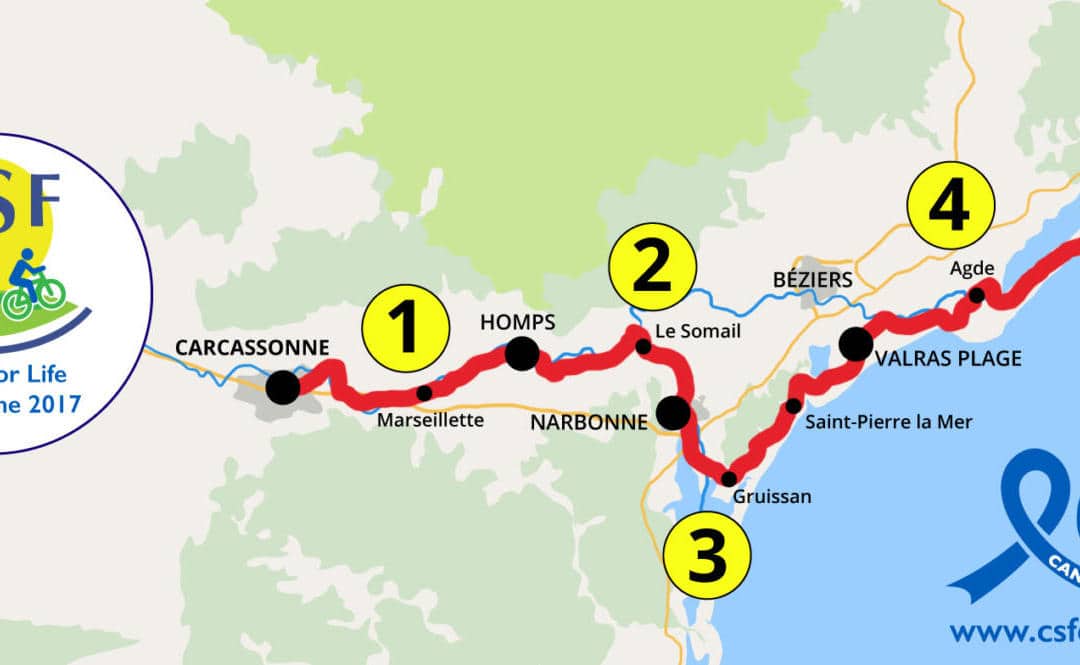 One in three people in the western world will suffer some kind of cancer in their lifetime. That in itself is a frightening statistic, but imagine if it was you or a loved one, and the country you live in, didn’t speak your main language. Scary indeed.

In 2002, Cancer Support France (CSF) was set-up to help people in exactly that situation, offering both emotional and practical help.

In June 2015, to celebrate life, sunshine and friendship, the Gascony branch of CSF organised a bike ride along the 240km of the Canal du Midi through our region of Occitanie. This beautiful setting provided a fabulous backdrop to what for some was a big personal challenge, and to all, proved to be a very enjoyable few days. Among the riders were survivors, sufferers, supporters and sightseers, some having not cycled for decades.

In 2016, the event took place in September and CSF organised a route along the Canal de Garonne from Bordeaux to Toulouse.

“Cycle for Life” has become an important annual event to raise awareness for the national association, and to acknowledge the fantastic and challenging work that they do for English speakers in France.

Renestance were very proud to sponsor the cycle ride in 2015, and we are already looking forward to Cycle for Life 2017! 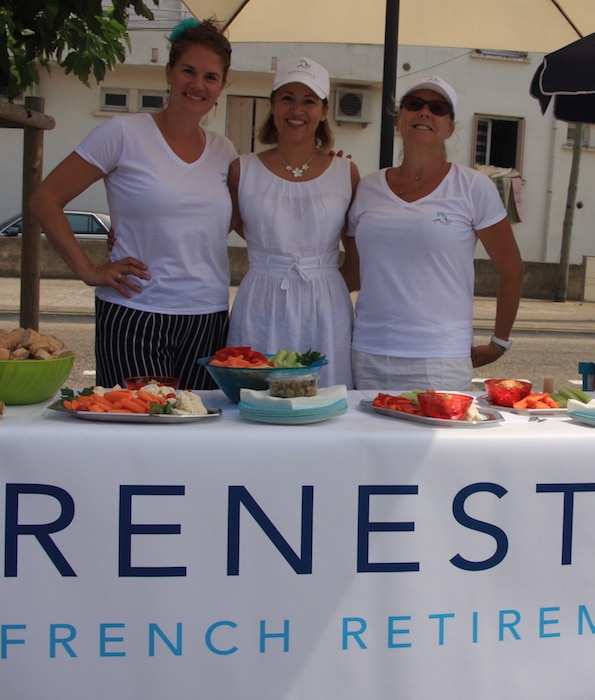 The Renestance Team at the finish point in Marseillan, June 2015

This year the event returns to Languedoc – it is open to all and starts in the medieval city of Carcassonne on 22 June. Over 4 consecutive days and in 4 separate stages, the 200km route takes in paths alongside the Canal du Midi, Canal de la Robine and Mediterranean coast before ending in the coastal town of Sête.

If you’re expecting a race, epic hill climbs, sprint finishes, or weighing your pasta every evening, this is not the ride for you. If a gentle meander through beautiful French countryside in the sunshine, sharing wonderful lunch stops and some bicycle banter is more your thing, don’t think twice about taking part: plenty of fun, food (and of course wine!) are all part of the experience of a lifetime.

Registration for the event is free. You can join for any of the 4 stages or take part in the full 200km. Sponsorship is optional and cycle hire can be arranged – even for electric bikes!   Those not able to cycle can still take part and enjoy the fun – CSF are also seeking local volunteers to help behind the scenes.   For further details see the CSF website www.csfcycleforlife.org.

As before, the Renestance Team are a keen sponsor for this event in June. We’ll be congratulating all the participants on a great achievement and offering a glass of something refreshing at the finish line in Sète.

We hope to see you there!