The best Christmas market in town! 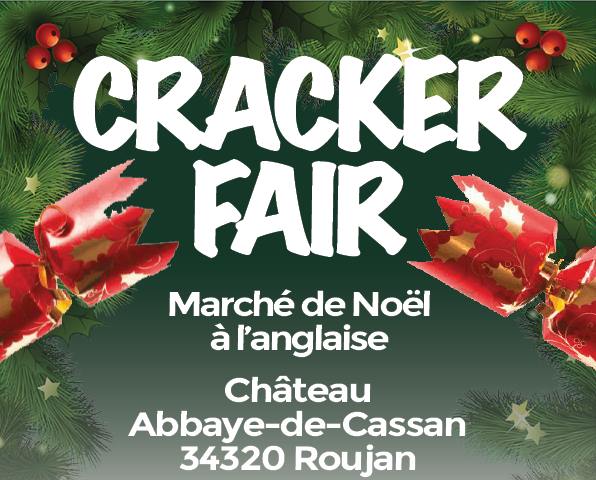 This year’s Languedoc Living Cracker Fair is almost upon us. If you haven’t put it in your diaries yet, it’s the last weekend in November – Saturday 26th and Sunday 27th.

It’s an important event, not only because it’s the best Christmas market in the region, but also because we are celebrating our tenth anniversary!

It’s held in the stunning Château-Abbaye de Cassan in Roujan. There are stalls and food outside in the courtyard, and 100 more inside. Take the chance to have a look around the 11th century Roman chapel, the grand gallery, music room, bishop’s bedroom, dining room, library, herbarium, ancient kitchen, and don’t forget the fresco painted with lapis lazuli.

We’ve got lots of great artists, and exhibitors coming, some old favourites, and some new and exciting ones too. We’ll be featuring them in Languedoc Living soon, so that you can start making plans about what you want to buy.

The food stalls outside and inside, also feature the old favourites, and some new ones as well. If the weather is good enough, we will be spreading out Ken and Alison’s café, so that you can sit outside on the back terrace. We’ll have more news on that nearer the time.

This year, Languedoc Living will have a stand just outside the chapel, so do come and see us if you want to chat about anything.

Cancer Support France (CSF) have moved this year, to a more spacious spot. Come along towards the chapel, and then turn right just before you get there. You’ll see them facing you. They are running their usual lotto, so bring a bit of extra cash to help them raise money, and you might even win one of the great prizes. All money raised goes directly to CSF.

If you enjoyed the face painting last year, you’ll find Languedoc Solidarity with Refugees (LSR) in the big tent outside by the pond, along with Santa Claus.

Amnesty International are also back again this year, so please help these great organisations to raise some money.

This article originally appeared on www.LanguedocLiving.com, where you will also find further details about the event and a full list of exhibitors.