Being on Reality TV in the South of France! 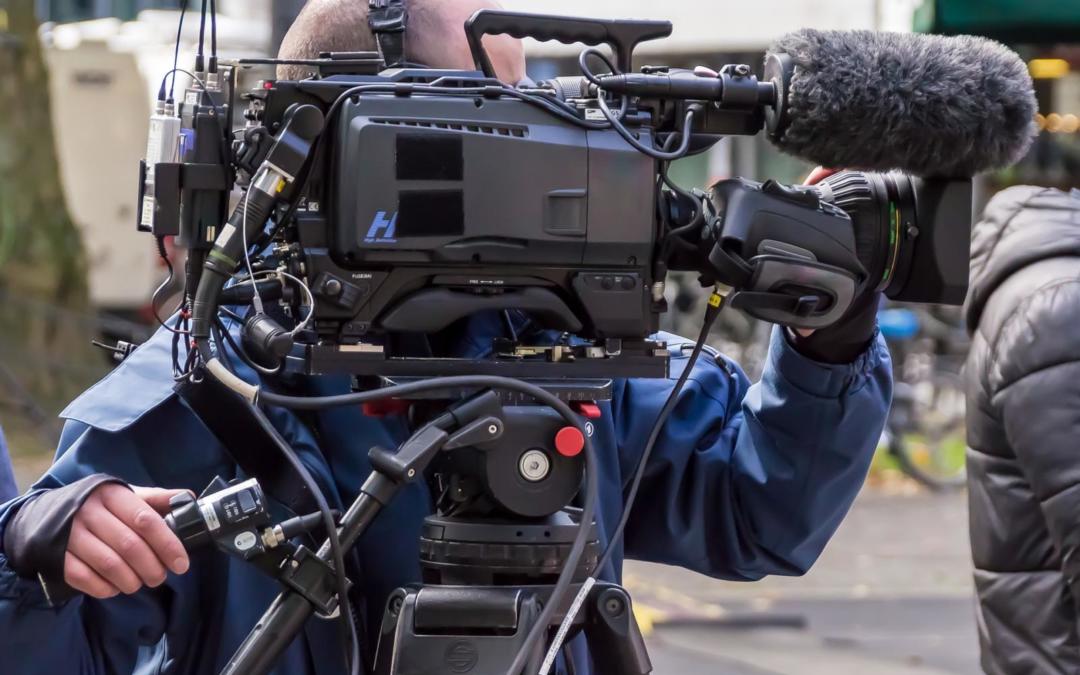 Back when I was thinking of moving to the Languedoc, I remember catching up with a colleague at a Seattle cafe. When I told her our plans she said, “The Languedoc…wait, I think I just caught a HouseHunter’s International episode about that part of France!” Sure enough, she had seen the Eva Hamori and her family featured in an episode about their search for the perfect home in Capestang. In fact, the Hamoris have now been on the program two times, once for the initial visit and another for a follow-up feature eighteen months later. Today’s post, originally posted on Eva’s blog, explores the ins and outs of having a reality TV camera crew trailing you around a small French village. Settle in, enjoy, and don’t forget that Renestance can help you house-hunt as well, no cameras included! 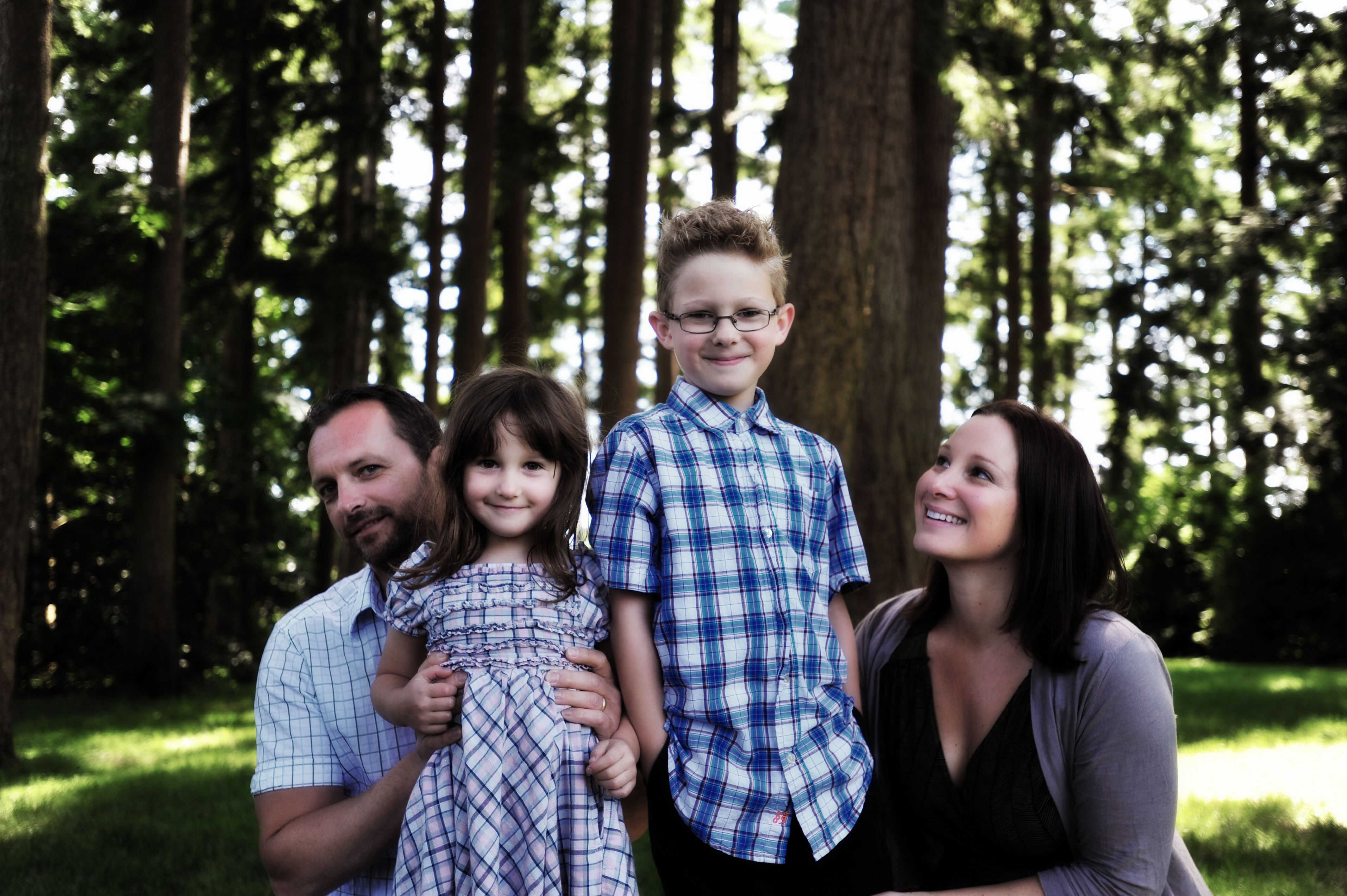 The Hamori family shortly after their arrival in France.

HouseHunter’s International is an offshoot of the original reality TV show, except, like in our case, the people search for an international house, either for holidays or a permanent move.

Our first experience filming was fabulous with our four complete days of: lights, camera and action- for our episode Lucky in the Languedoc. After airing, we were contacted by an on-pour of people. It has been a tremendous experience and we have met fellow travelers from all over the world.

HouseHunters returned for a follow up episode eighteen months later to see how our family is doing. With business start-ups and a new language they sure were surprised at how much we accomplished in such a short time. 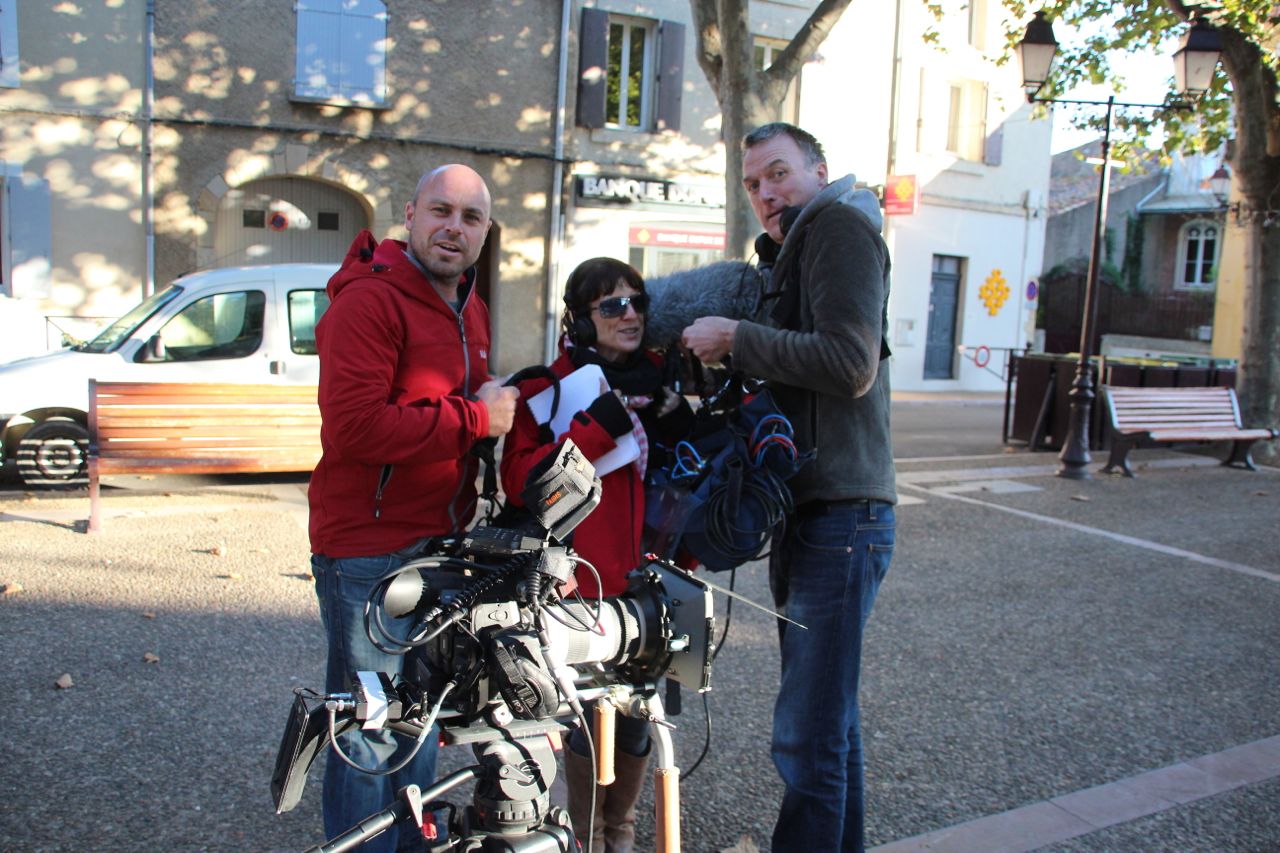 Meeting the Crew of HouseHunters International

I opened the door to meet: Ed the cameraman, Jeremy the sound guy and lastly Madeleine our director/producer. They started out filming Daniel and his baguette delivery service and why not? Daniel so far has bought himself a new BMX bike and a scooter with his earnings. Not bad for a 9 year old kid! With a steady stream of tenants in our rental guest quarters all summer long, Daniel manages a good business which collects around 3€ a day including tips. They filmed Daniel purchasing his baguettes from the bakery, making some deliveries to his customers and all with a GoPro camera on his helmet. It was a proud moment for Alfonz and myself and I hope the footage ends up on national TV to share as part of our adventure with North America, but it really depends on how they want to tell the story. 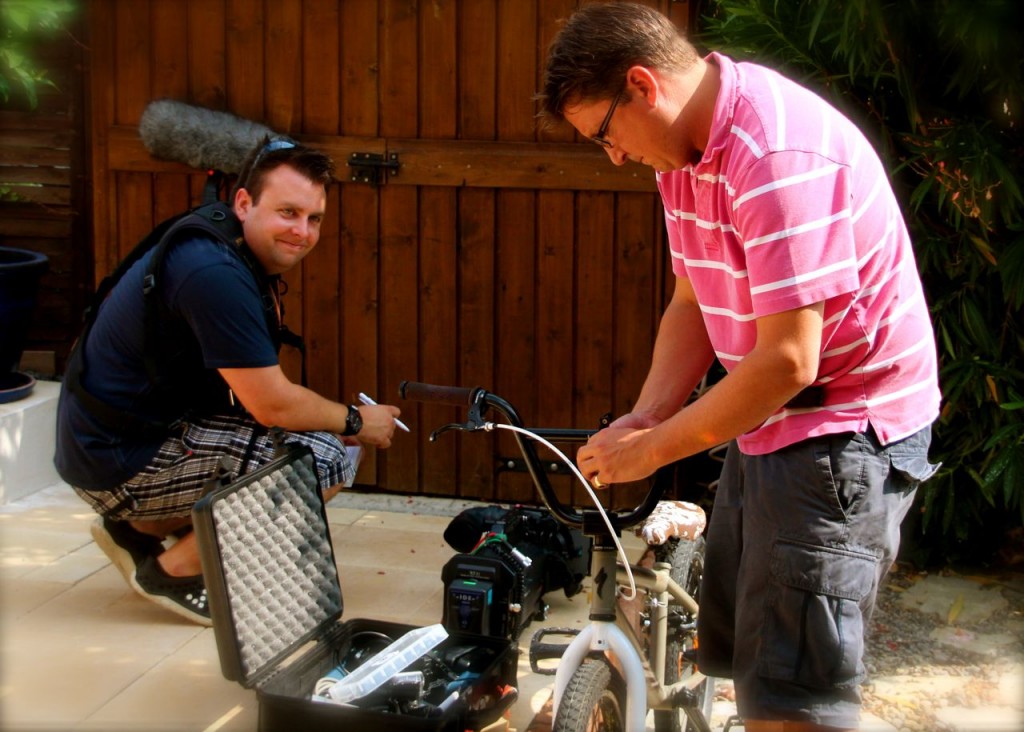 We went to the market early in the am to gather food for lunch and dinner, all traditional French items that we eat often here in the Languedoc. Olives, sausage and piles of cheeses to try alongside our bakery items, I prepared a cold lunch for our group.

Alfonz took the crew for a wine tasting tour to Domaine de la Provenquiere next, where Francoise met and entertained them.

When the crew arrived back home, they interviewed us. They asked us a hundred questions about our new life in Southern France. We were happy to answer. I only hope our enthusiasm shows on camera in the final cut, and of course that my new dress Cecile helped my pick out looks fab. Just being honest…

Our friends arrived at our home around 18:00 for an early meal. Alfonz fired up the BBQ. Traditionally we start cooking after 20:00 but for the cameras, you need light. Alfonz made special marinated duck breasts for them to try. Cecile made a ham and cheese quiche from scratch, Anne brought huge beefsteak tomatoes from her garden and Francoise donated a box of pink bubbly for our soirée. Our friends and their children were good sports to be on TV with us. The kids particularly enjoyed hamming it up for House Hunters – Where Are They Now? 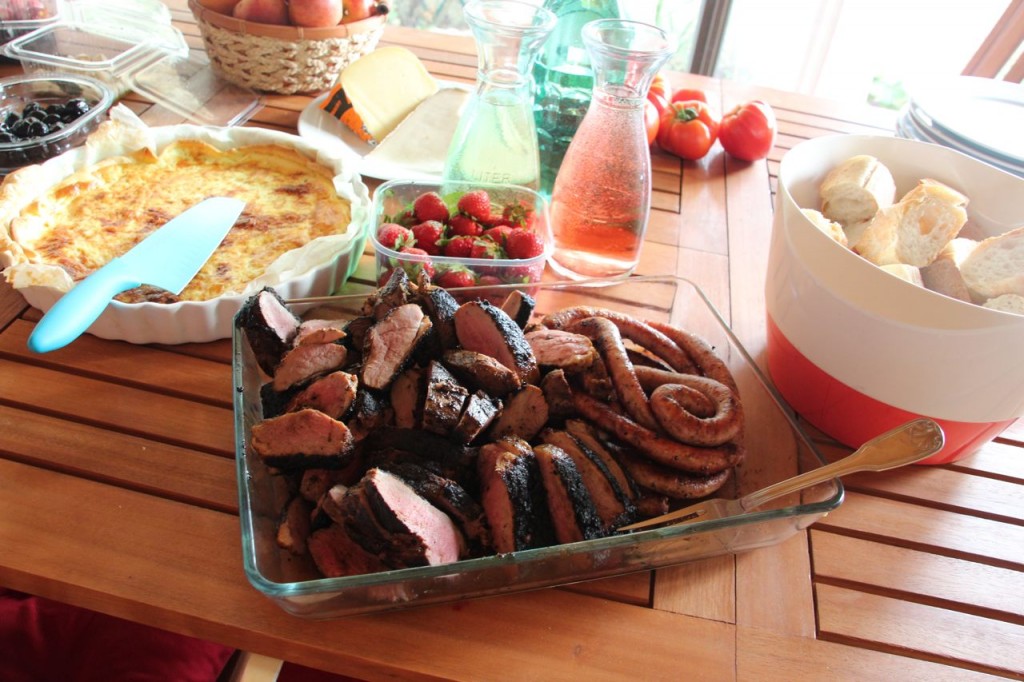 Being on a Reality TV Show in France

Online, I get some opposition for participating in reality TV programs. I guess the big question is why would I subject myself and our children to scrutiny. Well, we wanted to share this special place and this time in our lives with our friends and family back home. Not everyone can vacation to Europe and this allows us to show others how to do it.

We believe in something different from the way we were raised. Instead of living to work, we decided to work to live. Moreover, live we do! By sharing this message, we let other people who are feeling unfulfilled when part of the rat race, that there are other ways to live that do not revolve around your job. The message seemed more important to us than perhaps looking like idiots on TV. Happily, we are pleased with the end result of the first episode.

Capestang happens to be the place we picked when anywhere was an option. After weighing out many countries before and after visiting them, we narrowed down our search to the Languedoc region of France. Once we found Capestang, we felt it was nearly perfect, if only we could just find a way to stay, by making a viable income. After eighteen months not only did we accomplish what we needed to but found a wonderful circle of friends in the process.

I am proud of my husband’s patience, his desire for change and our ability to handle it. Moving across the world to start again at nearly 40 is truly not for everyone. You will question your judgment, put intense pressure on your relationship and stress on your children. You do not know how their character will play out during the travelling or the settling down. 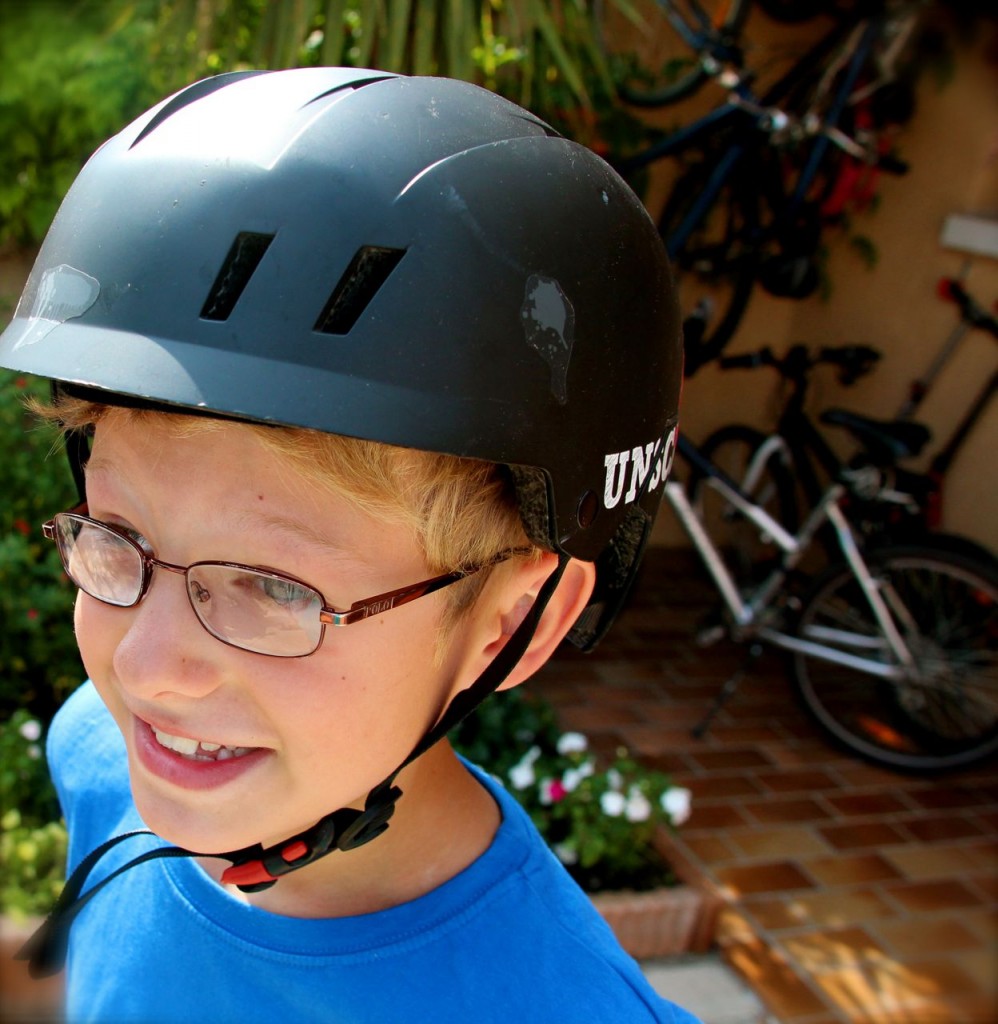 Going after your dreams

The only advice I can give as a Canadian expat living in southern France is to go after your own dreams. If that means retraining for a new career, buying a new home, changing your look with a fancy haircut, trimming the fat with a weight loss program or even something as crazy as selling everything you own to move to France- make sure it is truly what you dream. Following other people’s dreams will not find you happiness. First, you have to do the work and figure out what makes you happy.

It has been four years come August 2nd since we left Canada to look for a new life based on the time currency theory. Did we find what we were after? So far so good!

Interested in learning more about how the Hamoris narrowed down their search in the Languedoc?
Read Eva’s post, and don’t forget that Renestance can create a custom reconnaissance trip for you to find your perfect location.