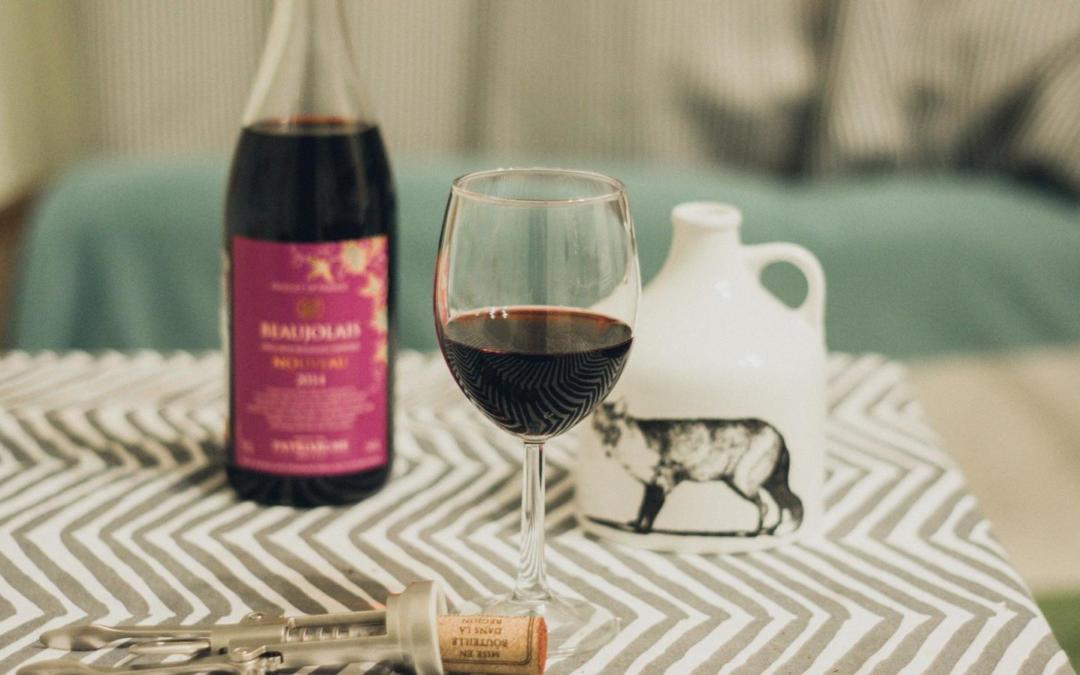 Part of the appeal of relocating to France is the availability and variety of sumptuous local foods and delightful wines. Beaujolais Nouveau – the cheeky little wine that caused so much excitement overseas in the 1980s – has never really gone out of fashion here in France.

Recently, there’s been something of a revival, and the wine producers are ensuring that there’s a quality product behind all the hype.

Drinking a wine ‘young’ isn’t a new idea –but in the case of Beaujolais Nouveau, it’s around six weeks after harvesting the grapes. Traditionally, this light, cherry red wine was drunk to celebrate the end of the harvest or vendange. Beaujolais Nouveau is made using the Gamay grape that was introduced by the Romans. To gain the Appellation d’Origine Contrôllée (AOC), the grapes must be harvested by hand and the wine produced using the whole grape, avoiding any bitterness from the skins.

The date of the harvest will vary slightly, depending on when the grapes are ready. The wine is bottled 6-8 weeks later (rather than continuing the fermentation process until spring). The wine is light, fresh and slightly sweet – and best consumed as a young or primeur wine before the following May.

Beaujolais Nouveau Day (this year on 17th November) is the official launch date of wines made from the same season’s harvest and is the third Thursday in November. Special events, parades, fireworks and tastings mark the occasion. The majority of the festivals are held in the Beaujolais region itself, the most famous being the five-day celebrations in the regional capital, Beaujeu.

Georges Duboeuf, one of the key Beaujolais producers, was instrumental in the energetic marketing campaign in the 1980s that saw the wine propelled to international fame with tagline, Le Beaujolais Nouveau est arrivé! The traditional harvest celebrations were turned into a race to bring the first bottles of the new vintage to Paris after its release. 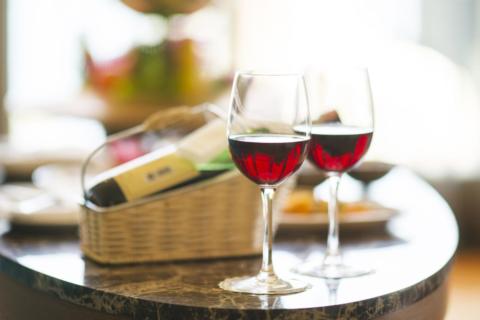 Image by Engin Akyurt from Pixabay

This cunning ploy succeeded beyond the wildest dreams of the marketers and négotiants. Suddenly, there were races to bring back the first of the new season’s vintage to the UK, the USA and even Asia with competitors adopting unusual modes of transport and dressing up in the spirit of celebration. Wine drinkers around the world were enjoying Beaujolais Nouveau!

Perhaps inevitably, inferior quality wines soon flooded the market and consumers weren’t impressed. Genuine producers had to dump or distil their unsold wines, and in the latter part of the twentieth century, Beaujolais Nouveau also had to compete with the rise of reasonably-priced, quality sparkling wines, such as the Catalan Cava.

Today, there is a concerted attempt among wine producers to ensure that Beaujolais Nouveau is an appealing, quality product, worthy of the festivities that surround its annual launch.

Usually, ‘Nouveau’ wines are available in wine merchants, restaurants and supermarkets at a minute past midnight – the official release time.

Critics’ opinions still differ in their appreciation (or lack of) Beaujolais Nouveau and Primeur wines. Some appreciate their zesty, youthful exuberance; Others definitely don’t!

Our conclusion? We suggest that the only way to find out about Beaujolais Nouveau is to try a glass or two yourself!