Any Excuse for a Party…. 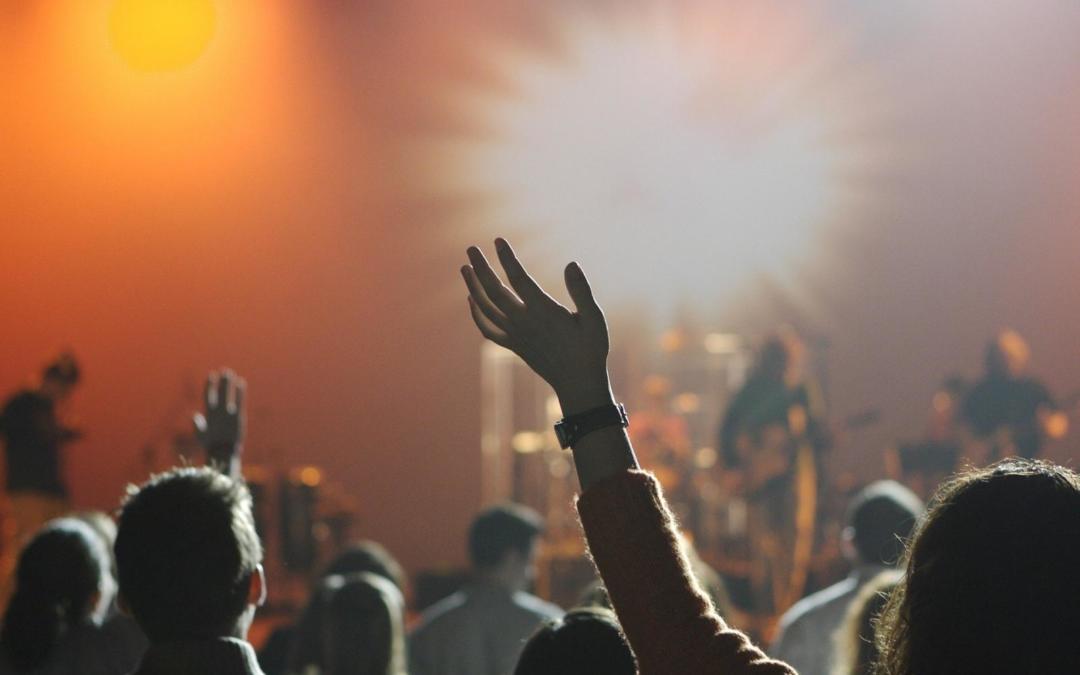 Summer in the Languedoc isn’t just about lazy days at the beach or wine tasting at local domaines. At some point in July or August, you will find that the party has moved to your own doorstep. Here at Renestance, one of our favorite parts of summer are the widespread fêtes du village.

In addition to the larger festivals and weekly Estivales, even small villages will sponsor a fête which lasts anywhere from three to five days. You may be ready for the ear plugs by the last night, but wandering down for a gander is an excellent way to get to know your neighbors. In this week’s entry we have a guest post from blogger Eva Hamori of “That’s Hamori” who looks forward to the Capestang fête each summer. Eva moved to this canal-side village in 2011 and has been writing about her adventures ever since.

Fête d’été was the highlight of our first summer living in the Languedoc. In Capestang, the celebrations this year run from Friday July 31st to Sunday August 2.

Last year, three separate stages near Jean Jaurés Square ran different musical venues in the afternoon and the evenings throughout the festival. Tables and chairs were set up on closed roads and even in the square itself to accommodate extra visitors of tourists and the locals from neighbouring villages.

On the far side of the square next to the stairs leading to the Provence Italian Restaurant, the city set up the local fair with rides for the children to enjoy. Daniel and Angelina spent most of their allowance on the fair grounds and came back to our table at Cafe de la Paix with cotton candy, Nutella filled donuts and prizes. 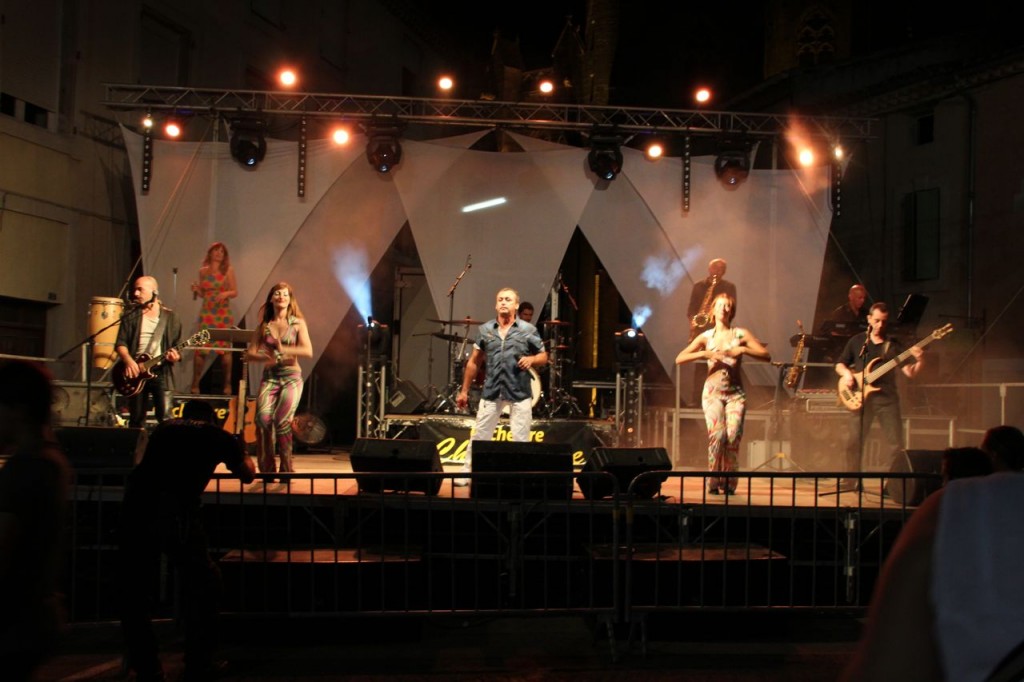 Goulamas’K kept us dancing until 2:00 am

The most memorable band was Goulamas’K and their original folk/rock sounds that remind me of Celtic influenced bands back home in Canada. At times, the music got heavy and their energy was infectious. They really got the audience riled up.

The ACDC cover band rained out last year, but I did hear them in rehearsals in the afternoon and hope, with some luck, they return to Capestang and give some us die hard fans a taste of some good old fashion hard rock.

During the festivities, there were DJs in the main square that played more mellow tunes for the relaxed audience. 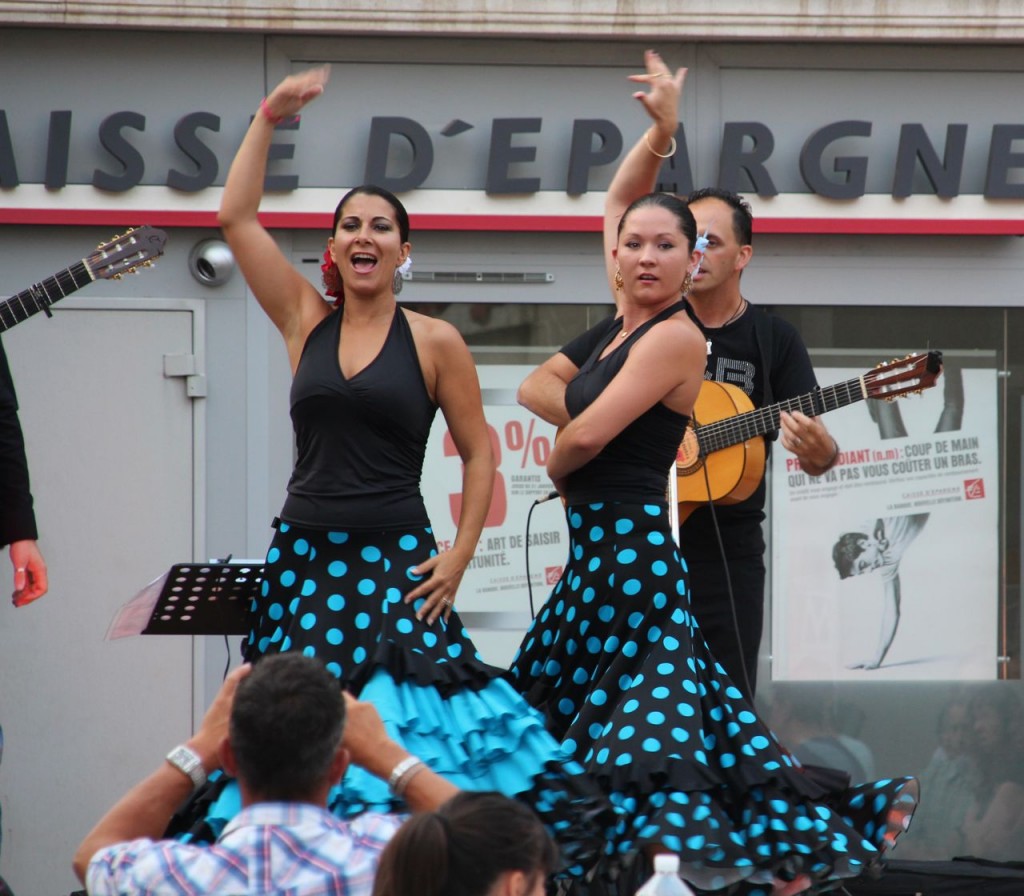 Flamenco dancers performed to a Spanish guitar trio and even cheerleaders mingled in the streets. With so much to do during the five-day fête, it was hard to see everything.

Children are along side their parents, a very socially accepted practice and one I have adopted as our own. Back home in Canada, we had babysitters on speed dial and hired them for date night. Here, our family walks to the square and enjoys an evening out with our community. The children find their friends in the jamboree, and dance and play together, as the parents take turns looking out for them. 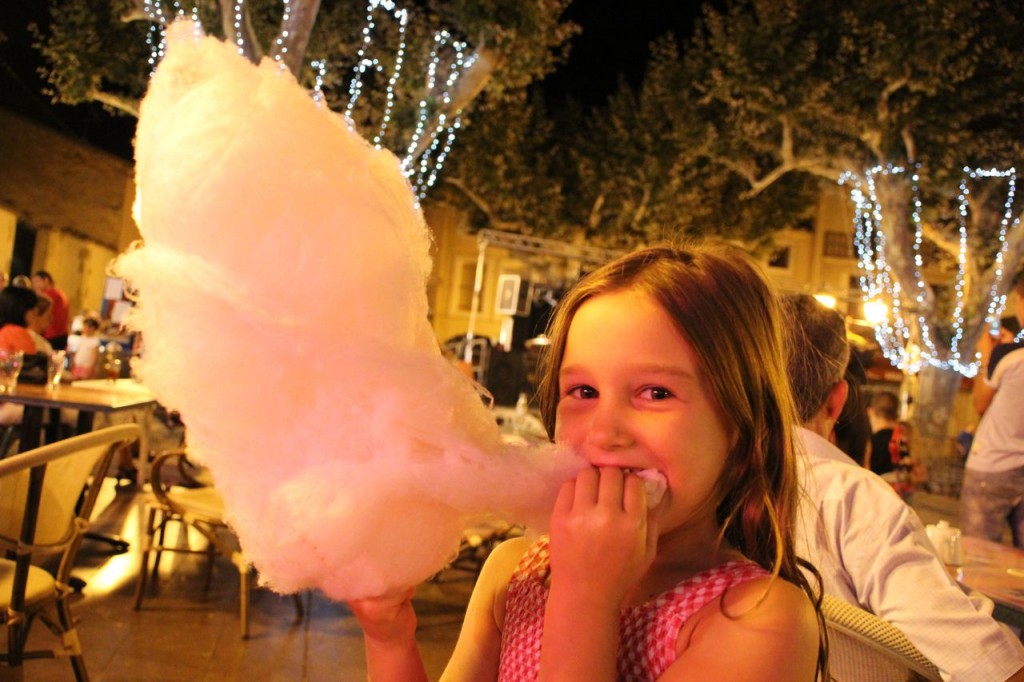 There was food to try at the five-day fête as well. Sausages and oysters served up at stands near the Kindergarten, who raised money for different charities. Our local Capestang Handball association will be back again this year serving up food and drink. Inexpensive beverages and food makes a great combination for a good time.

Another stage was set up in the parking lot behind the square towards the canal. They catered to a younger crowd and blasted dance music into the street. The parking lot was full of tables with benches and jammed pack full of people. Their doors closed in the early morning hours when the last few young adults staggered home. Here they served up tapas and paella to the public. 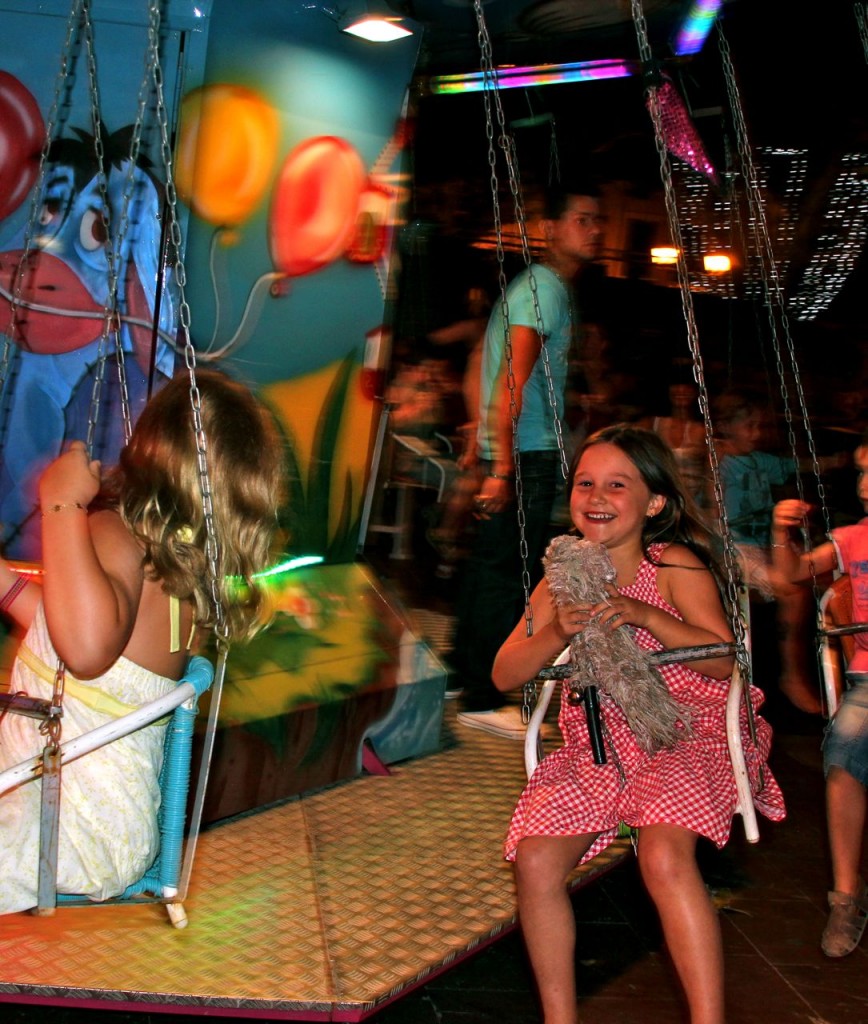 An eighties retro band played the last night of the fete. Their group did not stop moving during their entire performance. It is difficult to dance and sing at the same time. However, these girls did, changing clothes every few songs. They played for over four hours straight, alternating between a male and female lead vocalist. That’s entertainment and we stayed until the wee hours of the morning with our Belgium guests, dancing in the swarm of fellow partiers.

Each morning the street cleaners went through Capestang and by the time the public congregated back to the party, it was fresh again.

Not certain what this years’ festival will bring us in terms of musical venues, as the bands usually book last minute and most play free. Nonetheless, I do know it will be a memorable festival!

Remember to show your love, buy the bands beers and tip them when you can. Musicians are top notch in France and woefully underpaid.