A Taste of Christmas in France 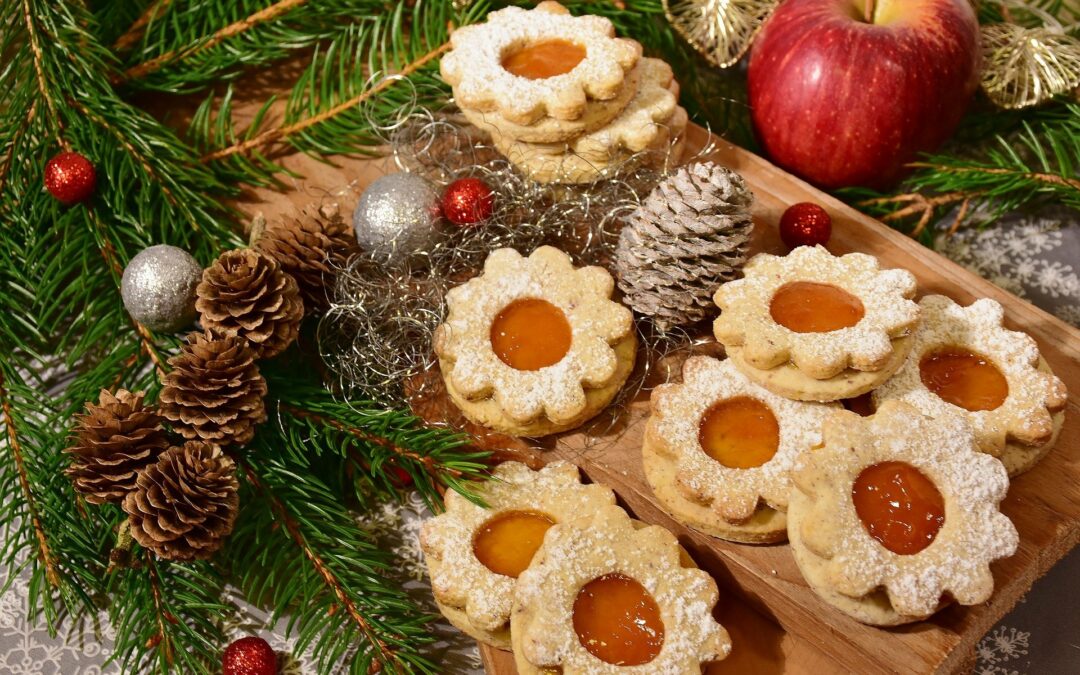 So you’ve been lucky enough to be invited to Christmas dinner with French friends? Congratulations, you’re in for a treat!

Pretty much every country in the world with a significant Christian population has its own Christmas traditions. In the UK the main Christmas meal is generally an over-sized roast turkey lunch served sometime between mid-day and late afternoon on 25th December.

Celebrating Christmas the French way highlights several yuletide differences. Whereas in the UK Christmas shopping is like a fever and starts sometime in September, in France the festivities tend to start in late November or 1st December.

In France almost all the family celebrations take place on Christmas Eve, including in some parts of France the giving of gifts, and of course the big family meal, known as Réveillon.

The Réveillon meal is very much a family affair with preparations starting sometimes days before the meal. Starting with a glass of sparkling wine, whether it be Limoux, Clairette de Die or Champagne, is very much a tradition, with amuse-bouche available to help cushion what is usually the start of a very long evening!

As an indulgent family-oriented event, a mainstay of the starters is foie gras, along with oysters (huîtres) or scallops (coquilles St Jacques) to fulfill the role of a seafood course. Dry white wine would be served for those opting to enjoy the seafood, while many hosts will provide a sweet white wine (such as Montbazillac or Muscat) to compliment the foie gras.

The main course will be a traditionally cooked fowl such as guinea fowl (pintade), pheasant (faisan), turkey (dinde) or very often capon (chapon). As with a lot of French cooking, the bird, particularly in the case of the capon, is often served slightly pink in the center. This is not a health issue if the bird has been sourced properly, but can be a bit of a shock to some people!

Although the French do not have a direct equivalent to typically British sage and onion stuffing, some regions favor a similar dish made with chestnuts and mushrooms.

Here is where one of the differences in culture may be apparent: although there will be side dishes and vegetables, the quantities served will be relatively normal, unlike the slightly stereotyped ‘blowout’ of the UK tradition!

At this point a relatively long break before the cheese board may be observed in order to catch up with family, perhaps exchange small gifts, and consume some of the host’s choice of wines. The cheeseboard will eventually come out and remain on the table until the conversation turns to dessert.

The conviviality of a family meal of this stature means that by now it is probably living up to the somewhat loose translation of Réveillon, to stay up late!

The traditional French Christmas dessert is a ‘bûche de Noël’, or Yule log. Sponge cake rolled around a chocolate filling, with a rich chocolate frosting normally decorated with miniature Christmas decorations or berries. Some areas of France have their own Christmas traditions such as the thirteen desserts of Provence. This tradition has its roots in the religious side of Christmas with the 13 desserts representing Jesus and the 12 apostles. The desserts consisting of nuts, fresh and dried fruits are set out Christmas Eve and remain on the table for three days until December 27.

The one aspect of a French traditional Christmas that has not been mentioned is the midnight mass. In the latter half of the 20th century, it was customary to attend midnight mass. The meal would be eaten around attending church. As with many religious customs this has somewhat fallen by the wayside as the festivities become more commercial.

If you’re celebrating Christmas this year, whether in France, the UK or anywhere else, we at Renestance send you warmest and most delicious wishes!