10 Reasons to Buy a Property in France After Brexit 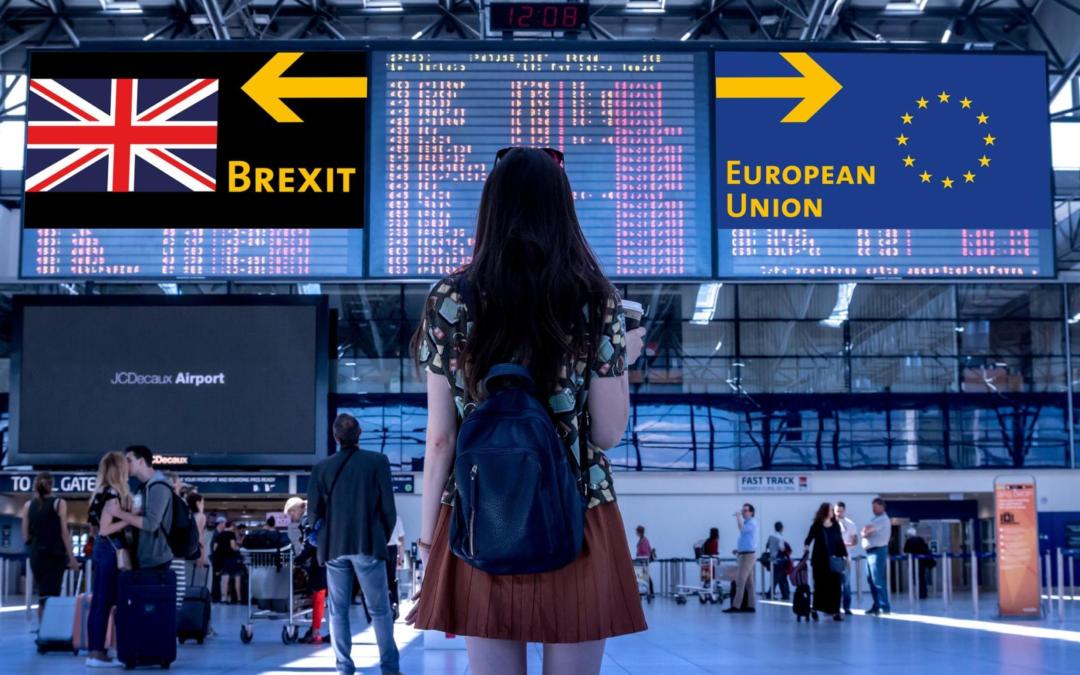 Last week the British government triggered Article 50 and the formal start of the Brexit process has begun. It’s a highly controversial subject and opinions have divided businesses, friends and even families. Love or hate the EU, English artist and Francophile Barbara Walton in the Limousin gives 10 reasons why a new life in France could be your next best move.

“Whether you are for or against Brexit, there are good reasons to relocate to another European country now that Britain has chosen to leave the EU.

Britain might not remain Britain for long. Scotland may well choose independence in order to stay within Europe. Would Northern Ireland finally join with the rest of Ireland to stay in? It could be that we’re looking at Exit rather than Brexit if England is left behind by the rest of the British Isles.

In the recent referendum ‘the people’ of Britain were asked whether they wanted to stay in the European Union or not. Of those who voted, almost half voted to remain in the EU but slightly more voted to leave. Whatever happens, half the population will be unhappy in Britain. Many are exploring the idea of leaving Britain to find a happier and more secure place to live.

What are your choices? Stay and try to ameliorate the situation somehow? Stay because you have no choice? Or vote with your feet and move abroad to live in another European country – for at least some of the time depending on what comes out of the negotiations? Remember Guy Verhofstadt is suggesting that one solution to the problem is individual membership in the Eu for British people.

Each European country has so much to offer, but I have lived in rural France for almost fifteen years and I would like to share with you the benefits of buying a home in rural France in these uncertain, Post-Brexit times.

Benefit from all the rights and protections that the EU offers its members:

Theresa May has proposed leaving the European Convention on Human Rights. This will leave you at the mercy of whatever government becomes elected in the future.

Keep your freedom to move around and work in Europe, you don’t know what the future holds for yourself and for your children.

An added extra for anyone moving to France who would like to travel is the fact that you can get into your car and be in Spain or Italy or Germany in a matter of hours.

Benefit from the security of a large number of countries who have belief systems and standards similar to us. Be surrounded by friendly countries who pool their strengths for the greater good.

The EU regulations protect our rights, our safety and the rights of animals that we farm for food.

There is a big question mark over the economic future of Britain. Will trade deals be made to keep British standards of living as they are now, or will we be isolated from our biggest markets?

Save the United Kingdom

Nicola Sturgeon announced a referendum on leaving the UK on Monday 13th March 2017 in direct response to Brexit. Will the Union Jack become the flag of St George?

2. Survive a possible recession in Britain

If you are a gloomy remainer, like me, who listens to the much maligned experts, you will see Britain falling away to leave only England, you’ll see a race to the bottom in trade deals with the previous Empire countries and countries of dubious repute. America might be that special friend – or it might gobble up our industries and enterprises. If you are like me, you will see ten years of uncertaintly and recession ahead as England is passed over for trade deals. A recession from which, according to the experts (The Economist, for example), Britain will never recover.

If this scenario plays out and you don’t have pots of money, moving to France might mean that you don’t starve – which brings me to Reason number 3 – Cheap housing with lots of land. Act now as since Brexit the pound has plummeted and forecasts (by experts I’m afraid) suggest that the pound will reach parity with the euro in 2017. 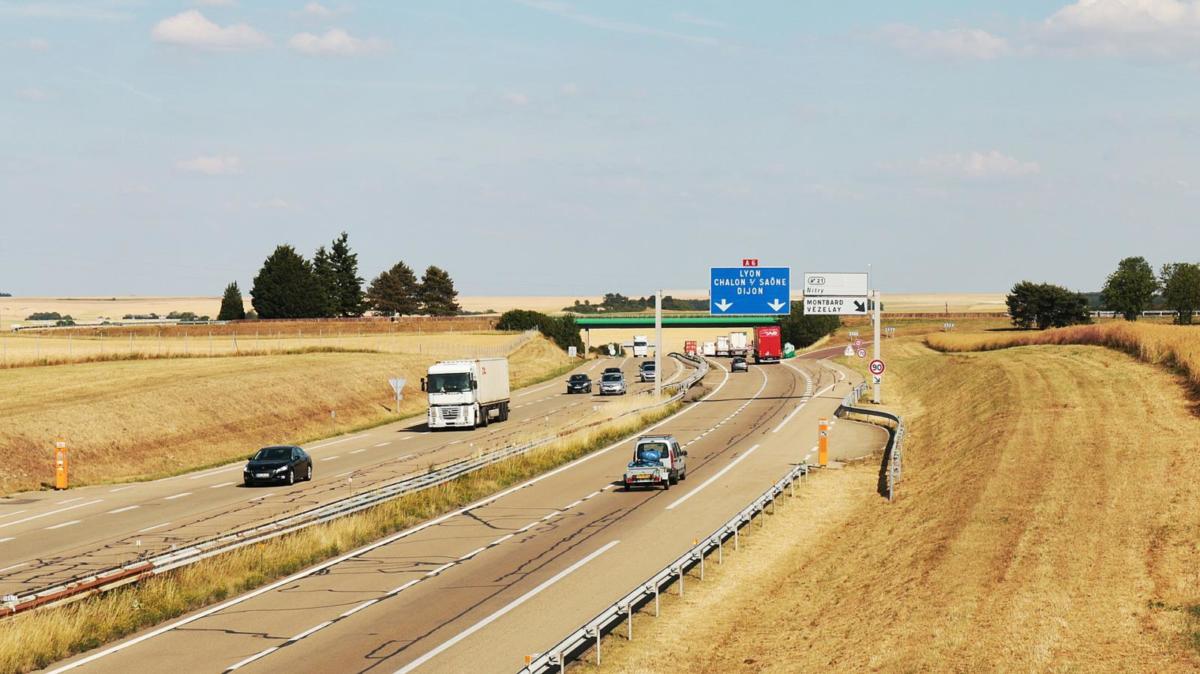 Image by luctheo from Pixabay

Just to give you a couple of examples of what you could own if you moved to our region of France. You can buy a four bedroom, fully renovated house for 140,000 euros with lots of land for horses or for several new houses. There are several toilets and bathrooms, woodburning stove and garage. All in a peaceful, beautiful rural setting only minutes on foot from a fishing lake with beach and cafe.

The farm below consisting of a two bedroom fully renovated farm house and an array of other farm buildings that would be ideal for a holiday cottage / B&B complex. It has a large barn and two smaller buildings all with planning permission for conversion to gites. It has spring water and woodland – ideal for anyone looking for an eco-build site.On the market for 180,000 euros.

These are just two of many houses. You can buy a basically habitable house (indoor toilet, running water etc) for perhaps 50 – 70,000 euros. The Brits have been holding off since the Brexit sword has been hanging over us so now is the time to buy!

4. Live in an immigrant-free zone (apart from British immigrants of course!)

It never fails to amaze me that a number of British people living in France voted to leave the EU and many of them came here “to get away from the immigrants” in the UK.

Two points especially puzzle me – firstly, they themselves are now the immigrants, although I think they prefer the world ‘expat’. Secondly, they are now totally surrounded by foreigners and are in the minority here. Anyway, they also seem to be very happy to move to France.

5. You can be self sufficient and survive in France

Lets suppose that the worst comes to the worst – you can buy a house with land to grow vegetables and raise animals, woodland and a well or spring water for less than a two up two down terrace house in Manchester. You can heat water and cook on a wood burning stove, you can light your house with petrol lamps. You can even get a horse or two. And if war breaks out they are unlikely to be gunning for us in the middle of woodland and fields.

6. Rural France is great for drivers

Rural Limousin has miles of empty roads, loads of free parking and is a great place to drive. No more traffic jams, no more car pollution, no more heart attack inducing road rages.

As you get older driving becomes more difficult so one of the advantages of moving here is that you avoid the hectic roads in the UK. Another advantage is that you are not subjected to tests at seventy.

Limousin is perfect for anyone who can work on line. It was one of the first areas to benefit from fast internet connections.

This is one of the main reasons to move to France – warm sunny summers and bright if cold winters. Say goodbye to miserable, grey, wet winters and disappointing British summers. Spring starts in March and Autumn extends to November so you have perhaps four months of winter. Save money on heating.

Having said that, winters can be colder, if sunnier, than most parts on Britain and, thanks to the government cheating pensioners by including the islands of the Caribbean as part of France when calculating average temperatures, you won’t get a cold weather allowance.

9. France is safe, clean and civilized

For any Brexiteer who wants to return to Pre-EU times, Limousin is the place to be. It’s like stepping back to 1950 – No litter, no crime, no vandalism, no noise, no graffiti – rural France is a great place to live and raise a family. I can’t tell you what it’s like in the outskirts of Paris or Marseilles, but here in Limousin people are really civilized.

People are so polite. When someone walks into a bank or a shop, they greet everyone. People shake hands, say Bonjour, chat to neighbours, swap vegetables and fruit. Children are fabulously courteous.

Pollution in British towns is reaching dangerous levels. You’ll live much longer, on average if you move to France.

The writing is on the wall for the National Health system. People lying on beds in corridors, long waiting times even for urgent care – they hope you die before incurring the costs of treatment. People who can pay are being encouraged / forced to go private. Worse of all, the NHS is run heavily by immigrant staff. Say good bye to foreign doctors and nurses, say goodbye to your operations and treatments. In France the health care couldn’t be better, faster or more thorough. They even care for you before you get ill with preventative medicine and tests.

Similarly, the education system adheres to the old fashioned values that many British people who long for times gone by will love. The children are polite and well-controlled, the syllabus traditional and academic. I found it too constraining and not lively enough – but it is up to the parents to provide the extra-curricular activities – sports, drama, art etc

I’ve put forward ten good reasons to move to France after Brexit but I can think of plenty more – good food, dark night skies full of stars, a natural landscape rich in wildlife, lovely neighbours, cheap and good wine …. I could go on.

Has Barbara convinced you to move to France?

Why not leave a message on the original article to tell her why you might want to move to France – or not?

The full version of this article originally appeared on www.toughnickel.com and is republished with kind permission from the author.